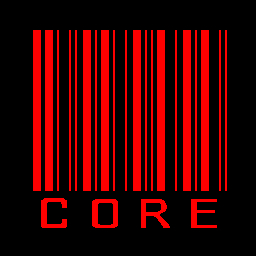 k wats this about??

Icons 6 Maps 1
Twelve players are divided into two opposing teams: one player is a vampire, while the rest play as humans. When human dies, he joins vampire team. The objective of the game is to annihilate the opposing team.

List of most notable differences from other Vampirism maps:

- Vampires need to build structures too. Dead units have a chance of dropping a Channel item, which allows vampire to build one Channel. Not only channels give money, they also provide vampires with experience until owner's levels is more or equal to numbe of channels he controls (i.e. you have 50 channels? Welcome to level 50). It is theoretically possible (and it was experienced in game a few times) to get lvl255 vampire.
- Humans use both gold and lumber as resources.
- Whenever a vampire dies, a vampire heart is created. If another vampire manages to bring it to his Channel, he'll be bale to resurrect dead vampire.
- One of humans can become a Blade - a strong warrior unable to build structures.
- Shops for humans
- Lots of buildings, almost three times more than in Vampirism Revolution. And same for upgrades.
- Random abilities for vampires.

For some reason i'm unable to put this into map info.

- One of humans can become a Blade - a strong warrior unable to build structures.
Click to expand...

I never seen this Blade
How to become him

Icons 6 Maps 1
It's just that other versions are too easy for humans.. Humans can win, and we won numerous times.

Maps 2
There were so much maps about this kind ... boring :?

Maps 1
yeah, its more fun when there comes a brand new map instead of all the old things we've seen before :S

Maps 2
This map doesn't work on current patch, I vote for rejection, as I am unable to play it :/
You must log in or register to reply here.

Battle of Arm and Core V2.2