Xing Tian - The Headless One 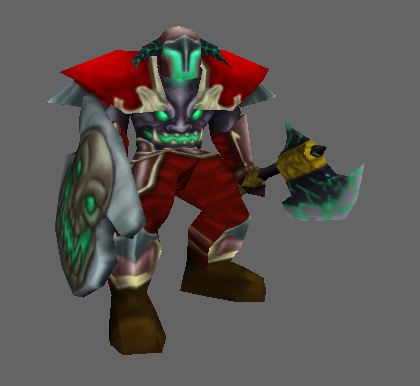 This bundle is marked as approved. It works and satisfies the submission rules.
View usage Statistics Legacy download
Reactions: Gags, Ceterai, Achille and 7 others
Entry for Texturing Contesting #30: Mythological Characters

The restless warrior who still seeks revenge and continues to fight although he is beheaded.
Previews 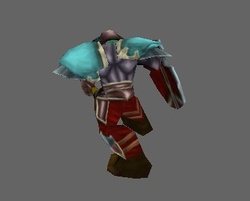 Xing Tian - The Headless One (Texture)

Hawkwing
Great work! I love the shield. I find it funny that he is named the "Headless One" yet he has multiple faces designed into his armour. Overall it looks quite nice, but my biggest gripe would be the helmet. It is hard to make out exactly what is going...
Read full review...

I hope some day someone will make a shiny, gold skin for this model.

Models 16 Icons 3 Packs 1 Skins 8 Tutorials 1
Great work! I love the shield. I find it funny that he is named the "Headless One" yet he has multiple faces designed into his armour. Overall it looks quite nice, but my biggest gripe would be the helmet. It is hard to make out exactly what is going on. The shapes could be better defined. If you are intending to create the suggestion of a glow from inside the helmet, perhaps it would help to paint in some illumination in the surrounding area, such as the upper torso and shoulders. At the center of that glow I think you should also almost be hitting white. At the moment I am not quite sold on the fact that there is light or flames being emitted from inside the helmet when the values are so dark. Maybe I am interpreting the intended look wrong, in which case, please disregard my feedback, but this is the impression I got.

oh! it's a good skin. nice . but personally ，i think this skin is too gloomy， Xing Tian shouldn't be gloomy and frightening. he fight against the power. he never bend to the fate , Of course, he is a hero !

Please let me introduce the story。

The ancient china hero：xing tian . Xing Tian is a god and the great hero. his story recorded in the book named《mountain and sea》。the story said Xing Tian fight with the Di. Di means the god emperor and the great emperor . Di cuts down Xing Tian's head , Also,Di took a mountain to hold down the Xing Tian's head for fear that the head return to the Xing Tian's body. Xing Tian lost his head, but he not die ,he never give up ! he use the chest as eyes ，and use the navel as mouth in order to continue fighting! Sadly, he can't find the Di once more. His story is tragic drama, but most chinese love Xing Tian's story, and regard it as a symbol of courage in adversity, because it shows never bend to the power.

For those that don't know this Xing Tian skin seems to be based off of Smite's(moba game) Xing Tian, that being said it looks pretty spot on to that one.

Skins 2 Templates 1 Sounds 1 Tutorials 11
Nice. Decent highlights and shading. Please provide an ingame screenshot.
You must log in or register to reply here.

Is it any Headless Horseman Model Out? //Yano