This bundle is marked as approved. It works and satisfies the submission rules.
View usage Statistics Legacy download
Reactions: AnthonyRiver, GhostOfPast, gusanomental and 3 others

Alternative World War.
Select one of four factions and battle other player or bots. It is an important part of the game to gain experience from kills, killstreaks and production to skill active and passive abilities for your army. Each faction has it's own abilities, buildings and units.

What makes Unmodern Warfare a special map and worth it to try ?
For me, it seems like a mix between Starcraft and Warcraft III. Factions are designed individually and the required micromanagement is somewhere in between the both mentioned above.
In addition killstreaks and special weapons give it an individual taste a la C&C.


Have fun and enjoy Unmodern Warfare by
Herohatcher
Do not fotget to rate and visit the official website
Website: UMW-Website 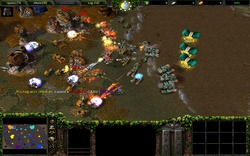 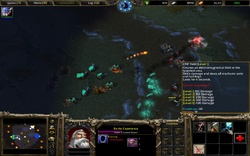 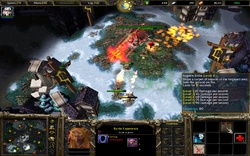 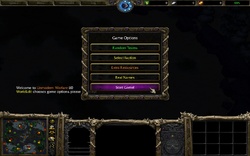 this map is awesome

Maps 24
Have tested it only once, and very quickly, but I could notice that when you product units like marines, which spawn 2 at time, it happends that with the 2 unit you go over the food supply.
Also fix other minor things like the "not enought food/wood message"

As the map is now I vote 4/5 and hope to see it approved.

I would really like to see how the game would feel with a faster move speed on all units.
Last edited: Jan 30, 2013

I think adding heros in this map are bad! SO don't make things like that focus your attention in the systems , camera , units and spells.

Icons 1 Maps 7 Spells 1 Tutorials 1
I gave this a play and I enjoyed my match against the AI.
I think I'll rope my friends into playing this with me, it's fairly well done and the content is decent, lots of lovely upgrades to research and a decent variety of units.

Models 187 Icons 126 Packs 7 Tutorials 2
I've played some matches against the AI with and without human players on LAN and I come to the conclusion that this map is in fact quite cool.
The factions are rather interesting to play and the systems are well put together.
However there some bits that I don't really like:

- You cannot 'harvest' steel. Steel is a product of iron and carbon. So I think you cannot get those from steel mines or something. Just use iron or just metals.

- Way too many information on the units. I don't need all their stat. I just need some description, its strength and weakness and perhaps some fluff text.

- A.I. is pretty damn hard when you play alone against them.

This is cool although the ai is kinda difficult its very challenging,I like the models you've used. 5/5 the only thing I don't like here is snow, I liked forest or village tile sets. Well anyway that's just me I'm not saying your map is bad or I hate it just becuz of the snow thing OK.

This is indeed an awesome map, i just found a little Bug/Problem or maybe im just a little bit blind. The Upgrade/Building Valhalla, to get the Ultimate German units, is nowhere to be found. Next Problem, even if i destroy every ohter main building there is no text field or popup that i won the match. Im still giving 5/5

23:59, 9th Feb 2015
StoPCampinGn00b: Map approved. Two other UMW maps are approved and this one qualifies as well.

I don't know if the description was updated after you stated this, but a video is actually better than screenshots

Love the map! I downloaded your other one though, the gold fever one.

Having alot of fun with it, together with a friend of mine. Is there a difference in difficulty of the AI between easy, normal & hard?

Thanks for the updates ;D


Another wonderful map form from your Altered Melee series, I couldn't much say anything about the un-modern materials being represented in each race. But I got to say, its quite creative and very tech-worthy when it comes to infantry units and vehicles.

The terrain is game worthy as well, however my first test in the map was I thought the shallow waters are customized for being a deep sea variant, then I realize I can actually walk into it, especially when the AI also behaves like it doesn't move in other regions through the shallow waters as well in the first minutes of the game.

Lastly, the position of the button about Self Destruct for buildings seems a bit out of place, I suggest you move it just in the left corner of the coordinates tab, that way it won't make the upgrades/cancel buttons go jumping on all vacant coordinate buttons.

Maps 3
All UMW series are good

This is the closest i'm getting to a warcraft 3 shooting game, except for playing melee with a single rifleman. More realistic then Call of Duty at least.

Some positive points that I want to mention particularly:
+Nice Control-Point system
+Nice, creative and properly functioning commander system. Not too micro-intensive, fitting, useful.
+Good resource system. I like that steel has healthbars, very convenient.
+Working AI. I imagine that took a lot of time and effort, so well done!

Some negative issues - all of them fairly minor:
-Grammar and typos. 'Attackdamage' is two words, as much as I understand your inclination to unite them. 'Ressources' has one 's' and I've seen a typo or two in other places ('dmamage', one of early USA buildings/units, don't remember which exactly). Also, Control Points are probably 'captured' rather than 'conquered'

-Hotkeys. They are mostly functioning as QWER, but not everywhere. Example: USA buildings (Engineer build-tab), which had some incorrect hotkeys. The fact that you often don't indicate them is alright, but not perfect, IMO.
-Some misspelling in Russian (for USSR): 'Na zdorovye, comrade' and 'Strelets' is what I spotted.
-Buildings that have passive abilities (auras) should not have them while under construction, right? That is easily fixable with simple GUI triggers (begins construction>remove ability; ends construction>add ability). I had this issue in my mod as well.
-Another minor improvement that I did in my mod: upon selecting a race, workers should ideally be offset towards the gold mine (like in War3), not 'south'. This can also be easily done via GUI triggers (point with polar offset: player start location offset towards a random gold mine within 900 range).


Overall, fun to play, with no encountered bugs and just some minor aesthetic flaws, which hardly damage the gameplay at all. A well-deserved 5/5!

Maps 2
Fun to play, with no encountered bugs and just some minor aesthetic/grammar flaws, which hardly damage the gameplay at all. A well-deserved 5/5!

Reforged HD Models 10 Reforged HD Skins 4
How do you do the US Tank's Load ability?

Maps 6
Hi Len,
The load abillity was made with the help of triggers: when a Ranger is loaded into a tank or carrier, the tank recieves a modified "phoenixfire" abillity, which fires automatically at enemies. When the unit is unloaded, the tank loses the abillity.
The abillity can stack and is also affected by weapon upgrades

Herohatcher said:
Hi Len,
The load abillity was made with the help of triggers: when a Ranger is loaded into a tank or carrier, the tank recieves a modified "phoenixfire" abillity, which fires automatically at enemies. When the unit is unloaded, the tank loses the abillity.
The abillity can stack and is also affected by weapon upgrades
Click to expand...

Can you PM me the step-by-step list if you can? I have like zero knowledge on custom spell triggers.

Maps 6
Hello fellas,
Version 1.10 comes with a big change:
Resources gathered are greatly reduced to slow down the game.
It would be great to hear your opinion about that

Units and especially infantry move quicker.
Japanese Samurai got nerved down by ca. 10%, due to reasonable complains.

The bots are overall reworked to challenge you in solo play or fill those spots
on your next LAN-Party. But beware, they give you a tough time up from 'medium'.

very cool map i feel cute when i play it :v
You must log in or register to reply here.