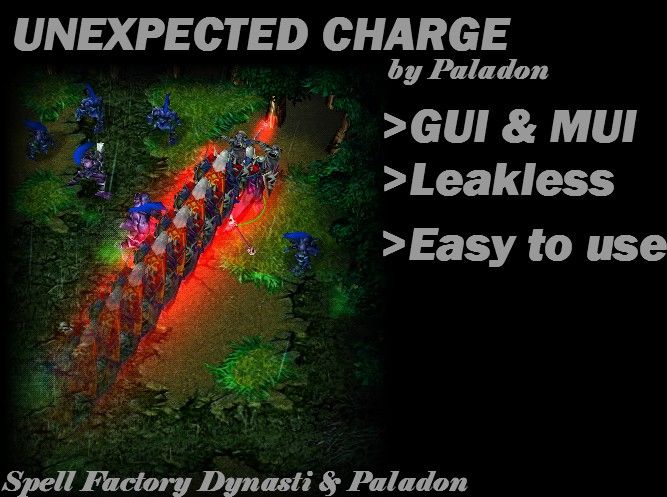 This bundle is marked as approved. It works and satisfies the submission rules.
View usage Statistics Legacy download
Reactions: Warseeker, Maximum_Evil, ZlatniLav and 2 others

Asomath;953816 said:
Description: The caster moves at lightning speed to a random unit in an area. Enemies can see the hero as he moves, but can do nothing to stop him. When the caster arrives at the target, he is behind the target, and resumes his normal attacking.

Bare Effect: Alright, here is how the spell works. The caster moves to a random unit from a group of enemy units in a “region”. However, within the region, if the enemy unit is within 200 (of whatever warcraft uses as measuring units) of the caster, that unit can not be chosen as the target for this effect. The caster must be able to be seen by players as moving to the target, but must be fast, as in, this needs to occur within 1 or two seconds. If there are no units valid for the target of this ability, the ability does not fire.

Preferred Bonus’s: [All done]
-I would like it if summoned units, even if it is out of the 200 area of the caster, does not count as a target for the ability.
-If you like adding eye candy, since they are moving fast, some sort of transparent trail would follow.
Click to expand...

Map Info View Resources In Use Preview Triggers
Reviews
12:47, 8th Feb 2009 Hanky: Advice: 5 points are the highest rating and 1 point is the lowest rating. Documentation: 5 Visual Effects: 5 Triggering: 5 Idea: 5 Well, there's not much to say. The triggering is good, the spell is...
Read full review...

Easy and versatile +5
And the triggers can be edited in your preference.

Icons 5 Maps 2
This is a great spell, but what to do if your map features enemies that are above or in deep water? Unit casting gets stuck. Is there a way to check whether or not the end location is walkable and if not pick a diff unit/not cast at all?

Models 1 Icons 2 Packs 1 Tools 2 Maps 15 Spells 30 Tutorials 4
Using @Bribe knockback system might be the very solution needed for the matter. Using [Snippet] IsTerrainWalkable is also another. Both requires to modify part of the source code though.

Daffa said:
Using @Bribe knockback system might be the very solution needed for the matter. Using [Snippet] IsTerrainWalkable is also another. Both requires to modify part of the source code though.
Click to expand...

Thank you for the reply! ^^

I actually found a perfect solution using certain parts of Check Walkability by PurgeandFire and adding them into this abilities trigger. It works great, just in case anyone is looking for this in the future message me and I'll send you the fix
You must log in or register to reply here.