The Legend of Ediathis - Part 1 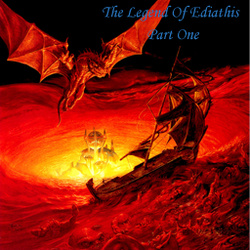 Turn Music to 0%
Turn Sound to 100%
Turn Particle Count to "'HIGH'"
Play ONLY as player 1, do not play in any of the avaliable spots, otherwise the cinematic wont work.
You can Press the " Escape " key to end the cinematic.


This epic tale is about a young elvish/man named Ediathis. He is called up on by King Valuran of the land to become a general in his imperial army. A mysterious character named Lady Ara escorts him to Enas Torah, the Capital of the Land. At the Capital, A council discuss there plans for an oncoming war, with Ediathis stuck in the middle. Ediathis however is no ordinary person, the king tells him this on his leave. This is his legend. This is where it all begins.


~~~~~~~
As you watch my series unfold, you will find that Ediathis must embark on an epic quest, with 3 other companions that will have betrayls, battles, wars, fight scenes, death scenes and alot of talk scenes. This is Part 1, originally titled " The Far country " but i decided to change the name.

I based this map off of the UTM, so i didn't delete the models i didn't use. But i credited them anyway since i might use their models in the future. Not only that but there are to many people to name for those models. The Credits are in the cinematic and in the WE. I dont know them off the top of my head so...im not gonna write them here... perhaps in a post.This cinematic is about 15 minutes long. Most of it is talking, but it opens the doors to the next cinematic, which will be a war scene.


~~~~~~~~~
I hope you enjoy it !! Oh and this cinematic was inspired by C market, the respected creator of the Sect of the Holy mother. I used terraining ideas and credit ideas from his work. This cinematic was all created by me. and I would like to thank Asomath for getting this loading screen up =)

- Fixed most, if not all Spelling and grammer errors, if you find any please inform me.
- Fixed the sword through table crap
- Added loading screen
- Changed begining title effect
- Attempted to fix the thing where ediathis walks through a door, but thats still being worked on.

- Fixed some credits
- its now single player like its supposed to.

- Added Different Music. Which afflicts with the filesize of the map.
- Altered some credits.
- This will most likly be the Final Version of this cinematic.
- BE sure to stay on the lookout for Part 2, which will soon hit a computer near you !

Moderator
17:38, 11th Mar 2009 by bounty hunter2: A interesting kick off to a cinematic series, that can develop into something great. The usage of the music was fine, however the cinematic lacks some terrain work, and grammar/spelling especially. Approved...
Read full review...
Reputation Statistics
Page 3 of 4
Show Ignored Content
Page 3 of 4