This game is based on the popular mobile game clash royale. Since clash royal is a pay2win game and most people don't want to invest time or money, i decided to bring this game to the warcraft platform without these features.

The game speed has been reduced and heroes and abilities have been adapted to the warcraft universe.

The gameplay is simple. Counter the enemy waves and create strong unit combinations and destroy the enemy's castle. The only resource you need to keep an eye on is mana.
Last edited: Mar 18, 2020

I would describe this map as Altered Meta not Altered Melee. This map features new tavern heroes to help diversify army compositions of the standard 4 races. The map is meant for legacy users who normally play on either 1.26 or 1.29.

Outside of the tavern changes,most of the noteworthy changes have been done to undeads.

The Ritual Dagger functions like a Rejuv Potion in that it will restore both health and mana, however you must sacrifice one of your undead minions to determine the amount of HP and MP you gain.

Ghouls and Aboms get Cannibalize for free, but that skill can be improved via research at the Crypt (I am currently experimenting with the values, for now Cannibalize is weaker than their 1.31 equivalents, however this can be overcome via improvements at the crypt).

Windwalk's cooldown for BM has been increased by 20 seconds across all levels, as per the values of the 1.26 object editor. Playing this map with Blademaster on 1.31 will cause Windwalk to have 2 cooldowns, 1 on activation and 1 on deactivation - I have no ideea how they will stack.

Shadow Strike by Warden will also reduce the attack speed of it's target by 25%. I fealt this was necesary because the Warden is the weakest economy disruptor in the game due to the fact that Fan of Knives is capped to roughly 4 targets and has to be exposed to towers. I firmly believe Warden is a wombo combo hero harraser. You keep her separate from the army, ideally Shadowmelded, and ambush the retreating enemy hero, by opening with Shadow Strike, auto-attacks and possibly finishing the opponent off with Fan of Knives for burst damage.

Humans also have a new orb that punishes orcs and undeads from hero focusing with melee units. The Fire Orb returns 30% of damage received to melee attackers.

Bloodmage got reskined and buffed. The buff to Bloodmage is based on the fact that it can now attack any units under the effect of the Banish spell. (this was done by enabling the units secondary attack in the editor and setting the damage value to Magic)

The most negligible changes involves the fact that all Blood Elf units and the Dreadlord got reskined to fit the Wrath of the Lich King era.

The old fire orb, the one that does splash damage from humans has been reskined and made a level 3 item drop.

Another version of Warchasers but harder and with better skills, its made to be more fun and less time-consuming.

I made the map play out more like an dungeon game than before.

I am wondering how is the hero balance?

Do creeps need to be harder, weaker?

Was made for Reforged graphics.

My first Serious project. Saviors of Lordaeron is an Action RPG map(Think "The Big Fellowship"), fairly easy to pick up and play with non convoluted systems. It's linear and has the goal of helping the remnants of the Alliance and the Silver Hand. Initially this entails reaching the city of Strathholme and attempting to cleanse it. Each hero is unique and play differently from the others. The game offers replayability in the amount of heroes and the builds each one of them can take.

Maps 1
Hello guys,
I want to share my project!
Legendary Tamers ORPG
It is a game of monster catch style, a bit like pokemon or monster master.
- Have quests, save and load, gyms, evolutions, custom skills, bosses...

Reforged HD Models 3
I would like you to recheck my map!

Maps 3
The tavern of wise[RPG]

A rpg map that you take on the role of an alcoholic who dreams of being a legendary warrior. You look for people who can give you a job in a way that can evolve.

You were shipwrecked on an island and now you need to look for resources to build your base to defend yourself from the monsters that inhabit it.

This is a multi-gamemode dungeon crawler map inspired by World of Warcraft Classic.
It's been in development for the last 3-4 months and im finally ready to release it to the wc3 community after some weeks of testing online.
Therefor I am looking for some feedback and reviews on the overall gameplay experience.

Thanks in advance.
JohnnyBoy

A custom campaign where you play as the Zerg from the original StarCraft. 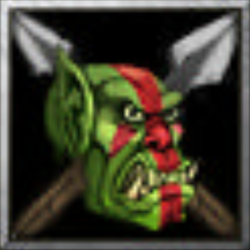 you can do 3 hero immediately，get the wild monster which is update many time
when hero level higher then 8/12 they normal attack will get special effect.
You must log in or register to reply here.