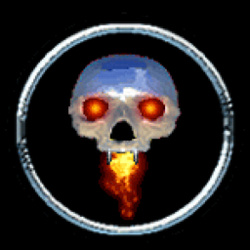 Beta version.
A campaign being made by BadThrall based on the book called "The Black Company" by Glen Cook. Story intro:
Croaker spoke to assembled Company:
In olden times the outfit consisted entirely of black soldiers. Thus the name. Its slow drift northward has seen not only its diminustion but a shift in its makeup. One-Eye is the only black man with us today.
We are the last of the Twelve True Companies. We have out-endured the others by more than a century, but I fear we're into our twilight days. I fear this may be the Company's final commission. A page of history is about to turn. Once it does, the great warrior brotherhoods will be gone and forgotten.
But Croaker was wrong...Some feel the Lady, newly risen from centuries in thrall, stands between humankind and evil. Some feel she is evil itself. The hardbitten men of the Black Company take their pay and do what they must buring their doubts with their dead.
Until the prophecy: The White Rose has been reborn, somewhere, to embody good once more.
There must be a way for the Black Company to find her...
If you want to read more into it, here are some excerpts from the book, thanks to Amazon.com:http://www.amazon.com/gp/reader/0812521390/ref=sib_fs_top/104-7561460-5415931?%5Fencoding=UTF8&p=S009&checkSum=v R1%2BEfW %20oVph3jcZ5oF4H8kRD0jM57G82Du04dLHMQF8%3D#
Other downloads here: http://mods.moddb.com/5566/the-black-company/downloads/
Contents
Reviews