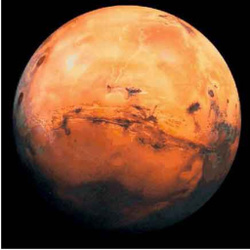 I've started making this map about 4 years ago, so it's filled with different rpg elements (such as item crafting and commander being able to promote other players and do other things like that). This map is recommended to play with 12 players (because it's more fun that way), but can be played with less amount of players or you can even play it alone. Oh and please don't let the empty minimap to fool you.

This map is somehow like Hero Survival / RPG, but even that doesn't tell everything about this map. Please try it out with more than 1 player and rate it

Features of the current version:

The new version is coming soon and it's going to include features such as:
-New save/load system. (Already ready in the beta version)
-Medal system: Players can unlock medals which are saved / loaded with code.

Known Bugs: (1.272)
-Getting stuck after ???. Can see all skills, but cannot do anything. Temporary solution: Reselecting your hero fixes the problem. Should no longer appear when using commander menu. Please report if it's still happening.
-Cast animation keeps repeating after using Spellbook Channel ability. Doesn't affect Knowledge or Combat Proficiency skills. During that time, your hero cannot acquire targets automatically. Temporary solution: Performing any other action fixes the problem.

This is the first time I've ever uploaded my map to any website. This map used to have a lot of server splits, but I've finally fixed all of them (hopefully). If you spot any bug or event which causes server split, please PM me or comment here.

This map contains map protection because of the following reason:
Some noob, who downloaded this map from me using battle.net, uploaded this to some other website and pretended to be the author of this map. The risk of that happening again increases a lot since this map is available to everyone from now on.

If you need non-protected version of this map, i can provide you with 1 if you have a good reason for wanting it.