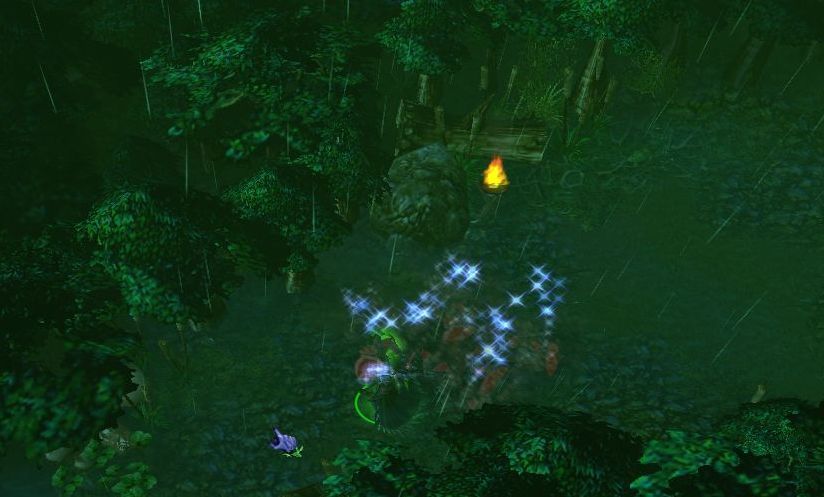 This bundle is marked as useful / simple. Simplicity is bliss, low effort and/or may contain minor bugs.
View usage Statistics Legacy download
Here is my spell for Zephyr Contest #9 ~ Assassination
Thought I'll actually submit something here for once.
Also the first spell that I have done intentionally not for one of my maps.

Due to the dummy spell(Thunder Clap) I am using for this spell
it has a .33 second (or close enough to) time to actually cast fully
the whole spell making me have resort to having to delay the whole
spell to take .33 seconds to cast the entire spell(which worker out
well in the end anyway).

Anyway for this to actualy work I needed to be able to create a
dummy unit that uses the edited spell of Thunder Clap right away
at the targeted area when you use the whole spell 'Spasm'.
This spell was made to be able to turn off when finished
so that when it isn't needed it won't clash and take any
efficiency when a unit finishes casting a spell.

In other words if this trigger isn't to be turned of in a
real map with lots of spell able to be used, every time
one of those spells finishes casting this spell will be
pointlessly triggering taking up meaningless processing.
'Initially off'
I have figured a formula out myself so that a looping trigger like this one
will not be kept on(turned off) when it is not being used for MUI triggers.
This is made for only one unit at a time for each player to have this spell available!
Don't really remember ever seeing it used by someone else.
----
It uses a basic function of when the trigger triggers a boolean
is set to False(/True).

If conditions are met with a player or unit
still being in play of using this trigger the boolean will be set to
True(/False).

Map Info View Resources In Use Preview Triggers
Reviews
12th Dec 2015 IcemanBo: Too long as NeedsFix. Rejected. 23:22, 22nd Aug 2012 Magtheridon96: Just a quick review: - All speeds must be MUI and MPI, not just one. - Instead of repeating function calls like (Owner of blabla), (Picked unit)...
Read full review...

- All speeds must be MUI and MPI, not just one.
- Instead of repeating function calls like (Owner of blabla), (Picked unit), (Triggering unit), etc..., store them into variables and use those.
- You have a group leak inside the loop trigger when you're getting a random unit. You should set bj_wantDestroyGroup to true right before you get the random unit.
- The "Random unit in (group)" action in GUI is a load of baloney. You can simply just set the unit the variable to FirstOfGroup(udg_yourGroup)
- That 11.11 should be configurable somewhere.

That's all I guess.

Packs 1 Spells 41 Tutorials 2
I get the feeling it's only MPI, but it could just be my imagination, I'll have to test that. Though I would like to point out "begins casting an ability" shouldn't be used, it -can- if I remember correctly by abused.

Edit: Well yes it's abusable but it seems MUI, that or I can't cast two spells close enough in time as a single player to be able to cause a bug, as it is you can cast the spell without putting it on cooldown by stopping the spell after casting it (if you time it correctly)

Other notes: You need a configuration for this spell, having everything as a constant inside the spell isn't exactly the best of things to have.

Your attack orders I should think are relatively pointless, wouldn't they just retarget on their own? Think this also breaks the authenticity rule by not registering the actual damage source, correcting it is fairly simple, you just do the damage with the triggers, and use the object editor spell to put the stun on only and not deal the damage. really I don't quite follow the point of the loop, it doesn't exactly do anything which effects the game, it's just a whole trigger to make some pretty effects go off, this spell would function the same with or without that

Maps 11 Spells 3 Templates 1 User Interface 2
The spell is meant to be used for one hero per player in a desired game.
Any useful criticism would be appreciated.

Edit: Wait... Why didn't I merge the two casting triggers. I'll do that right away.

Your attack orders I should think are relatively pointless, wouldn't they just retarget on their own?
Click to expand...

This spell could be useful for maybe rpgs, AIs or just to confuse the opponent.

really I don't quite follow the point of the loop, it doesn't exactly do anything which effects the game, it's just a whole trigger to make some pretty effects go off, this spell would function the same with or without that
Click to expand...

Just special effects to add to the spell.

use the object editor spell to put the stun on only and not deal the damage.
Click to expand...

DeathChef said:
This spell could be useful for maybe rpgs, AIs or just to confuse the opponent.
Just special effects to add to the spell.
Click to expand...

Well it wouldn't really confuse the opponent, they'd retarget on their own, as would well programmed AIs even if you did make them attack other units, Rpgs? Maybe, but what if the new selected target is behind a wall which it cannot get to? it'll try to get to it, but never succeed, not to meantion target structures or units it can't actually attack at all.


DeathChef said:
What would be the point in this exactly?
Click to expand...

So it could be configurable, So that the damage source is recognised, that kind of thing
You must log in or register to reply here.