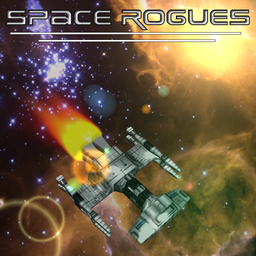 This bundle is marked as approved. It works and satisfies the submission rules.
View usage Statistics Legacy download
An awesome multiplayer campaign by Laosh'Ra.

"Overview
A crew of 10 players is in control of the CBS Stingray, one of the most powerful battle ships in the entire galaxy. They fight their way through a cooperative campaign, destroying enemy ships with the turrets of the Stingray and equipping combat suits to defend/board space ships.

The Crew
The Captain has to coordinate the crew. Controling the ship he is able to fire the main cannon and the missles. He's also the only one who is allowed to open&close the storage sector.
The Engineer is responsible for the distribution of energy. He can easily create and cut circuits to control the flow of power depending on the situation. Besides that he can instantly transfer energy to the shield or the main cannon. He can also repair the engines, the misslepod and the turrets if they are destroyed. The engineer is the only one whos capeable of defusing C7 explosives.
The rest of the crew is mainly focused on controlling the turrets and infantry combat.

The Ship
Power:
The Ship's reactor generates 50 Terrajule per second which are stored in the main battery (max: 2000 TJ, can be upgraded). Every second, certain amounts of this energy are distributed among the turrets, the misslepods and the shield. The amount depends on the circuits inside the relays. The engineer can simply create and destroy circuits to control the flow of power. No energy is 'wasted', fully charged turrets send the energy back to the reactor if they dont need it.
Engine:
The main engines are heavily armored and will most likely never stop functioning. The captain can rotate the ship using arrow keys. If damaged, the ship turns slower (or not at all). Both sides have seperate engines and turnspeeds.
NOTE: The ship itself does not really move: the stars fly in the opposite direction to simulate a movement. Advantages: Infinite space without using up much space on the map itself; There's also no way to miss your mission target by flying on a wrong course.
Shield:
The shield can be upgraded. At the beginning, its capacity is 1500 TJ. Installing such a huge shield on a large ship like the Stingray comes with some problems though: it does not fully absorb incoming damage, some blasts pierce through even if the shield is still active. being disabled the shield requiers some efforts to be reinitilized.
Weapons:
The Class 'Carnage Battle Ship' Stingray is armed with 6 different turrets. Two bridge turrets, two wing turrets, one rear turret and a tower turret. All turrets except the tower turret have dead angles.
The main cannon can be charged for a dynamic amount (max: 500 TJ). The damage depends on the amount of energy and the hit zone: the middle part of the beam is much more devastating than the yellow edge. The beam lance instantly pierces through any number of enemies and lasts two seconds."

description is oke but pls use BB Code to update

Packs 1 Maps 35 Spells 8 Tutorials 5
griffen, it looks like the campaign had been corrupted during the upload. you might need to update it.

Maps 2
Doesn't seem like a campaign to me, according to the description.

Maps 3
It's a multiplayer campaign.

OMG!!!! SUPER THX!!!! YOUR THE BEST!!!! lolol i am really grateful for your work to make it work in 1.24. I have been always wanting to play this co-op campaign with my friends, but due to the switch version thingy stuff, which was troublesome, no1 was really willing to play.
So again, THX FOR SWITCHING THE VERSION!

OH wow, you fixed it, +Rep, and thanks so much!

Maps 2
Umm you shouldn't multi upload since you could just press the update button.

light bolt30 said:
Umm you shouldn't multi upload since you could just press the update button.
Click to expand...

He didn't multi-upload: someone else (original author) uploaded it before.


Do you have the permission to upload this here, Captain griffen? ( + proof please, saying "yeah" won't do).

Maps 3
Technically no. But:

a) I made no content changes, just technical behind the scenes fix up, and
b) He's already submitted it here; I'd say that's fairly conclusive that he wants it on THW, right?

Captain Griffen said:
Technically no. But:

a) I made no content changes, just technical behind the scenes fix up, and
b) He's already submitted it here; I'd say that's fairly conclusive that he wants it on THW, right?
Click to expand...

Then you don't have permission.

Did you try asking him about this? (Senc a PM/mail or something).
If he uploaded it himself, then why did he not update it?

Maps 3
Why don't you ask him? Because, quite frankly, I can't be bothered. Bet he doesn't even have the unprotected map or coding knowledge to fix it. Trust me, reading his code isn't nice.

Maps 3 Spells 1 Tutorials 1
I've asked him... let's wait for the reply then ^^
I also hope you understand I'm just trying to what's right.

Why don't you ask him? Because, quite frankly, I can't be bothered. Bet he doesn't even have the unprotected map or coding knowledge to fix it. Trust me, reading his code isn't nice.
Click to expand...

technically, you stole my map. as a matter of fact i HAVE the unprotected version, obviously because i was the only one working on this project.
and i also have the coding knowledge: i already wrote a tool to auto-fix most of my (& other ppls) maps for 1.24 (e.g. Soulchess, Tetris, CCC, Escape The Demon: Pisstake Cinematic), it didn't work on space rogues directly though and i couldn't be arsed to do it manually as Starcraft 2 is coming up.
because yea, i dont give a damn about jass: studying applicated IT i rather focus on more general and powerful programming languages.
so the reason the coding is "bad to read" is that i've mostly been using GUI with WEU (which is the reason patch 1.24 ruined a lot of functions which are being used).

you probably found an easy to way to fix this, which is a nice thing indeed. but you were supposed to contact me first, like ap0calype said. not even regarding your arrogance, the reason i am upset is that several other people offered me to fix this while also advancing the project. just because i couldn't make up my mind so far is no valid reason for not even contacting me!

on the other hand you gave me the credit at least and apparently you fixed the map.
but right now i'd like to know wether you plan to continue working on the map itself or not.
and i suggest we discuss this via pm, this version itself may remain public for now.

Skins 1 Maps 6 Spells 1
I've never seen this map hosted on bnet and has never been able to join it on bnet for that reason. It is better than Cruiser Command?

Maps 3
Nope, no plans what so ever to keep working on the map. Feel free to pm me though if you want the code fixes I made, had to rewrite a few functions. Had I intended to keep working on the map beyond just making it work, I'd bothered to contacted you. Tbh I hadn't even planned to release it, just as much effort to pastebin it for a friend to host for us to play as it was to upload and let others play it.

It's rather sad that this map is hardly ever seen being played to it's full potential. This game requires full house and you can hardly even see a speck of life in US.West anymore. Garena is still live, but even i haven't seen this in it...yet P;

I like this map but I have a fairly major problem, it tends to drop people when it comes to a climatic. I am using LAN with four macs (a G4 and 3 duo core intel processors- two are laptops.) could you edit the map so that instead of using climatics it just fixes the screen on the region and prevents you from selecting anything?
Last edited: Jun 18, 2010

Models 3 Skins 3 Maps 2
hmm..it's like cruiser command, is it possible to play solo??as i don't play on B.net

EDIT: just played, absolute crap solo...i got my head handed on a platter in three damn seconds, add freaking ai and why the hell can't captains get suits eh!
Last edited: Jan 11, 2012
You must log in or register to reply here.