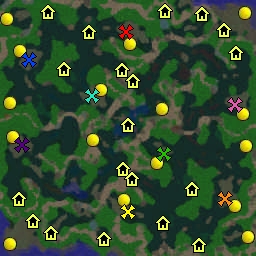 Made for the 7th Melee Mapping Contest.

It's early spring in the Serpent Valley, and with first flowers showing from under the snow, come first wars and battles in this land of graves and magic...

The map is set in the middle of a rocky graveyard near the lands of Quel'Thalas. 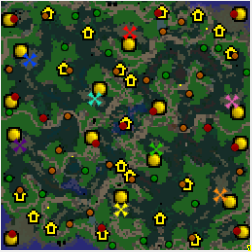 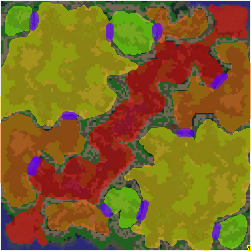 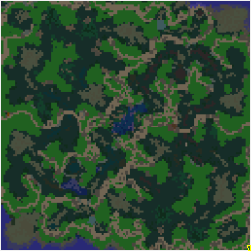 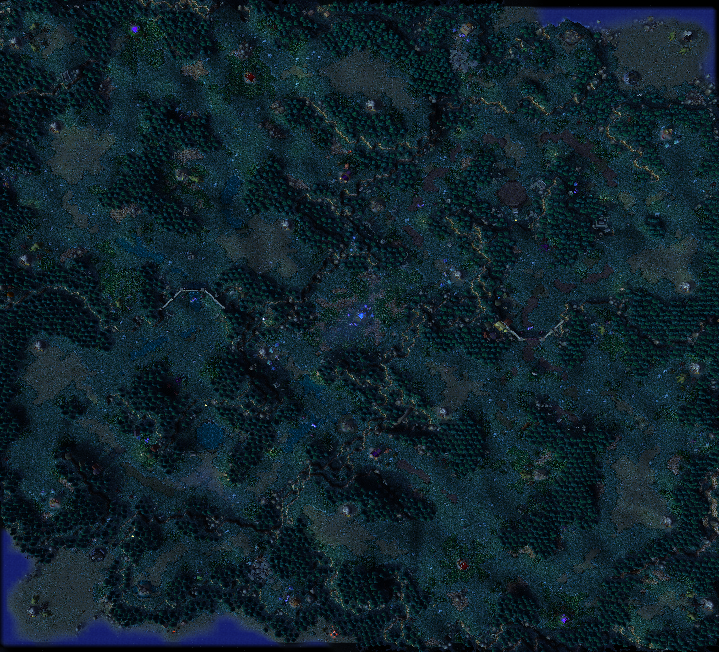 Instead of crossing the valley, you can attack the enemy directly from air!
Also, goblin workshops give provide zeppelins, giving easy access not only to enemy territory, but also to hidden goldmines and even black dragon roosts!

Crossing in the middle might be dangerous, but the middle contains the 30000 goldmines and portals to goblin workshops, so its worth checking out.
Also, if the enemy has built their base too close to the cliff, you can attack it with artillery!

The two portals that don't have a pair:
The ones that do lead to the nearest goblin workshop.

The map has a separate PvE version, since the original is not very suitable for computer players because of all the destructibles and complicated landscape.

Update:
- moved spawn points of each team closer together to avoid having one player spawn apart from their team. As a result, the bug now seems to still happen, but is much more rare. From 20 test launches it occurred only 3 times, so nearly 17.65% of the time. So if this happens to you, just restart the game.
- relocated some trees to make them denser.
Previews 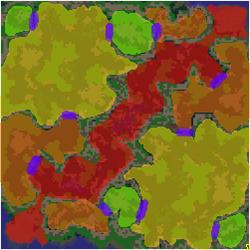 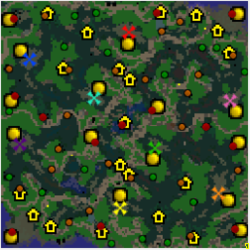 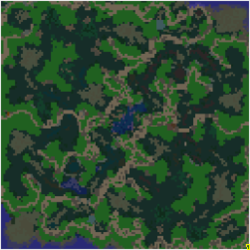 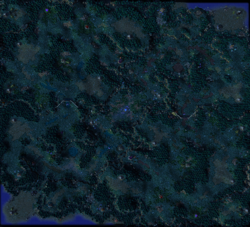 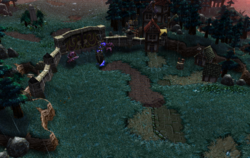 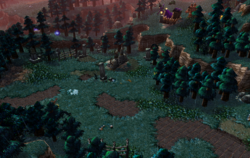 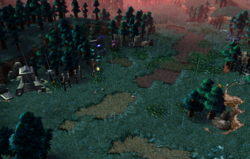 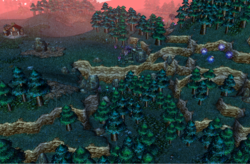 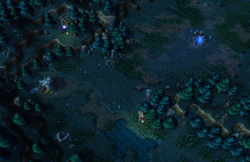 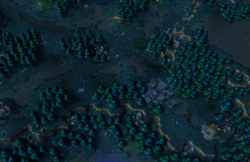 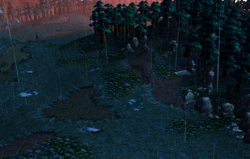 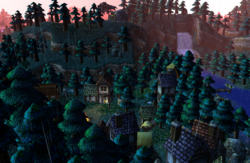 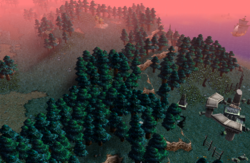 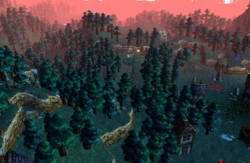 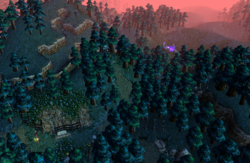 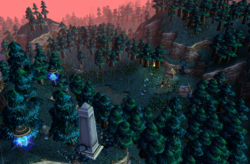 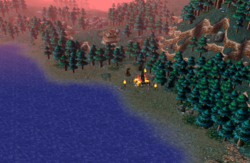 mafe
Based on/In addition to the reviews of: https://www.hiveworkshop.com/threads/melee-mapping-contest-7-results.333989/ Of all the maps from the contest, this was the one that I had the most trouble with, in terms of how to review it. Ofc there is the...
Read full review...

I got the chance to play this map. I haven't played a map with so many portals and cliffs. Most of the times feels like a turret/sunken custom game where the armies crushed in the middle in order to take the fountain. It's not a common 4v4 map, but I trully think this map is only for a 4v4. FFA doesn't make sense and 3v3 could be weird due to the last spawning position.

Overall I like the uniqueness. It's meant to be a map for longggg games. The amount of creeps I guess is correct. The variety of creeps is pretty good. The amount of gold mines I think it's perfect. More goldmines could make the game last too much.

What I think it feels weird (not wrong):
What it's clearly wrong:
I would love to hear more opinions as this map is going to be shown in a 4v4 map making contest.

Icons 28 Maps 3
Thank you for the review

And also thank you for letting me know about the bug with the spawnpoints, I'll see what I can do about that.
Good point about the center camp not being able to fight air units, I haven't thought of that

Maps 90
I don't wanna really say this but let me tell you something...

-some creep ability that u should avoid used. Entangle, Plague, Death Coil, Sleep, Mana Burning, only Possession and Unholy Frenzy are prohibited.
-never used random lv.n item drop, better drop charge or permanent.
-check for some medium armor creep.
-miscellaneous item type problem mostly come from the cost of the item when sell it. some item gave you 6900 gold from one sell...

Icons 28 Maps 3
I see, thanks for letting me know

I'll try to address all of that, although I'm not sure what you mean by an ability being prohibited.

Ceterai said:
I see, thanks for letting me know

I'll try to address all of that, although I'm not sure what you mean by an ability being prohibited.
Click to expand...

wraith and ghost have banshee skill. they are something that most people hate. different from unholy frenzy, he can accidently kill himself.

Zucth said:
wraith and ghost have banshee skill. they are something that most people hate. different from unholy frenzy, he can accidently kill himself.
Click to expand...

Maps 10 Tutorials 1
Based on/In addition to the reviews of:

>> Download All Entries! amulet spell shield). /20 Terrain Really cool look, but it wasn't intuitive to me that I couldn't walk on water in certain spots, or which paths were open or not towards an expand /19 Creativity Fairly conservative in terms of gameplay /8 Technical - /5 /88...

Of all the maps from the contest, this was the one that I had the most trouble with, in terms of how to review it.

Ofc there is the layout, which as the judges mentioned, will favor teching and mass air. Some players like a lot, others dislike it just as much (I include myself in this group, by I wont hold against the map). And nice to make a create a version that is playable against the AI.
Visually, I found the map very stylish and athmospheric.
But in terms of gameplay, there are many things which simply dont belong into "normal" melee maps, and nearly every single one of them is on its own enough to answer the question of "is this map viable with competitive play?" with a firm "no":
1. Campaign item drops: Not viable due to insane selling values, and general inpredictability.
2. Less than 100% chance for itemdrops: It's just not fun if one team receives several items and the other team is unlucky and doesnt.
3. Bugged level 0 powerup item drop: No items will drop here. None of the lvl 0 powerups is eligible to drop as a random item.
4. Creeps with posession potentially dropping items: Item will be lost if they use posession. Annoying even when player can theoretically play around it.
5. One-way-portals with creeps nearby: Creep can go thruogh the portal, and then they will run across half the map to get back to their spawn point. Just weird.
6. All itemdrops should normally have a defined class (powerup/permanen/charged).
7. Critters should not drop items.
8. Most of the normal itemdrops are too weak in relation to the creepcamps from which they drop.

So as it stands, the map is only really playable in a pure just-for-fun setting. Imho several of these issues should be addressed. Map set to Awaiting Update.

Maps 10 Tutorials 1
Map not updated in a long time. Therefore set to useful/simple.
You must log in or register to reply here.