Ruins of Byzantes
v1.1 (playing in SD is highly recommended)

You wake up with a new message on your phone.
A mysterious number wants you to depart for the derelict city of Byzantes for an endeavor. They have even provided you with a ticket and itinerary in advance. Will you take them up on their offer?

Welcome to ruined city of Byzantes. Here's a place where the good and pure have left, and the scoundrels have settled in. Heeding a call to the city for a job, it soon becomes apparent that the city's denizens want to either kill, or eat you. You will fight them using your sword, your gun, your hammer, whatever you have on your hand, and occasionally, chemical warfare. Will you just complete your job and go home? Or will you stay to uncover the city's secrets?

Ruins of Byzantes is a map inspired by good ol' WarChasers. Choose between several "champions" (including 2 secret guests

), each with their own unique abilities and background. My original intention was to create an RPG map with a fair amount of challenge, some secrets here and there to keep the player engaged, and a semblance of worldbuilding. Please be noted that this might not yet be the final version. If you encounter any problem, glitches, errors, or bugs, contact me on my HIVE profile or on the HIVE Discord. 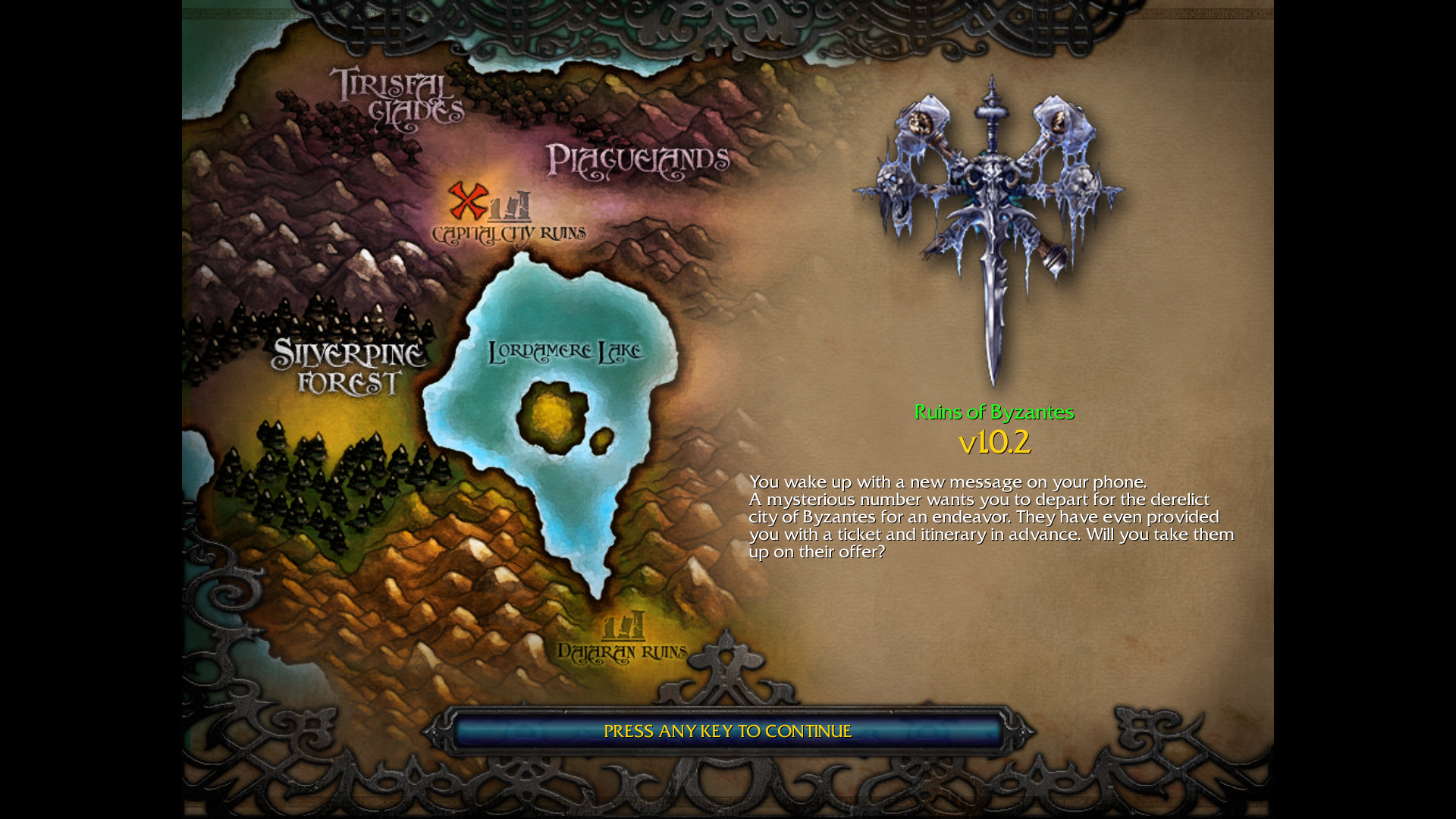 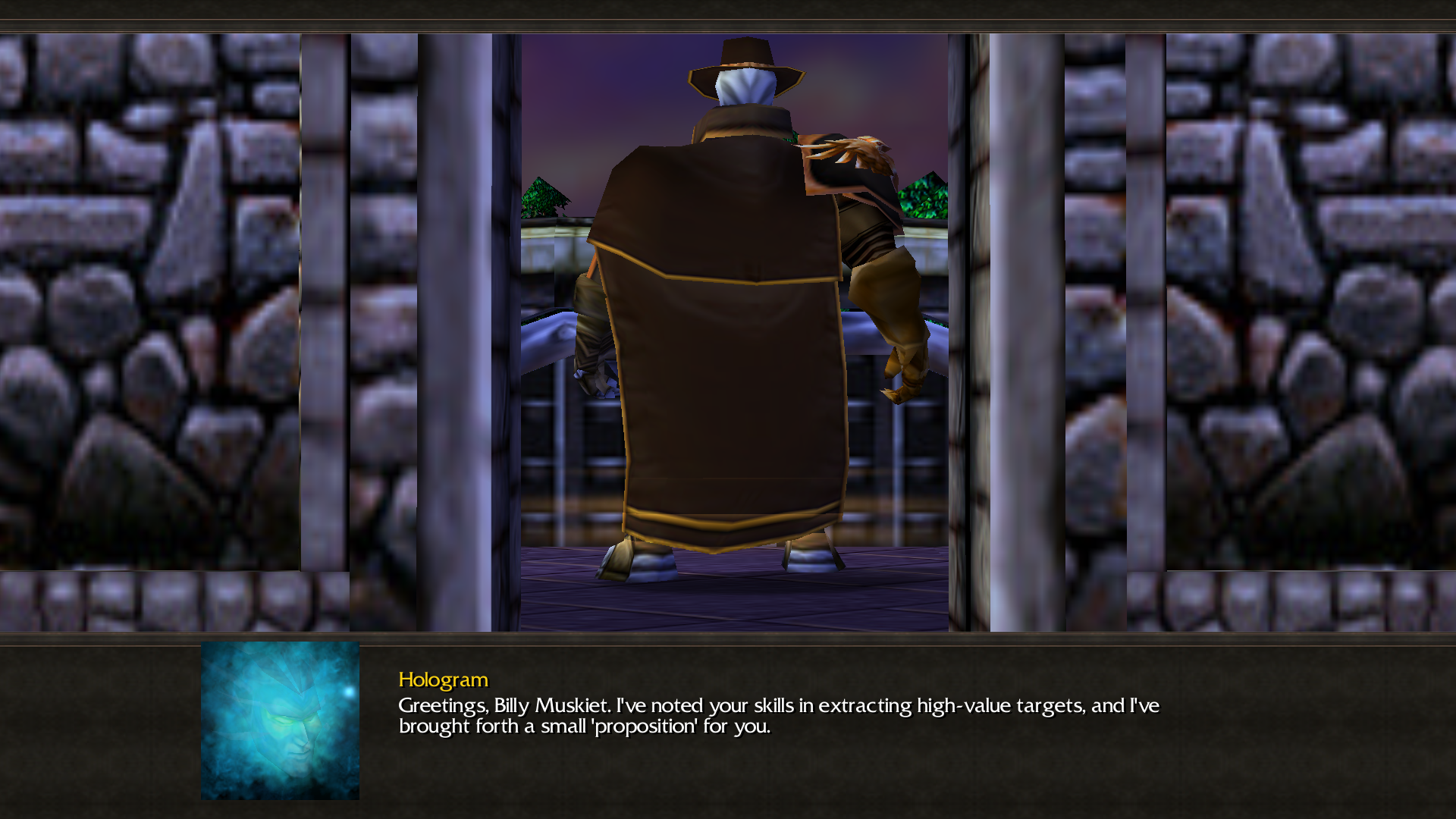 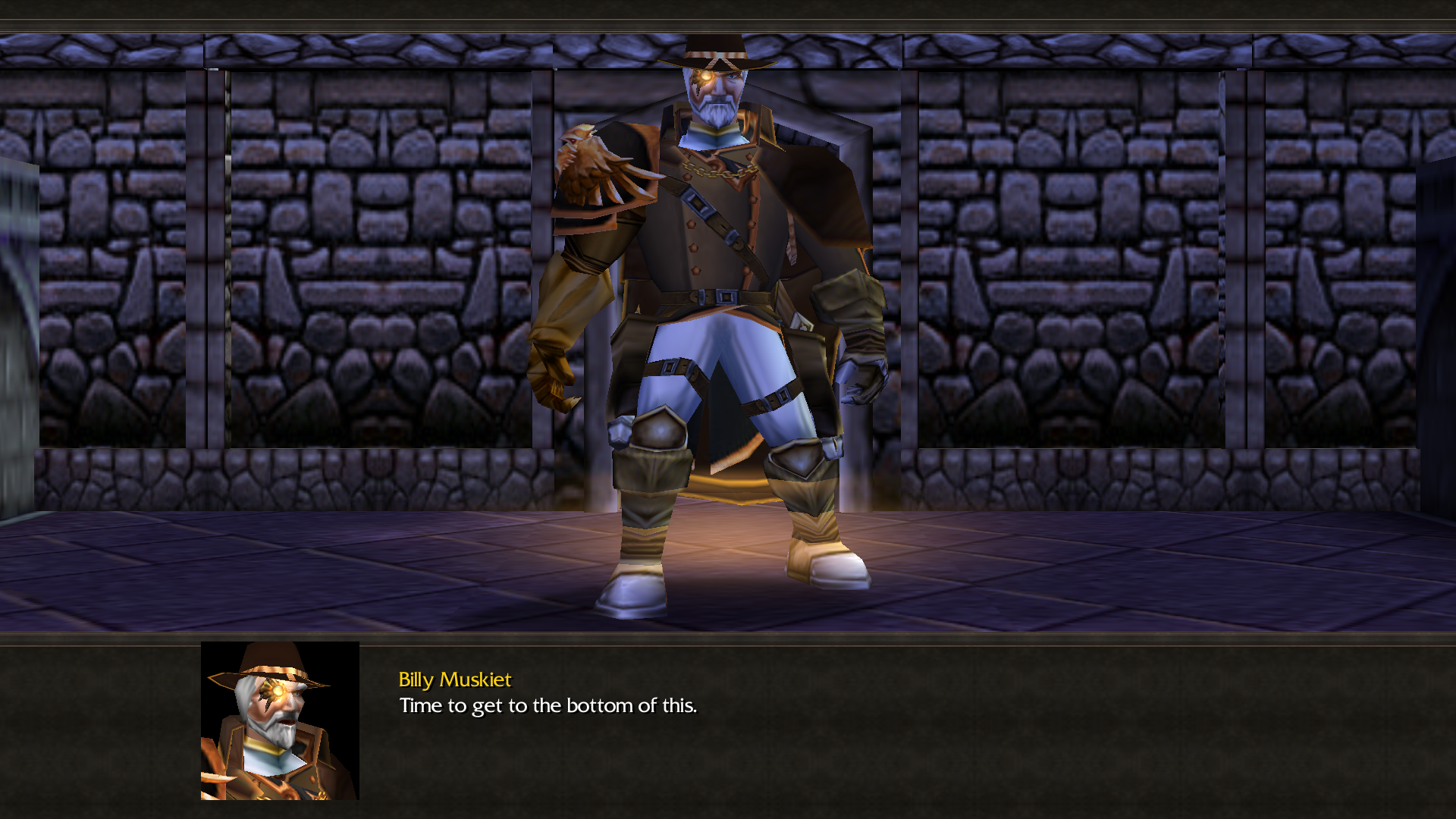 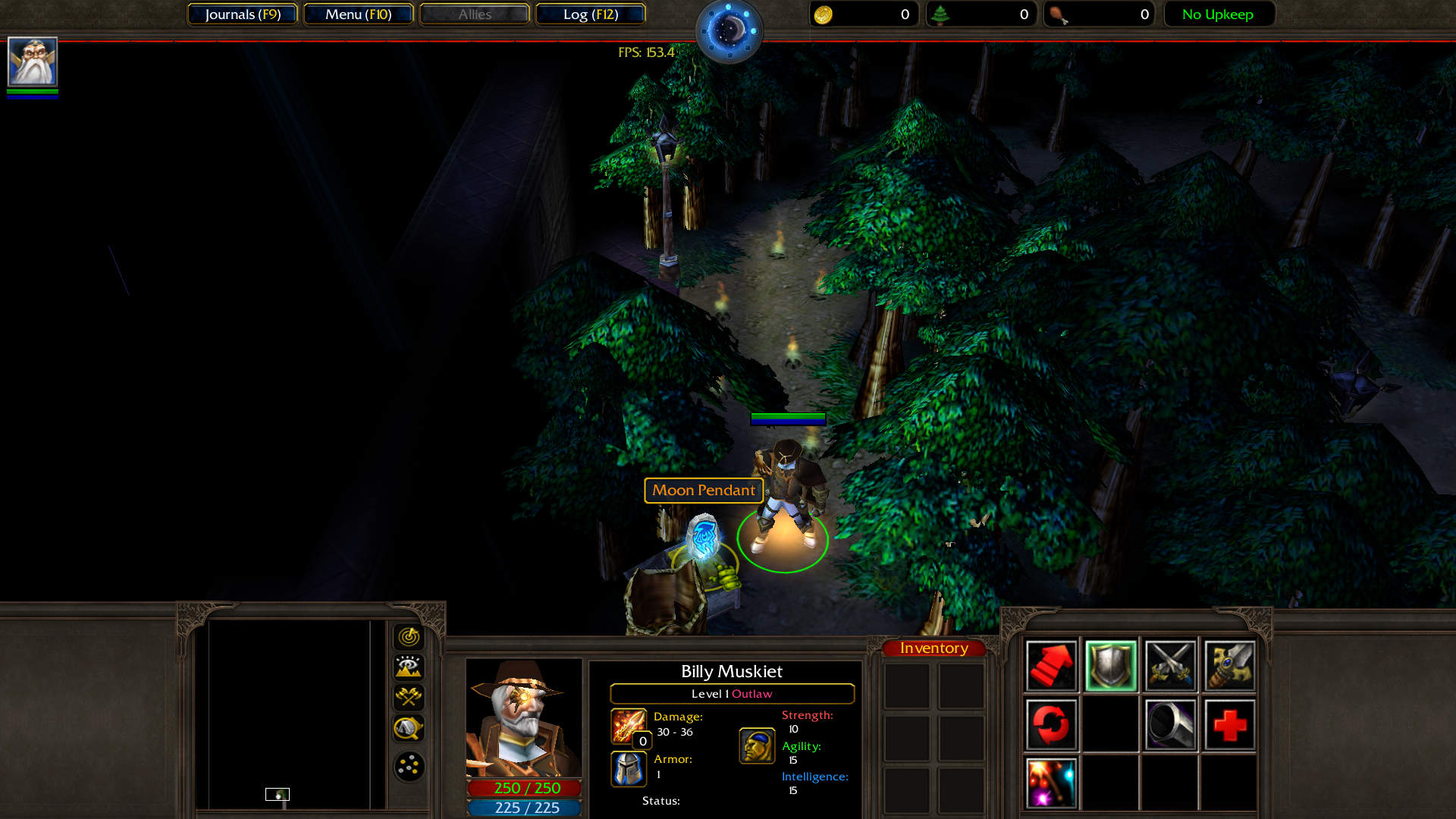 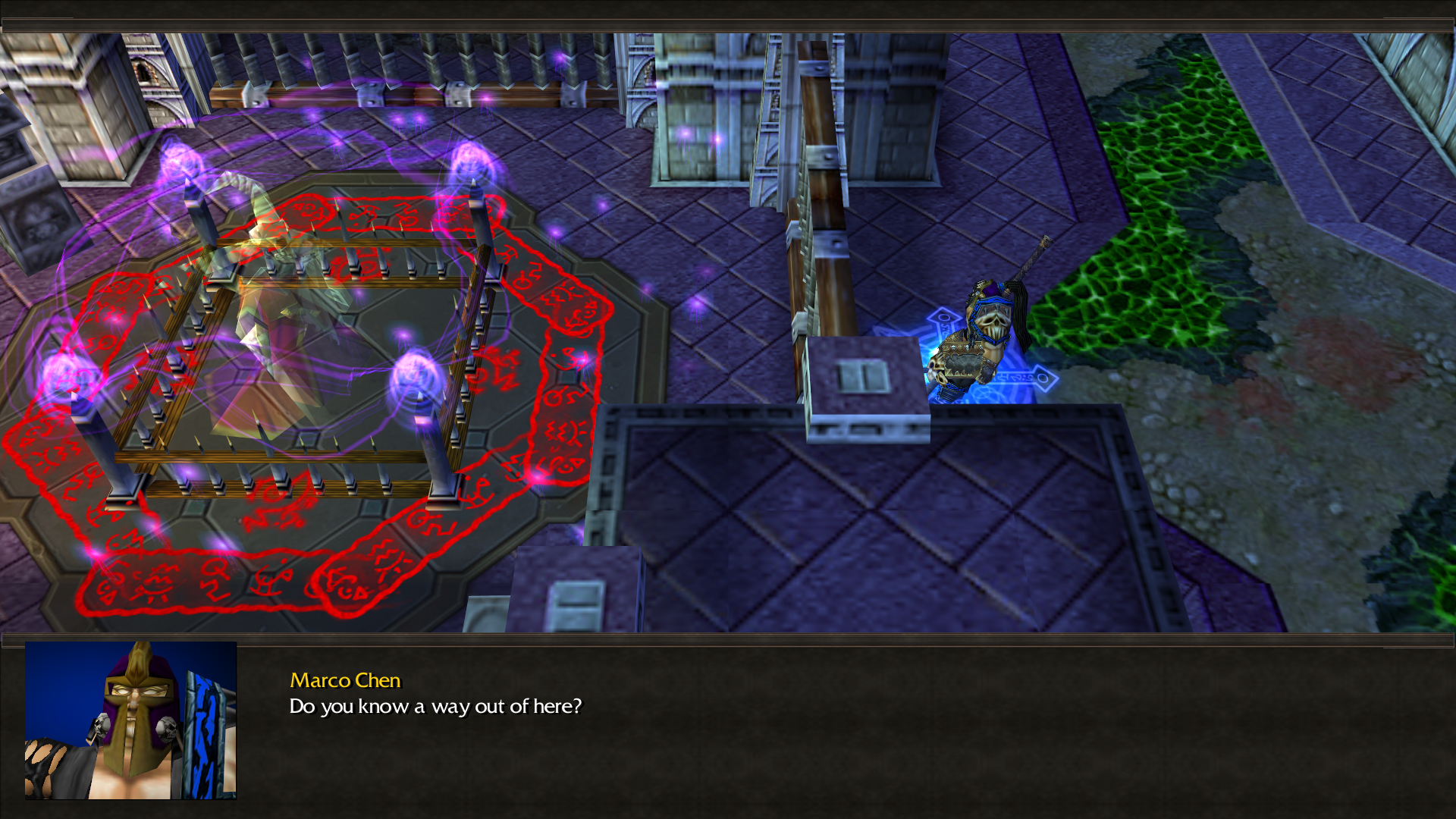 Credits to the following for their textures and skins:
PrincePhoenix, Blizzard Entertainment, CD Projekt

Credits to the following for their scripts:
Bribe, Almia

Credits to the following for their sounds:
Frank Klepacki - "Rise of Harkonnen", "Under Construction"

- Fixed a behavior where an event was not triggering properly after a game is loaded.​
1.05

- Fixed a rare instance where an event does not trigger, preventing the player from progressing.
- Revision 2: Fixed lag spike issues and corrected the Kunoichi's ultimate (now has 100% Evasion as described in the tooltip)
- Revision 3 (1.06b): Some minor ability fixes, for patch 1.31 version only.​
1.07

- I'm no longer using lightning effects for traps, so hopefully the annoying crash bug upon loading a saved game can be avoided. Also fixed some more trigger-related problems.​
​
Contents
Reviews

deepstrasz
I thought about this a bit and there is enough content up until the point where the game crashes due to triggered lightning. It's in your interest to fix this. If you ever do, please give me a P.M. with my progress where I stopped playing so I can...
Read full review...
Reputation Statistics
Page 1 of 2
Show Ignored Content
Page 1 of 2