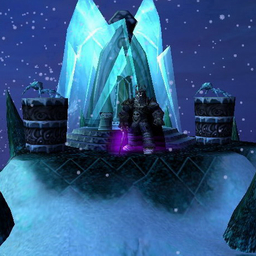 This bundle is marked as approved. It works and satisfies the submission rules.
View usage Statistics Legacy download
Reactions: Vidar, Mariano777, Super Mage and 12 others
Campaign by: Armelior

Rise of the Lich King (Campaign)

Pros:
-Fun
-Difficult enough to be entertaining
-Characters stay true to their personalities
-Tells the story from all sides
-Inventive missions
-Nice effects on the Lich King

Cons
-Somewhat substandard dialogue at times
-Personally, i would have preffered if it had acknowledged the Bonus Campaign and did not include Admiral Proudmoore.
-I'm a bit OCD, so some lowercase names, grammar errors, and typos drove me crazy ha ha
-Some random stuff during the first few missions was in french for no reason at all. Luckily i speak it, but it might irritate some people

Other comments: I loved the Ironforge mission, it was difficult but it was my favorite.

The custom units that were made worked well, thumbs up on that.

Maps 3 Tutorials 1
This is a Very Good Campaign.

Models 1
i think begginers will find this difficult.
great campaign, though

Skins 3
i liked it soo much but i think you shuld have made to play with LICH KING more. cuz i liked the lich king

Hey! This was uploaded on my birthday! I must play it!

well at first i will give this campaign 7/10 because it was so weird to switch team all the time first being lady vashj and kael..... then i switch to arthas then forsaken, and so on...... but i will say that its a very nice campaign nice story too and a great model for lich king, but maybe use some costom spells? costom spells always so funny.

Skins 3
EYY.. make another campaing wich will follow this camapign make it good like this one PLS PLS PLS...

It's great campaing , the best it was game , how contact by Armelior , creat this campaign ?

I took the lich king skin from your map , but the helmet won&quot;t appear , help!

English needs some work, though, and also the random French and whatever else was in there.

The STORYLINE! Amazing. And I liked the use of in-game voices - very clever...

it looks like this dosnt work plz fix it ! I rly wanna play

I get a problem while loading the prologue, and some chapters.

It loads halfway then suddenly it closes, and a message like this pops out:

(This application has encountered a critical error:

Press Ok to terminate the application.)

The '....'s are just strings of random numbers (except for program) , any help is appreciated.

Maps 6 Spells 3
Well, what can I say. This is a brilliant campaign. Although I'll admit, its grammer falters at times, at times it felt like I was playing the ACTUAL Warcraft campaign! Well made, 10/10!

There is just one complaint that I have. I downloaded it recently and successfully finished 7 Chapters. Chapter 8:- The Last Chance Siege is bugged, or corrupted or whatever i.e it loads successfully, but everything is dark, and I can only see minimal details, patches of the terrain, and even the heroes are partly visible. Wasn't able to finish that, and hence I was denied the ending. Could it be a faulty download? I really don't want to go through the entire campaign once more just to see the ending.

I like the lich king skin alot and i wish you could use him more
I wish there wasnt so much changing of who you use
A bug on the last mission- With the blood elves you cannot build a guard tower due to the fact you dont have a lumber mill only a blood elf lumber mill
AWESOME SKIN AGAIN!

Maps 3
you put too much tower on maps. I think you exaggerate but ı play the best maps on hive.

how do i even play this?
i put the file in my maps folder, tried a few others but it wont load. how do i use w3n files? it only game me that 1 map and WC3 RoC wont load it. is it an expansion only map?

Really good, the gameplay was smooth and the difficulty flowed very well. Need to work on cinematics and dialog a little. I also like how you made the storyline your own and didn't follow Warcraft to the letter. The model for LichKing was a great addition. It also looked like you set it up for a second campaign. A little work on the forementioned and you could really have something.

This is the best campaign i`ve ever played.
4.9 because i want moar playing as the Lich King

Maps 1
The technical work on this campaign is great: Cinematics, Models etc.
The story of this campaign is the greatest violation of a gaming lore Ive ever seen. Its like a story of a 5 year old. Arthas is having a doubt about killing his old love... ohh so cute.... And dialogs .... so miserable and childish..The personalities are misunderstood by a very high level. Why did you publish this thing ?? To humiliate yourself?? You should have asked some adult to evaluate and suggest you some more adequate dialogs or something... Jeeez ... I just hope that there are no guys out there who downloaded this campaign believing it is a actual sequel to Frozen Throne.

This is a great campaing,exept for the fact that the titlest on Theramore is sunken ruins instead of cityscape and that Admiral Proudmore dies at the end.Kul'Thiras forces are too weak and Ironforge has to many towers.However,very good job!

Really cool campaign. Loved the Lich King skin. Maybe u can add him more in the next campaign. The problem i have is the switching of heroes in different lvls. especially in the last lvl, i accidently gave kel'thuzard and varimatras overpowered items that i was barely able to win the last lvl. other than this was a good campaign.

Maps 1
I loved the last scene, when Jaina takes back the old Arthas...
However I think he must not have died.

Another thing... some dialogues where in French! Luckily I understood, but my brothers found it out a bit difficult and asked me to translate.

My rating is 4.5/5, however I'll vote for my brothers too, they loved the quest that you fight versus Anub'Arak, so its 5/5.

some bugs, but its cool

he transformed into lich king..

TERRAIN: 7/10 sufficient enough.
STORYLINE: Would of liked normal Arthas back, and Illidan to not die. In parts, story is compelling in the same style of Mass Effect also, nice ending - 8/10.
MISSION DESIGN: 9/10. Some missions feel like normal campaign.
CINEMATICS: 10/10. Extremely well done - dialogue 7/10.

I like the ending's small sense of humor but a negative is that there is no sequel so we only know what will happen.

I just registed to this site. And i want to download some maps and skins for units but how can you do that. I just can't see how i can

Illidan is not dead,he was wounded and forced to leave Azeroth by Arthas.Wounded he returned to Outland and waits for the right moment.

Awesome campaign man, i especially like the funny scennes like the footmen attacks Arthas and he just use touch of dead and says: "someone else want to play a hero?". I was laughing. Well done .

Maps 1
verry good campaign ! the best i played till now !

1 more thing i don't like : some of the buildings in the 1st act are described in french, as well as some units in all the acts. and in some cinematics they speak french, in others french + english (i was looking like )

Pro:
Awesome models,terrain and also quest!
Good job at the sound at the dialog

Cons:
Sucky dialog
Arthas is the main character and uh...too bad he died
ADMIRAL PROUDMOORE HAS RIISEEEN!!!!!
Jaina supposed to stop them..uh watch your lover getting killed and you are not paralyzed or tied or something
Just like others said...we should play as arthas more often..i mean..he is the lich king you know...

You seem to forget...the lich king CANT die! Why did he have to die man? So far I liked it...though had Arthas lived you could have made a more interesting second campaign.

Maps 1
Just finished this campaign, the last mission was awfully hard but very interesting. Very very good campaign about what happens after the ascension of Arthas, the story was good, tought i agree with shadow, making Arthas live'd have been better to continute, maybe you should ressurect him if you do a continuation (since it seem it isn't the end yet !)
You must log in or register to reply here.

Who did a map Rise of the lich king?If I can get lich king full model its very good!!

The Rise of the Lich King