rookie_modeler said:
should i reinstall my war3 to remove the older renderedge in order to use the newest one?
Click to expand...

No, just replace old RenderEdge files with new ones. And it's better to keep the files in a separate folder from the Warcraft folder.

very nice!!!
Dynamic shadow is very useful but this FPS is too low,Can you do this independently until make the FPS usable?

it's soooooooooo beautiful,but the FPS is too low,How do I use it?

Tools 1
Sorry, I have not yet found a way to optimize it.

Models 2 Skins 1
Is there a way to enable this in the world editor?

RollBoat said:
Is there a way to enable this in the world editor?
Click to expand...

No at this moment. I planned to add an improved rendering in the editor, but I doubt I'll do it.

nice project! The lightning and shadows are very impressive!

A question: Does it work on battlenet or will people get banned ?

Tools 1
Thanks, I don't tested it in Multiplayer and Battle.Net, but most likely it will only work in Single Player.
Last edited: Aug 24, 2018

As u said u will upload the open source,when will u upload them?

It also can be used for fake GI:

That last one with statues looks incredibly good. Keep up the good work ^^

If you continue this work we even might not need Reforged)

Tools 1
Most likely, the next version will be the last.

Maps 3
It look very promising, but i can't installing correctly, any help?
There are some specific steps to install this?
I don't know how put the shaders

Tools 1
Just unpack RenderEdge_exp_v0.1.2a.rar archive and launch RenderEdge.exe, all shaders are already in RenderEdge_exp.mpq.
Downloading an archive with shaders is only necessary if you want to edit them.

Maps 3
It works! But the configuration resets every time I lauch the game there is any solution for this problem? and which is the best graphic configuration?

Tools 1
You can edit settings via RenderEdge.ini.

the display effect is not good in game.

i don't know how to set it make like this pic... 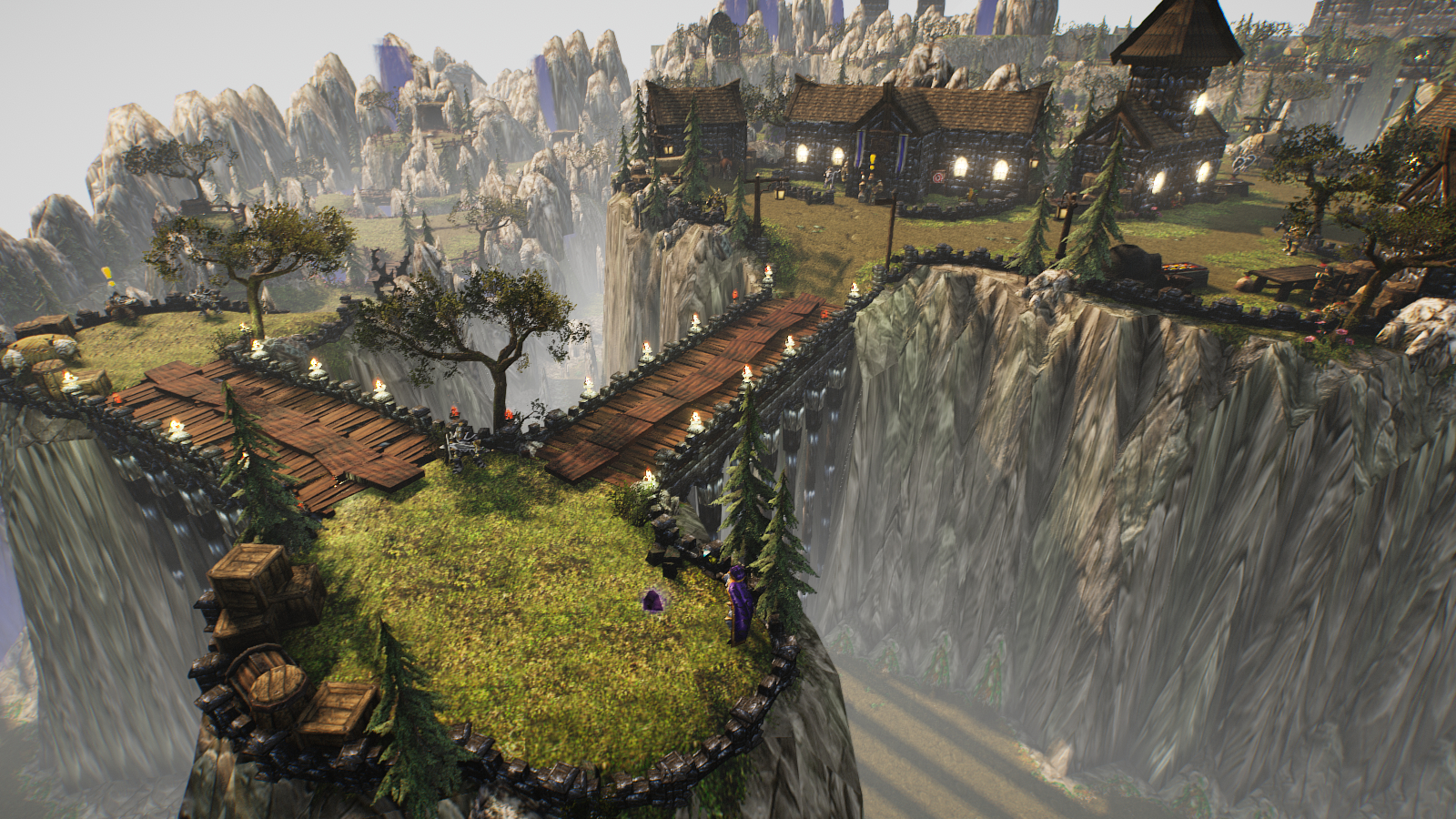 LiSen冯 said:
the display effect is not good in game
Click to expand...

What do you mean by display effect? I don't understand.

Doesnt Work for me When i launch the exe Says to me : "Failed To Launch War3.exe" I got 1.30 version

Models 4 Icons 1
I'm getting the same error with render edge files extracted in 1.26 folder...
Can it maybe be because i have latest wc3 installed on my PC in other location and render edge is detecting it?

ENAleksey said:
What do you mean by display effect? I don't understand.
Click to expand...

Artistic quality is not good in the game...How to set it like your picture

Which folder did you choose when you launched RenderEdge for the first time? Go to the registry editor and delete the CURRENT_USER\Software\RenderEdge directory or just edit War3InstallPath value.
Last edited: Nov 19, 2018

LiSen冯 said:
Artistic quality is not good in the game...How to set it like your picture
Click to expand...

Just edit it by yourself: change light and fog, turn on shadows and some post-effects, perform color correction.
Last edited: Nov 19, 2018

Later I will upload the updated version to the site.
Follow the development progress in Trello.

Of course, only after I release 0.3.0a version.

Tools 1
The experimental version is no longer supported, use basic version.

Added the ability to take screenshots in .png format, which are saved in the Screenshots folder in the RenderEdge folder. By default, the screenshot is assigned to the End key, you can change it in RenderEdge.ini.

Replaced old Height Based Fog with fog from Unreal Engine 4.

Btw, is there any way to make this work in WE's screen? Your screenshots on Nexus, are very detailed terrains but I don't think the in game camera would let us see that far, with the existence of the fog of war. Even if it was removed by triggers.
You must log in or register to reply here.

Get the latest version here!