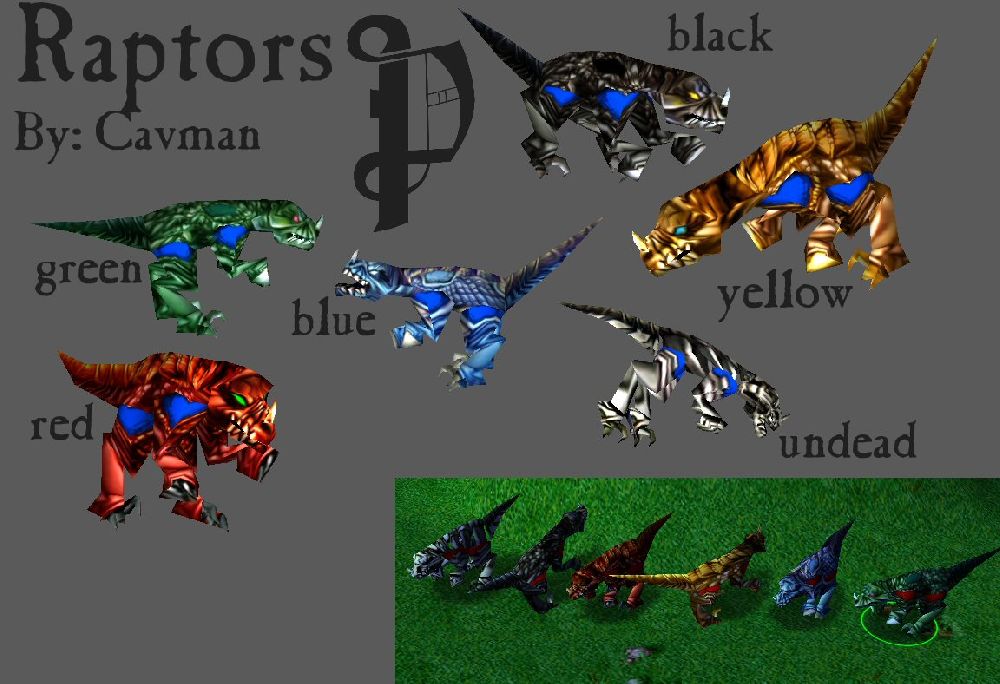 This bundle is marked as approved. It works and satisfies the submission rules.
View usage Statistics Legacy download
Reactions: deepstrasz and syltman
Raptors. There a few raptor models out there, most notably Olf's and Lord_T's two raptors. None that really look like the WoW raptors though. So, I did, and am still doing, this request some time ago, and one part was to make a raptor which was a pet to a troll hunter. Well, I made one raptor from the red dragon skin and thought, "why not do the rest", so I did. Now here is all the dragon flights made into raptors, with the added bonus of an undead raptor.

Any custom texture for the dragons will replace the corresponding raptor skin. Their animations are modified from the Timber Wolf's animations. Feel free to edit or reskin to your liking, just give me some credit. 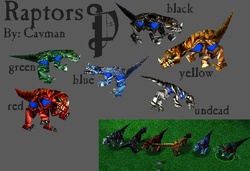 Reviews
07:44, 12th Jun 2009 Hawkwing: Corresponding resources have been approved and are quite useful and appealing.
Read full review...

07:44, 12th Jun 2009
Hawkwing: Corresponding resources have been approved and are quite useful and appealing.

Models 1
Interesting. But the undead one looks strange.

Models 2 Icons 28 Skins 2 Tutorials 1
too bad it doesnt use its signature claws...
looks awesome anyways
i dont know. maybe you could use the ghoul attack anim and transfer it to work on the legs?

Awesome. Aldo wrap is a little bad in some places :/
But thats only minor when we look at all other awesome parts ^^

so good, i am finding this kind of mosnter !!!!

Why is this a flock?

Newominus said:
Why is this a flock?
Click to expand...

Because they are bird-things?
You must log in or register to reply here.