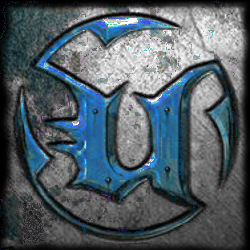 This bundle is marked as approved. It works and satisfies the submission rules.
View usage Statistics Legacy download
Reactions: 1 person


Gameplay:
You play as Ranger in Deathmatch tournament, trying to make first 25 kills to win the game. Gameplay is dynamic and fast. You may avoid enemy attacks by jumping, but you also need to be precise in shooting. Special Orbs should add effects to your arrows, making them more deadly, changing fly distance, speed or damage.

- fast, dynamic, reflex checking gameplay
- no limits in gameplay, you can avoid any of flying projectiles
- destructibles are blocking attacks and movoment
- pick up to 10 different orbs to increase your attack statistic or
to protect yourself when hitted
- instantly respawn when you press esc, no limits, no waiting,
all depends on your play and play of your oppoments
- pretent to be dead so enemyes will see you as no harm,
then you can suprise them from behind
- play singleplayer with AI Bots - Insane difficulty is
really challenge
- day/night cycle changes vision see and atmosphere
- use dead bodies as shield
- awesome music playing in background 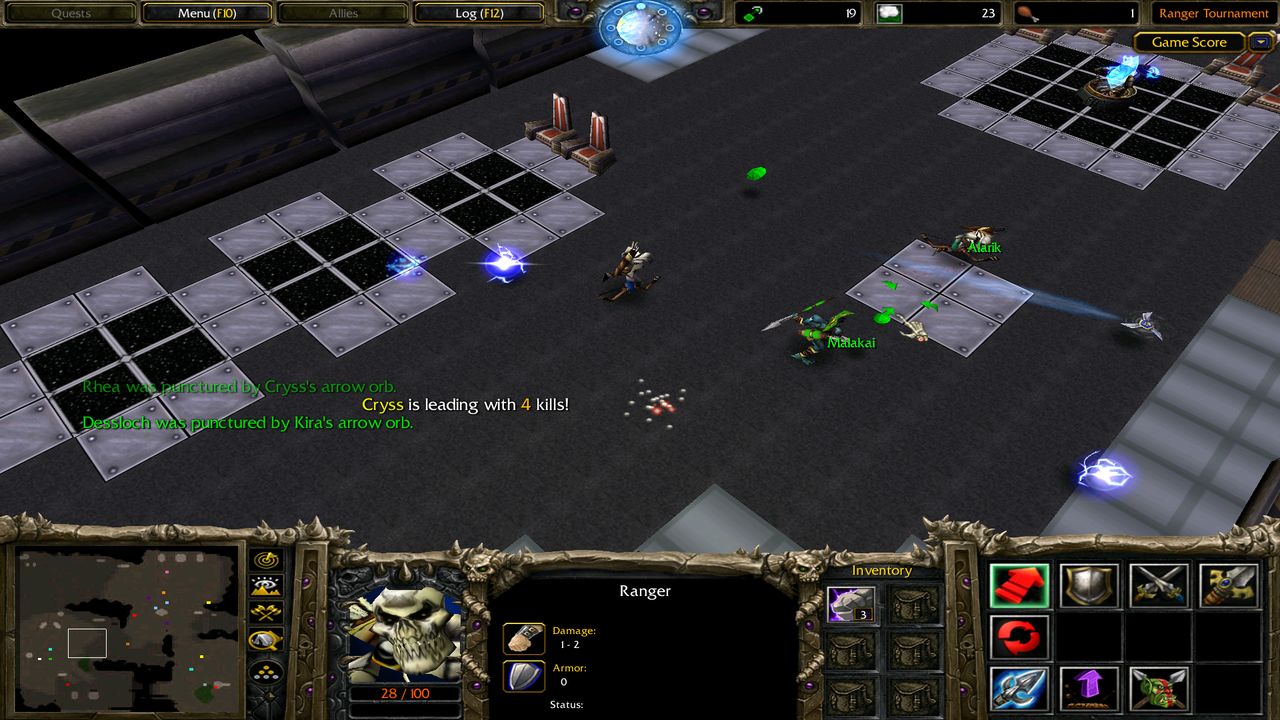 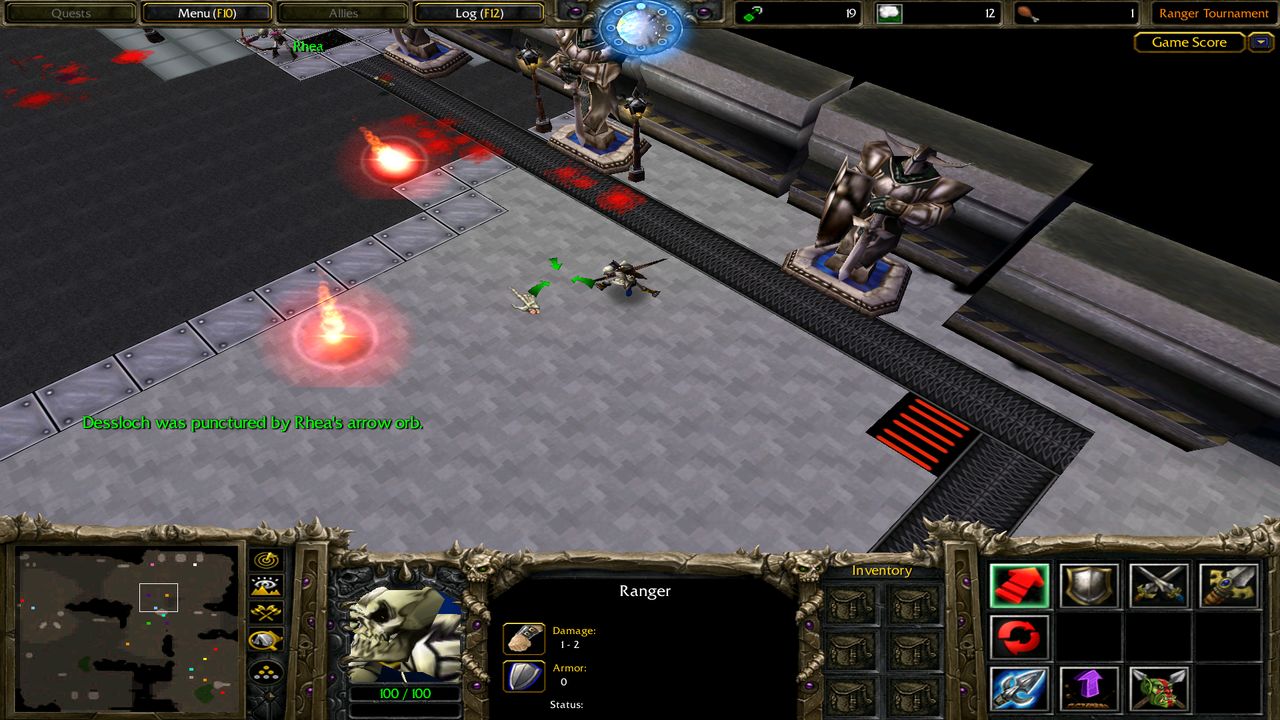 For further suggestions, would be neat to see a loadsystem similiar to the archer wars games, where you can spend "xp"(1rank=1xp) for visual stuff, like a hat or bow or smth. (merely visual).

I must say, this was quite fun.

As one of the rangers in the Ranger Tournament: Stardust, you are locked in a deathmatch with the enemy players or the AI, using only your ranged weapon and ability to dodge missiles to outlast your enemies. The gameplay is quite dynamic and fast-paced. The Mechanics are implemented quite well. The player is allowed to dodge the enemy missiles by simply moving aside, going behind cover, or jumping over them. The missiles also respond well to the environment, as they are destroyed when they hit walls and other doodads, instead of just flying through them. There is no respawn timer (a player respawns simply by pressing ESC key), so it's a constant rush. A player also has the ability to "play dead", which can easily fool other human players. The AI is also quite challenging, they'll literally use every chance to put you down. There are also a variety of difficulties available to the players with different level of skill. I hadn't encountered any bugs with them. There are also different orb types, used to enhance the missiles, although I think they should be more limited in the amount of enchanted missiles per pickup. Everything ingame, including new features and gameplay instructions are explained well. The save/load system appears to be working fine.

The terrain is quite good, it serves the gameplay style well, although the open halls feel a bit empty. Maybe you should add a bit more doodads here and there (also, some medieval doodads look a bit out of place), but overall, it good.

The custom music is nice, but I think you should put something more fast-paced, like the gameplay itself.

Overall, Ranger Tournament: Stardust is quite entertaining. Rated 4/5 and vote for APPROVAL. Good work.
Last edited by a moderator: Mar 12, 2015

Maps 1
Your other Ranger Tournament maps are approved and imperator here is also voting for approval. Map approved.

PIZZA
You must log in or register to reply here.

Stardust Highway Vol.1 is out