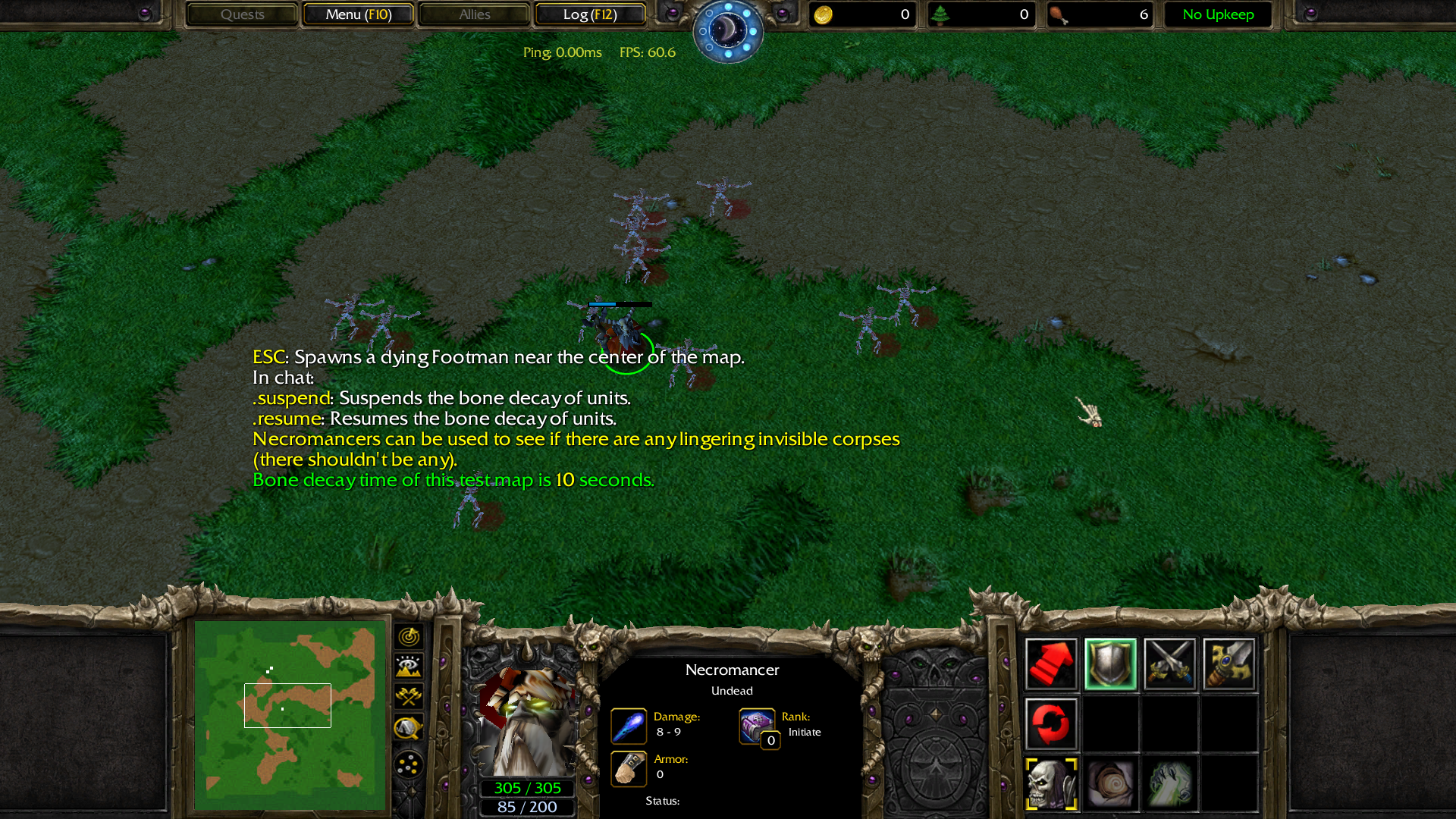 This bundle is marked as pending. It has not been reviewed by a staff member yet.
View usage Statistics
Introduction

Proper Bone Decay Suspension (PBDS) allows users to properly suspend/pause the bone decay of units, and also resume it at will. Additionally, the script itself contains every piece of information required to understand why it's necessary, how it works, what it contains, how to implement, and use it. However, I'll also add any relevant information in a less verbose manner here as well.

How to Implement
How to Use

Call the following function on units currently in the bone decay phase to suspend/resume it:

vJASS:
Lua:
With the second passed argument being true, the bone decay of myUnit is suspended.

vJASS:
Lua:
With the second passed argument being false, the bone decay of myUnit is resumed.

In the library itself I recommend using at least the version I saved it on, but 1.31 should just about be fine. Anything before that would most likely not work, as I'm using new natives. I didn't test the system on older patches, so my personal recommendation stays 1.32.9.

As mentioned before, copying this into one's map is enough without touching the test map.
Note: The script here has FLESH_DECAY and BONE_DECAY set to their default values, while the test map has a custom BONE_DECAY value. Keep this in mind.

vJASS:
Note: I recommend taking the folder from the test map instead here since the initializer has to be called manually, and people might forget about that. Bone decay time in the test map is set to 10 seconds instead of the default 88.

I added an additional Lua version of this system just now. However, I have to point out I quickly checked on Lua syntax yesterday night in about an hour, then converted the script into Lua, therefore I'm not exactly clear with proper practices. I tested it thoroughly, it seems to function properly, but if any Lua enthusiast can take a look at it, and tell me if there's something I shouldn't do the way I did, that would be helpful. Thank you.

v1.1.0 (JASS), and v1.1.0L (Lua) are now out, fixing a bug causing revived units to be removed from the game when their decay timer expired. Thanks to MStylo for the report.
You must log in or register to reply here.