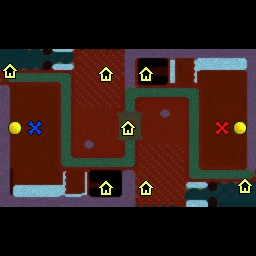 This bundle is marked as useful / simple. Simplicity is bliss, low effort and/or may contain minor bugs.
View usage Statistics Legacy download
Outland Stream
Lore
Countless hours have passed and then when this hour passed the Dreanei finaly found a river, they follow the river till its source while when they wanted to drink form it they didn't realise that this place whas captured by the Demon's as they didn't know why the demon's where there they started drinking the water but after a few days they realised where the demon's came from. with a last breath the Dreanei group leader shouts:"the water, its poisend!" after a day or 2 a demon just bursted out of the dead leader's chest killing the Dreanei one after one only some could escape others just died by the demon
Map Information
gold resource 12500
units in game:coming soon
doodads in game:coming soon
passive buildings 7: 4 Waygates 2 Goblin Laboratory's 1 Tavern
tileset:Black Citadel + snow + icecrown tile's
sky: outland
fog: orange
water color : dark green

there we go again, but ok i'll change it

EDIT: eny other problems except my map? and don't dude me only my friends can call me dude
Last edited: Feb 24, 2010

dodgax said:
there we go again, but ok i'll change it

EDIT: eny other problems except my map? and don't dude me only my friends can call me dude
Click to expand...

Hey there (again ^^), here are a few things you should improve/add/change/...:

I hope this helped, even if it were just a little...
It seems like you're not giving up, that's the way it should be
Good luck with your future projects.
You must log in or register to reply here.