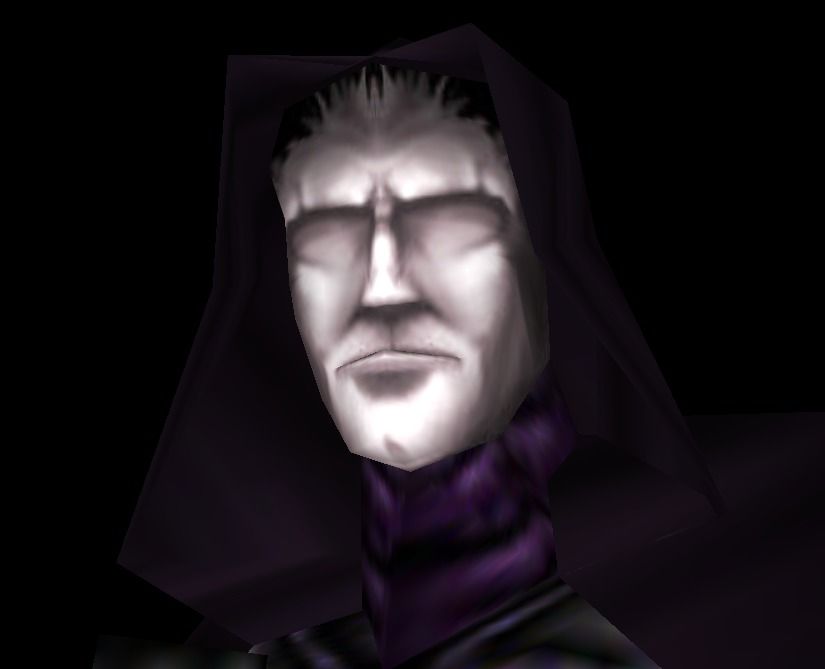 This bundle is marked as approved. It works and satisfies the submission rules.
View usage Statistics Legacy download
Reactions: Barsbold, Garmr, tillinghast and 7 others
"See me and know fear."

How to import this model Sanity check More info Download
Reviews
05:26, 8th Feb 2016 MiniMage: He has a funky name and lacking eyes, but it's a rather creative use of the blood elf animations to make a sword wielding man. Approved.
Read full review...

05:26, 8th Feb 2016
MiniMage: He has a funky name and lacking eyes, but it's a rather creative use of the blood elf animations to make a sword wielding man. Approved.

Although, you could've done this with ingame textures.

I'm still looking for ways to snip back the file-size to only a few ticks over a hundred.

Models 182 Icons 14 Packs 3 Skins 2 Maps 1 Spells 1
Trust me. If you're clever when it comes to wrapping the model, you can make a texture work. You'll see with my next upload.

There we go, thanks for pointing that out!

Models 26 Maps 1 User Interface 1
Is it just me that is getting Sith vibes from this model? Pretty cleverly made, using the blood elf hero's animations for a sword hero. ;D
I agree about the comment of using ingame textures though.

Skins 3
That is one awesome model.

Models 64 Icons 1 Packs 2 Skins 4 StarCraft II Resources 2
Hey, this is looking even greater than before :3 but.. he needs to have a 'stand ready' animation, the easiest would be to dupe the stand anim.. but you could edit it some more to be lill different

also.. he never drops that sword, does he? not even in death XD

Models 184 Icons 21 Skins 9 Maps 2
I've yet to get physics objects to look right in an animation, so I just have him go about a bit of a death-clutch on his sword.

If I were to stay true to the book, he would flail about as if trying to continue the fight even after he was slain.

To those who speak of using in-game textures.

Much as I'd like to do so, I am just not that clever with UV mapping and juggling enough geosets to have all of the different textures/materials I would need is beyond me.
The only textures I can think of replacing would be that of the sword (changed to knight's sword) and the cloak (Acolyte's robe)
Last edited: Nov 26, 2015

Maps 1
This must be one of the most creative use of the Blood Mage's animations, though they could be tightened around, especially around walking.

Models 2 Maps 1 Spells 1
At the risk of copying Direfury, FANTASTIC.

Seriously, though, this is excellent. Not only because I love (the) WoT (models that you are making), but because you've done an excellent job re-purposing a set of animations; seriously, turning the ranged-wizard Blood Mage into a sword-wielder?? I'm so glad that worked; it really fits well the way you have integrated it.

This is the next best thing to a full-on custom model (where the more sinuous & shadow-hiding & snake-like elements could be fully expressed).

I think the face is great, though I will (as always) echo the others in asking for in-game textures (though I've read the exchange & I see the difficulties (wait, nothing works? What about the Zombie/Dalaran Mutant? Don't they even have missing eyes?)).

Direfury, I'm sure he's grateful for the positive encouragement; what would really help is some suggestions. Just telling him "if you are clever enough, you can do it" is little more than patronizing.

Models 184 Icons 21 Skins 9 Maps 2
I downloaded and tried milkshape for a few hours, but I didn't really gel with it. The figures I could make from it were too high poly to fit in, or their body parts just looked too round or stubby. I don't know if it has other uses outside of modeling though, I didn't stick around long enough to explore its workings in-depth.

I'll see if I can touch up the walking animation to make it look lighter and a deal less stompy.

I thought about using the zombie head, but the zombies have either yellow or black goo in place of their eyes. I then thought about using the arthas face with an extra plate on his cheeks pulled up to his brow (to hide the eye part of the texture) but I bumped into two possible problems in my head. The first being that the texture would be very obviously stretched, which I have been chewed for in the past. The second being that the arthas texture has been used everywhere and I've a sort of fear of people looking at it in-game and going "Thats a cool looking-- Oh... pfft."

I just finished two small requests from a fellow orc lightning fast so I am on cooldown and have late thanksgiving dinner to prepare for. There are four models that are upcoming right now.

Thanks for the compliments, gentlemen.

Is it just me that is getting Sith vibes from this model?
Click to expand...

Good model,and it fits in seamlessly with the regular warcraft ones

Lol your spell animation is so funny I can't stop laughing, The normal attack doesn't look so great but I love attack-1, the portrait talk and the portrait looks disturbing, stand-2 also looks weird

Are the animations too stuttery or do you feel he is holding the sword wrong in some animations?

In his attack animation his sword kinda clips through his cloak

Maps 1
Now I'ma big fan of the wheel of time series and feel that this model is almost perfect. If i had to criticize it, i'd say that the eyes (or where they should be) needs to be a bit darker, but doing that right is hard so no worries,

Skins 2 Templates 1 Sounds 1 Tutorials 12
Very nice. I like the sort of dark theme of this piece.

This is a good model, but magic effects such as "weapon" and "overhead" will disappear
You must log in or register to reply here.