My Grand Work: Riddle of Steel

My work is too large to upload directly...

After years of work I give to all of you ...


Riddle of Steel
A Map by Baelrog the Black

"In an ancient land of monsters and gods, one girl's quest will shape the destiny of the world in which she lives... Only by learning the secrets of steel and unlocking its mystery will allow her to truly understand what fate has in store for her. Discover the ancient land of Eos, and the creatures whom dwell within. Vengeance and a yearning to understand the truth will lead our heroine to face her greatest fears and only fate can say if she shall emerge victorious. May the gods favor you on your journey..."


It features full voice overs and only the best music =-D, so the file size is quite large.

I hope you enjoy! And I just wanted to say thanks to Henry and the other moderators and givers of resources for providing the tools to make great work.
There's far too many people to name, so see the credits! 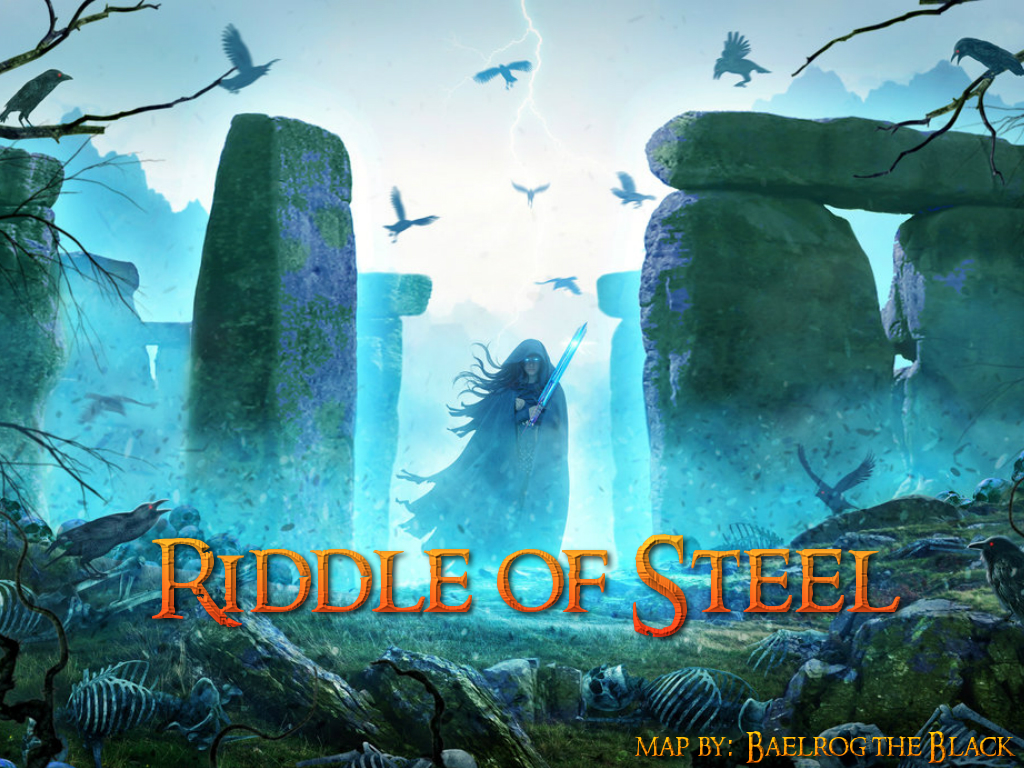 o.O bided your time did you? Full voice acting is a rare treat in the world of wc3 campaigns!

o.O bided your time did you? Full voice acting is a rare treat in the world of wc3 campaigns!
Click to expand...


I'm a perfectionist I coulda put if out a long time ago, but i kept making changes, redid the terrain, added things to make it better and more dynamic.
Last edited: Apr 24, 2019

Models 32 Icons 3 Packs 1 Maps 5 Tutorials 1
What is this even? Barely any info, even on fb there are only few images. Is this a cinematic? 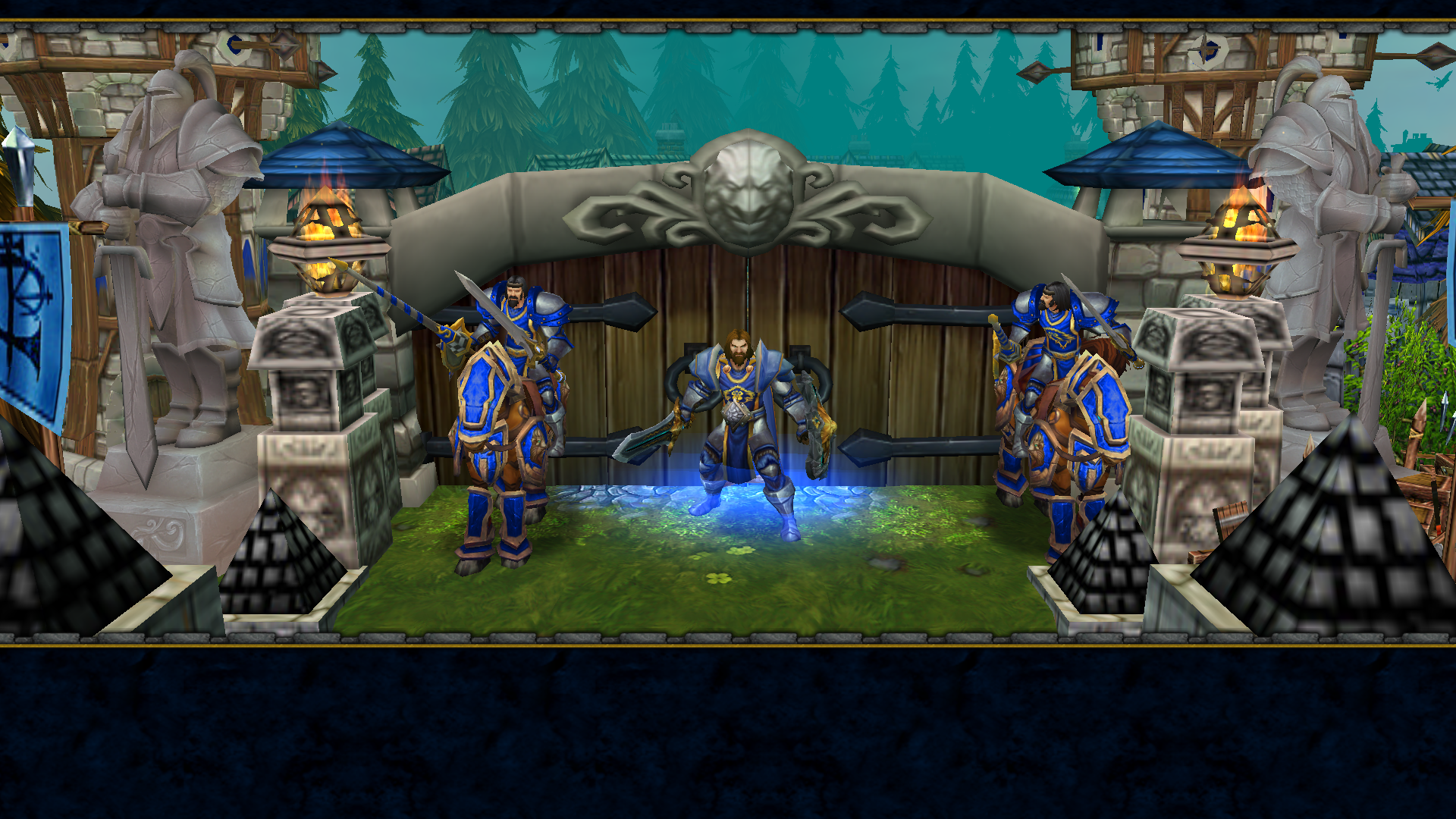 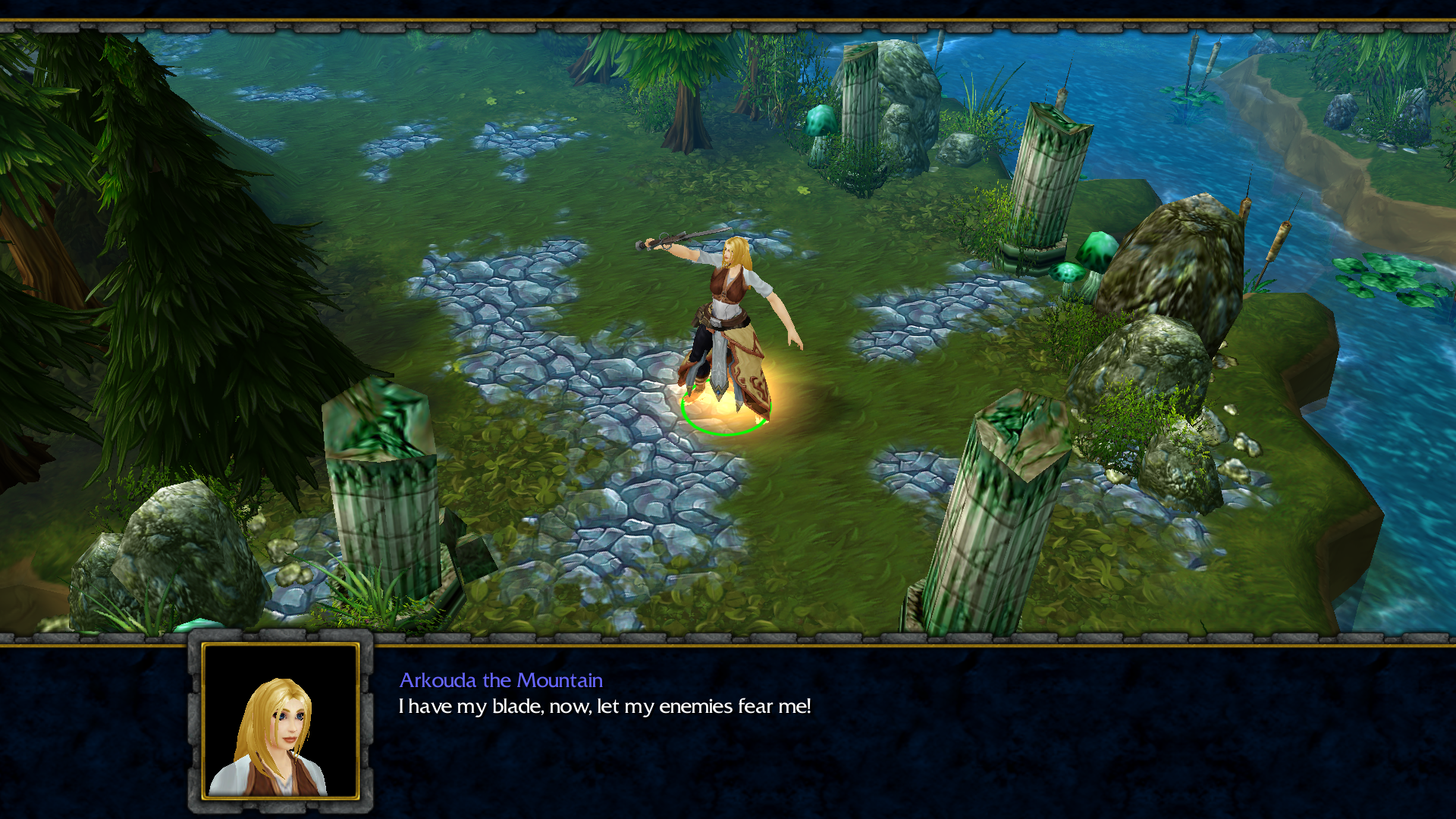 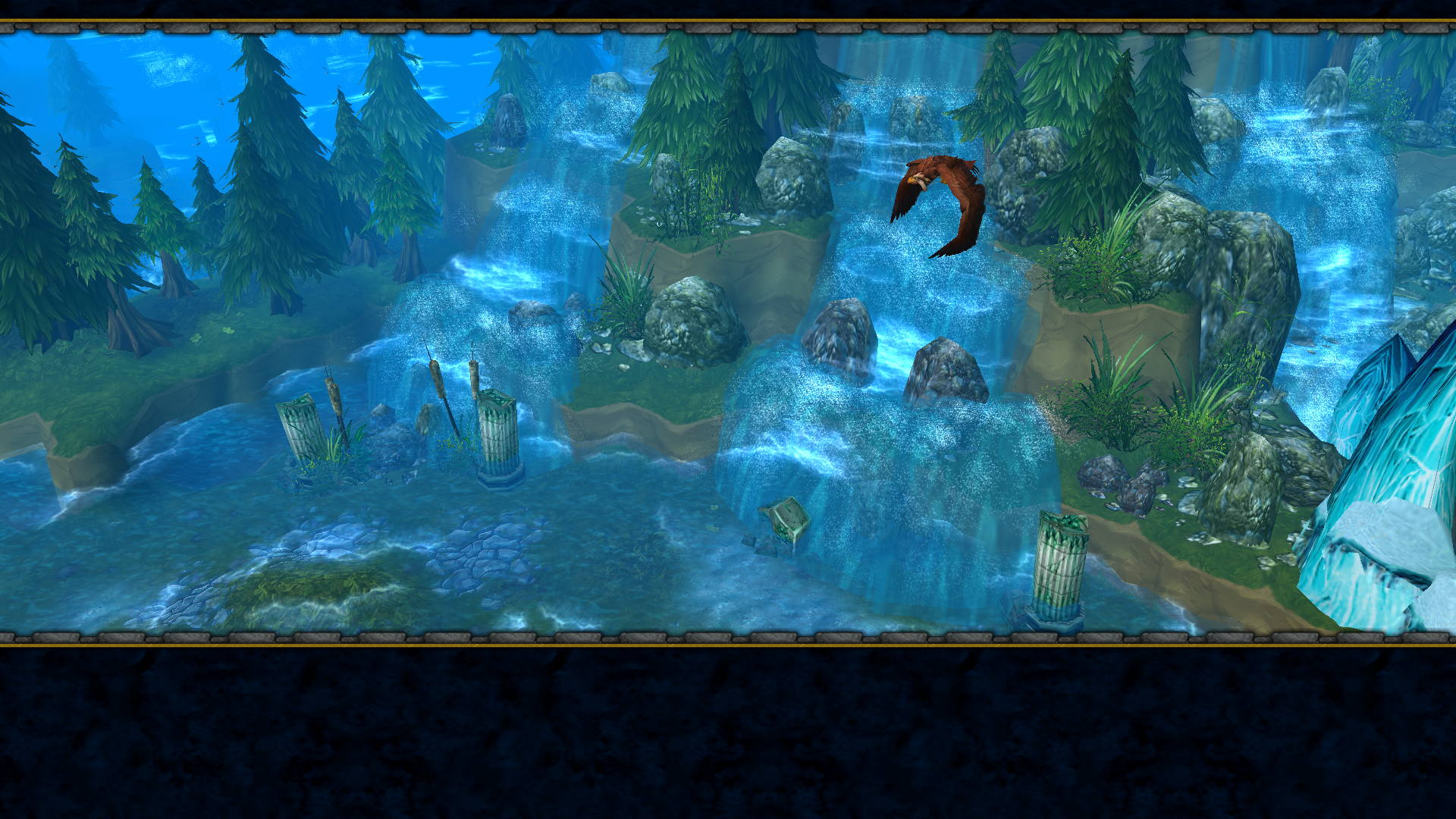 Models 32 Icons 3 Packs 1 Maps 5 Tutorials 1
Only one, that's unfortunate? I presumed it's a cinematic map since the screenshots were all showing cinematics.

Mechanical Man said:
Only one, that's unfortunate? I presumed it's a cinematic map since the screenshots were all showing cinematics.
Click to expand...

I just used the cinematic camera to get some shots of the characters and terrain. you can't play big maps multiplayer anyways so that don't even matter! =-D 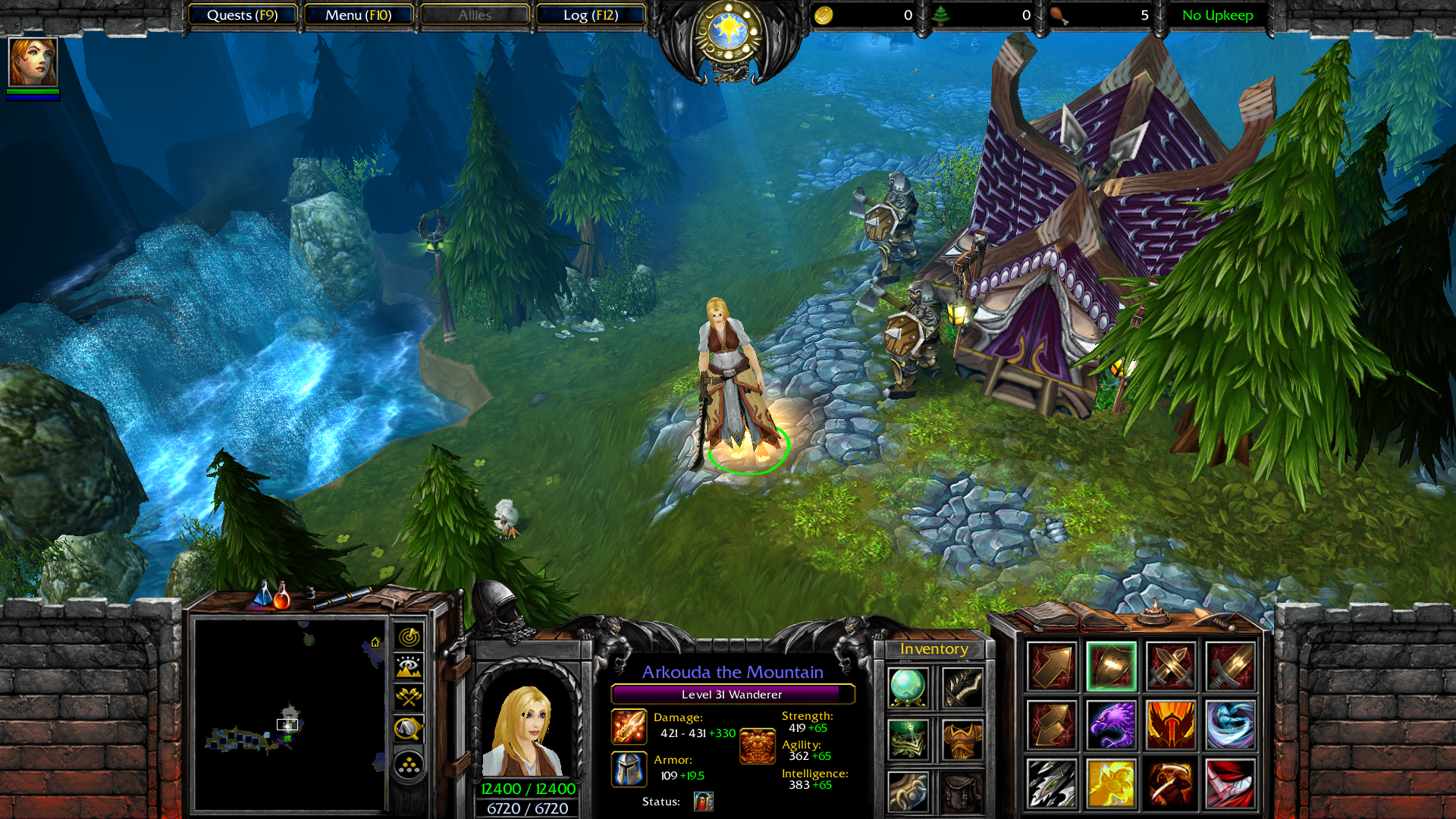 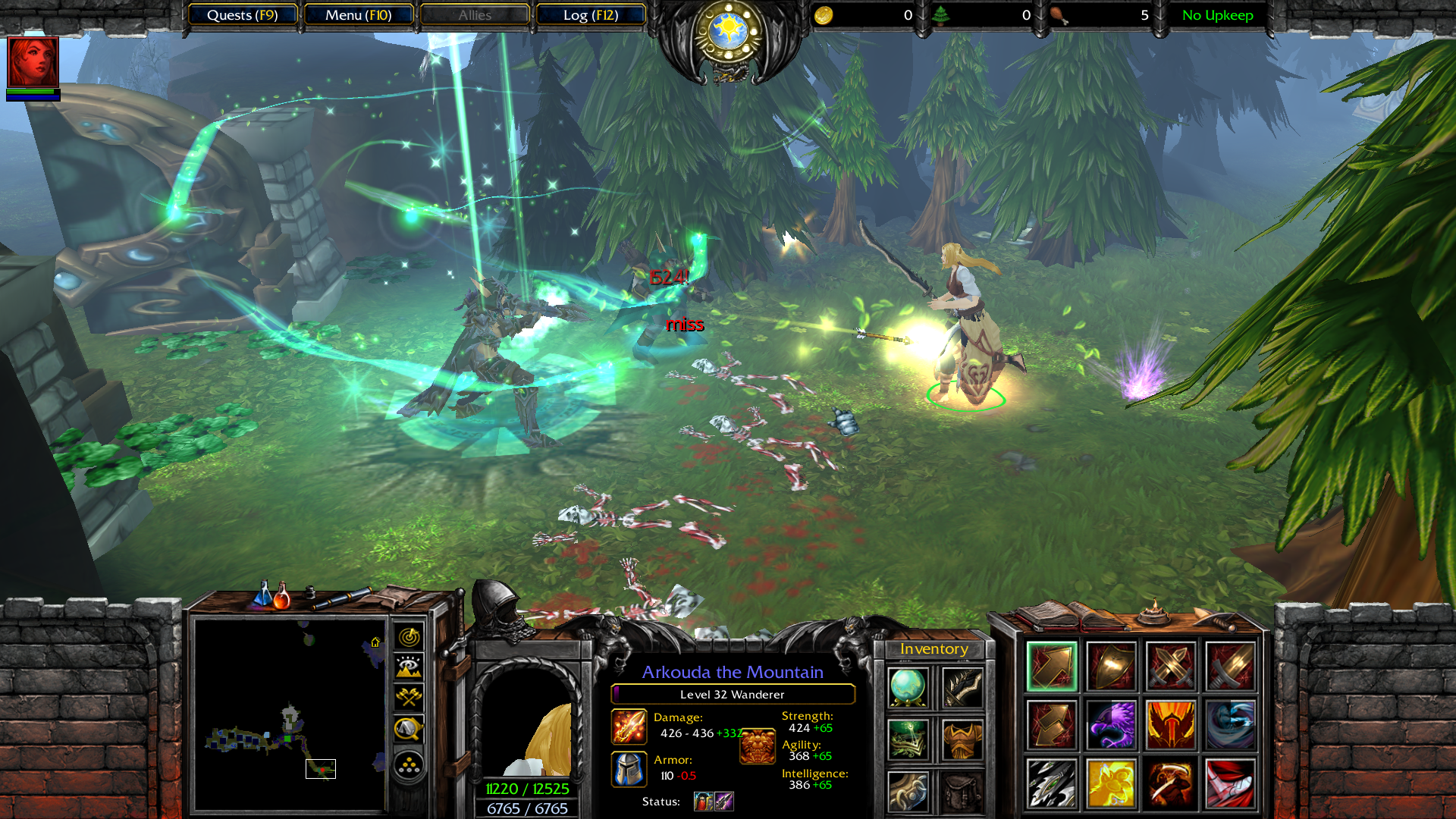 Few more showing UI and the character, stats not representative...

Icons 3 Maps 1 Spells 22 Ported Icons 5 Tutorials 6
This does not look too shabby actually.

from the look of the images, this is played in third person?

Clanzion said:
from the look of the images, this is played in third person?
Click to expand...

If anyone plays through and has feedback, let me know please! =-D

Models 32 Icons 3 Packs 1 Maps 5 Tutorials 1
maybe you could put those images into spoiler, now when you load this page it's quite annoying to watch this page loading

Mechanical Man said:
maybe you could put those images into spoiler, now when you load this page it's quite annoying to watch this page loading
Click to expand...

Not sure how you do that... Any guidance there?

I'm looking forward to checking this out when I get the chance. It's nice to see something new pop up out of the blue. I'll let you know what I think once I've had a chance to play a little bit.

At the very beginning, the screen is in cutscene mode but stays black. At one point there was a "our allies need help" line.

Sound tends to skip a lot during cutscenes.

When the necromancer casts his spell, the music isn't synched with his sentences.

Some background would be nice. For example, why are the elves hostile?

The dwarf smith belongs to the humans.

Some items need a better explanation (for example, Shroud of the Sea should mention that it causes invulnerability.

Amulet of the Ancestors doesn't show a cooldown.

Enemies have way too many stun abilities.
Last edited: Jun 27, 2019

Baelrog said:
My work is too large to upload directly...
Click to expand...

So will you end up uploading it to the map section, Baelrog?
Map size should not be an issue, there have been huge maps uploaded in the past.
The pictures look great, the map should not be limited to the Development forum if you are finished, or very few people will be able to find it.

It took quite awhile to download this one, but once I tried to play it it kicked me right back out to the map selection screen. What patch does this map require?