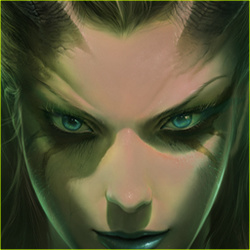 Brace yourselves to travel through the mysterious world of Millenium!
General info

Millenium is a role play game map which requires 2 players to be able to start and 6+ people to have possibility for passing it completely. Map has over 15 large locations and 32 champions to pick from, which are spreaded into 3 classes of strength, agility and intelligence. Map has -save/-load system for saving your progress (-asave/-aload for achievements), custom menus for getting abilities and setting options up along with showing different kinds of statistics.

Tips
IMPORTANT: Millenium RPG is being developed in 1.26a WE editor, so it has good compatibility on 1.26-1.28.5 patches but on the patches above issues may occur!

NOTE: original author of the map is FinalOFantaZy, translated by JustMe

P.S.: decided to make a post myself after communicating and making an agreement with author. Unfortunately his knowledge of english is in a worse state than mine.

deepstrasz
Any permission to translate/edit the map or even upload it? A credits list is mandatory in the map thread description, not just a link to the resources (Resources in Use by Millenium RPG v7.06c | HIVE). Sounds, music external material should also be...
Read full review...
Reputation Statistics
Page 1 of 2
Show Ignored Content
Page 1 of 2