Ignore them because I've made major updates since then, and this map took 2 years of my late night free time; hence why it has 40 imported models lol. You get to fight black bandit armies, hang /w Blood Elf armies, and then there's the feared golden Knights of the Blazing Sun. Plus Irish, German, Spanish, Scottish, French, and English armies with heavy cavalry.

2 player co-op: MOST FUN!!!! I highly suggest it since the beginning is faster paced..and has pirates

You and your friend should at least set your phones to speaker mode, because the missions are best with perfect team work.

You can make an army instantly by entering the letter ' a ' as a chat message: press enter, type a, & press enter again, or you can make armies at your barracks. You can also make armies if it asks you to type ' d ' to defend. Just hit enter, type the letter d, press enter again, and an army will appear almost exactly where as intended. It's like a Choose Your Own Adventure: it might say type ' i ' to marry the king of Italy, or enter the letter ' F ' to marry the dauphin of France. There are lots of options and crucial decisions you'll have to make. I tried to make the level as open ended as possible, and certain decisions might have later consequences.

*** There is only 1 rule: Your queen can't hideout on a transport ship, because if you try to do this, pirates will eventually come kill her. There is no hiding

The player 4 slot is only for two player co-op.

As soon as the game starts you should get married; the sooner the better, unless you marry Italy then that might not be true. You also might want to type ' a ' /use your barracks, unless you're trying to save money for an alternate strategy. It would be wise to assign all of your French troops in to groups (hold down ' ctrl ' and press a number, then you can double click that number to automatically select that group).

Single player:
It will then ask you to type d to defend Scotland. Press enter and type d and press enter again. Select all the footmen and run them down to your ally orcs, and set them to defend. Select your 6 archers and run them down and use them to kill 1 knight at a time, always trying to choose knights/units who have low hit-points.

From here it's lots of defending France, hence why it's good to have a French army. Also you have to defend Scotland all over again so save 20,000 for that instance. You can take a 10,000 gold loan if you need it, but that has consequences.

Eventually you will want to get Mary to Scotland where a free army (and more) is waiting, and lots of armies start attacking Scotland. The Scottish army is also better than France, and you will be closer to the 4 missions that take place.

After the missions, the Braveheart intro will take place, and I recommend typing d / paying the measly 5000 gold, no matter what.

After a dark knight invasion of everywhere, the next major event happens: The Tudors. If you ignore them they attack everywhere, and so I advise you take Mary to go talk with the Countess of Richmond, and then typing h to help. This is also the time you might want to start thinking about winning the game, because at this point England has spent most of it's money invading you.

The year is 1558, you are Mary Queen of Scots, and it's not only your job to protect both France and Scotland, but to also invade England and storm Queen Elizabeth's castle and kill her before she kills you. So it's like Chess but instead of the kings being the most important, it's the queens. If Queen Mary dies it's GAMEOVER! If you manage to storm Queen Elizabeth’s fortress and kill her...VICTORY!

So they finally made a good movie about all this: Mary Queen of Scots starring Saoirse Ronan who spent five years of her life making it. It was amazeballz to finally get to see a high quality movie of the events.

This map is my masterpiece; not only can you get married to multiple people for different prospects like in the show Reign, but you can even have a baby that grows up; like The Sims.

I really like having Zelda / RPG elements in my maps, like being able to walk up to someone and have them talk to you. Heck Link even stars in this map.

I always wanted there to be a Braveheart battle with heavy cavalry in Warcraft, and now we have it! The spears twice the length of man had to be replaced with gunpowder though

It's payday! Sim City inspired me to have automatic paydays based on the amount of buildings you own.

GTA inspired me to make some missions to obtain more gold.

Refuse to attack and have good defenses...there's a chance you might see a total Walking Dead apocalypse.

Dragons? Ya Game of Thrones inspires!

New Ai programmed from scratch by me. They don't feed but attack you with entire armies, as in their defense and offense is impeccable!
It took over 2 YEARS to make this level.
381 triggers.
376 regions.
Beta tested over 100 hours/energy drinks for perfection.
40 imported models!!!
A Dozen never seen before skins by me.


Challenges:
I've beaten it on hard, but never beaten it on 'hardest', whoever can do it first please comment so.

Protect your queen at all times! There are assassins: 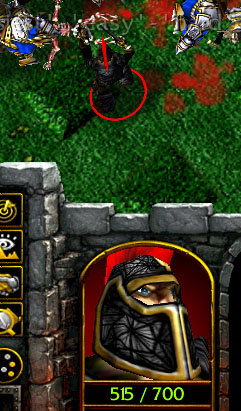 who's only job is to slay her(a new advanced assassin Ai), so block entrances, surround her close with friendlies, and don't loose because of an easily avoided mishap.

Whenever the game requests money from you, it's either a good idea, or a good value.

Betray The Tudors and they'll have their revenge, so should you help them a little, or help them a lot? #AdvancedProgramming

The last boss (Elizabeth) is no gimme, you can't just run a bunch of knights at her and win...#ZeldaBoss

Owning farms to receive a payday is very important later on, when there are no missions left, and you need more gold.

I can't tell you what it took to program this level, a level of patients I never knew I had (it has inspired me to write a hiking/climbing/kayaking/mountain biking book for the Louisville area). It all started from watching the show Reign, I wanted a level where I had to think like a king/queen, and have to make hard decisions. Decisions like whom to marry, should you spend or save your money, and whether to defend or invade.

Any fan of this level should download my other level Orcs vs Goblins & Humans 7.3P that took 9 months to program and has 7439 downloads. You have to collect 11 orbs from 11 spell happy bosses, and bring them to a gate to see the last boss's, which are castles that come to life.

Change log
Lieutenants no longer have mana.
I imported yet another model for the defense of France.
-
Fixed quest from blinking.
Made a bunch of new players to reduce stutter due to the 96 units at a time limit.
-
Fixed towers.
Changed player names to friendly or enemy to reduce confusion from having so many computer players.
-
MEDIUM UPDATE:
* The level is no longer boring since it now runs 40% faster than version 171.
* Found a bug with the Tudors.
* Gave the countries names.
* Made a couple quests easier.
* Added a bunch of new ai players to get rid of lag.
* Intro update explaining farms

BIG UPDATE:
* Finally fixed lag be reducing the amount of units by 50%
* The scottish advisor only appears if Mary is still in France (pretty sure that was the one and only last flaw of my open ended level.
* Changed some of the enemy archers hit points lower so you can flank them more easily.
**** I worked tirelessly with my friend who just bought Warcraft 3 so we could play this level...and its now 2 player co-op!!!!!!!!!!

BIGGEST UPDATE:
* All new update-system where it uses 'pauses all units' instead of cinematics.
* Made a million updates for 2-player mode, including a new hero, and a much increased difficulty.
* Adjusted the timing of the events so things weren't so sudden, and made the beginning no longer boring.
* A barracks can now buy your army as well as typing 'A'.
* All Heroes have spells that can be upgraded as much as 15 times.
* Fixed unit names.
* It's a possibility you can buy more ships.
* Made the terrain so that each country has it's own flowers/trees/rocks - look.
* If you marry Italy the invasion happens between major events instead of a matter of seconds.

V.199 Update:
* Found a flaw where if the witch burns herself and dies you don't get paid but it's fixed now.

V.202
* Fixed braveheart cinematic and made the last boss harder.

V.205
* Fixed a bug where Mary II can get stuck when she gets older.
* Made the last boss harder. I beat it, but it might be too hard for some. Just try try again, like in the old NES days.
* Pauses all units when you win.
* Informs single player you have an army in Scotland waiting for you.

hyperlunatic
Review: I just finished this map after 3 hours of playing. I have mixed feeling about this as it both fast-paced and at times, slow-paced. Good points: Marriage system Instant army Events...
Read full review...

Jaxximus
Well. One hour in and I finished the map, heres my new review back from the old one. As I see most of the things I have said in the old one, so many of my points will be repeated here, but, feel free to respond or not. The map as a concept, can be...
Read full review...

deepstrasz
Should England invade France because of Italy and France with a matter of seconds between the invasions? Nobel and Nobel2? What's with the Flying Machine... you can just use a visibility modifier via triggers. I've already went with the iron dude...
Read full review...

Daffa
[IMG] Map Reviewer: Daffa the Mage Map Name: Reign (Life of a Queen) 2P v182 Map Author: Bobadoo2 Map Uploader: bobadoo2 [IMG] Originality It's a rarely brought out idea, and quite an interesting one to say. One would rarely see this kind of map,...
Read full review...

Daffa
MAJOR The problem from previous versions still exist: the player doesn't have much time to adapt to the game early on during their first test, which can deter the player (at least for lower difficulties, especially the one so-called 'easiest'). When...
Read full review...

eubz
1. Pause all units when the game has ended. Armies are still fighting even the game has already ended. 2. Tell the player what means of transportation should he use so his full army can battle on the other side of the map. It is as if the player...
Read full review...
Reputation Statistics
Page 1 of 2
Show Ignored Content
Page 1 of 2