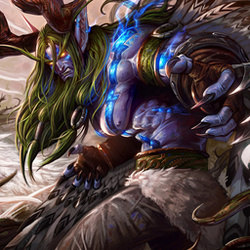 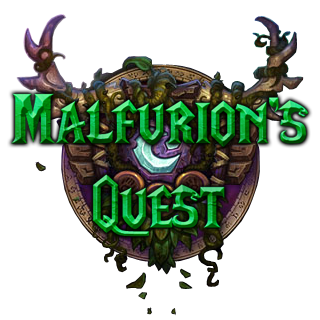 You are Malfurion Stormrage, arch druid of the Night Elves and protector of Kalimdor. A great prophecy has foretold the return of the Burning Legion, who seek to destroy Azeroth once and for all.

For 10,000 years you have roamed the Emerald Dream, awaiting the day for your return to lead your people against the demons. However, you feel that the world has changed much during your absence. Despite Nordrassil being heavily guarded and Illidan the Betrayer sealed deep within his prison, you sense something terribly wrong that threatens your people's survival from the coming invasion.

Your mind is left in doubt, and the Prophecy's fulfillment draws near. Will you make sacrifices to ensure Azeroth's survival from the Burning Legion? Find out as you play Malfurion's Quest, the epic finale in Turnro's series of Warcraft 3 campaigns.