Legendary Resistance is developed in 2019, its focus mainly surrounds the player(s) defending the Castle until they are strong enough to dominate the attacker, they are controlled by the computer player. This game can hold up to 10 players and starting resources are lower for more players. The difficulty is also slightly more when it has more players. Players control a Hero, can cast spells, use items, and upgrade their gear. Players may also invest in building of Towers or researching their Altar for other benefits. Temporary healing and restoring runes are available in the Castle for quicker restoring and Tomes are also available for purchase there. Gaining resources are mainly based on dealing and taking damage, experience are mainly gained by kills. Estimated game time is about 1 hour and is suppose to be shorter with more players.

This is one of my latest projects along with many others in my signature, I am previously using Destiny.Knight username and I was thinking of changing due to problems with other users also holding that name, then Hiveworkshop had a new update and I have integrated my account to the new nickname. I am a professional programmer and also learnt almost all tricks programming has to offer. I am more concerned about glitches and limited processing than anything else. This project will be released by 2020 but it is extremely playable even in the Beta stage and I want to hear what the community here has to say about this, at least at my prime, how my skills have changed over the years.

As shown previously, this is different from DotA because there is no enemy players, everyone is fighting against a computer player. There are Tomes, rewards are based mostly on damage and kills do not give you as much advantage. Upgrading of gear refers to the ability to research in a Blacksmith which allows players to upgrade their Hero up to a maximum of 10 times. This game has 20 levels for the abilities of the Hero and maximum level of the Hero is 100. Fade system, as a being is killed, it starts to fade away from the game, it takes 11 seconds to fully remove a being and has limited lag optimization, after 6 seconds, or 3 seconds depending on the being type, it can be used for corpse summons.

This map has almost zero memory leaks, I fixed most memory leaks to the best of my knowledge. The game play functions with a touch of difficulty that keeps players engaged until about 1 hour time where the game starts to swing toward the favor of Human side. There were multiple public test made before posting the map here for review, and all known glitches for icons and descriptions, game play glitches has been fixed from 0.1 to 0.5 Beta versions.

The description of the game is fully written in English.

There are currently no credits as there are no imports of custom models or icons.

This map works with the latest version of Warcraft III: The Frozen Throne.

Mountain King: Storm Bolt, Thunder Clap, Bash, Attribute Bonus and Avatar.
The Mountain King has balanced fighting powers and can stun big enemies with his attacks and spells, Avatar is his main source of defense to survive in long term fights.

Tinker: Rapid Rockets, Pocket Factory, Engineering Upgrade, Attribute Bonus and Mega Robot.
The Tinker has very strong early and late potential as he is able to quickly upgrade his abilities and also do a heavy impact at the early stage of the game.

Paladin: Holy Light, Divine Shield, Devotion Aura, Attribute Bonus, Resurrection.
The Paladin is the most durable class of all the other classes, but he is only strong in the early stage of the game and is fairly average at the later part. However, he is able to take a lot of damage without being easily eliminated.

Priestess of the Moon: Owl Scout, Searing Arrows, Trueshot Aura, Attribute Bonus and Starfall.
The Priestess of the Moon excels in almost all parts of the game, However due to limited mana pool, she is unable to stay at her peak, with sufficient mana, she will be able to perform well.

Blood Mage: Flame Strike, Banish, Siphon, Attribute Bonus and Phoenix.
The Blood Mage has strong area effect damage and the strongest ultimate in the game. he is limited by his ability to do attack damage, However his abilities overcome this problem.

More Heroes in game to be discovered. 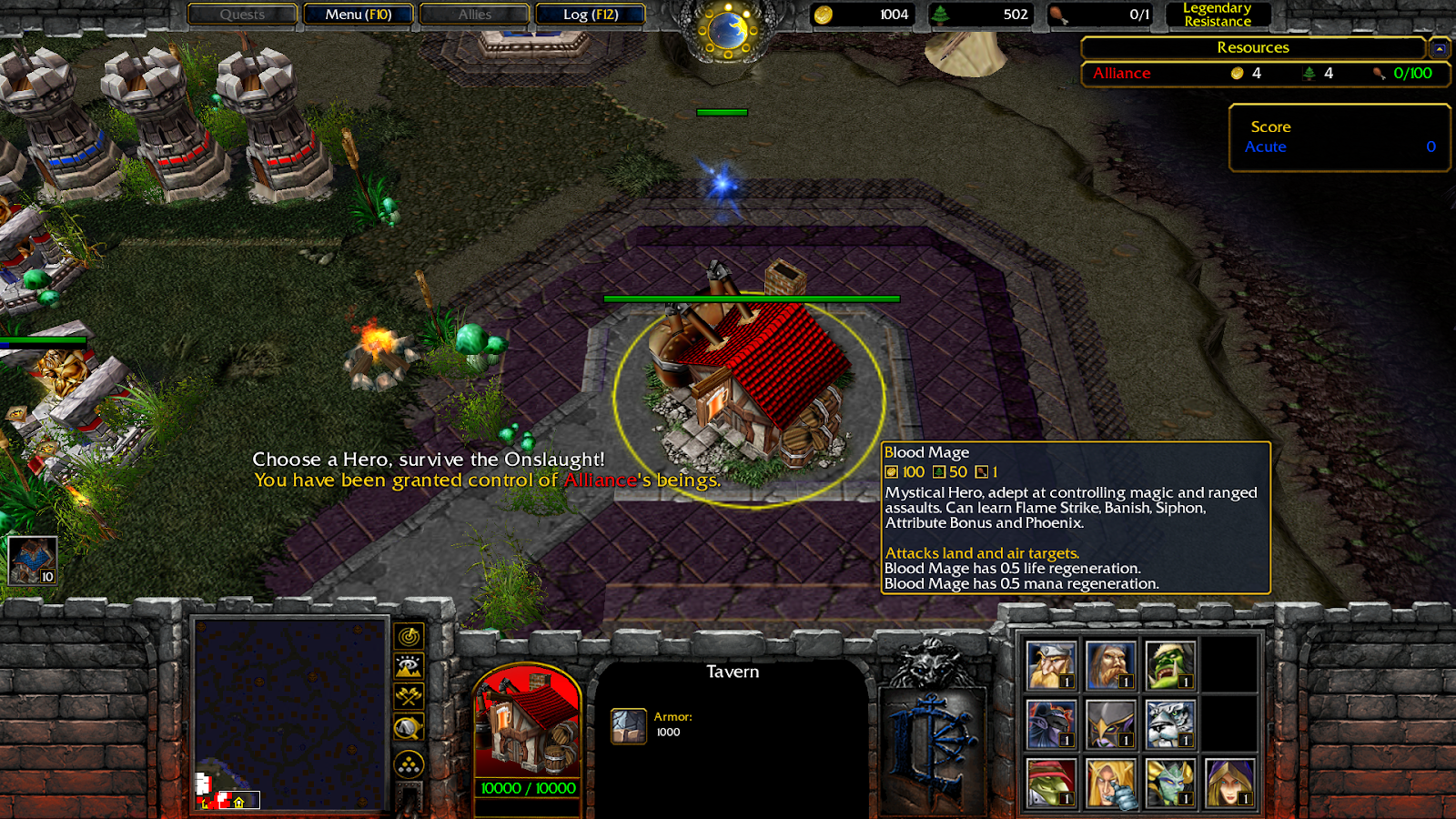 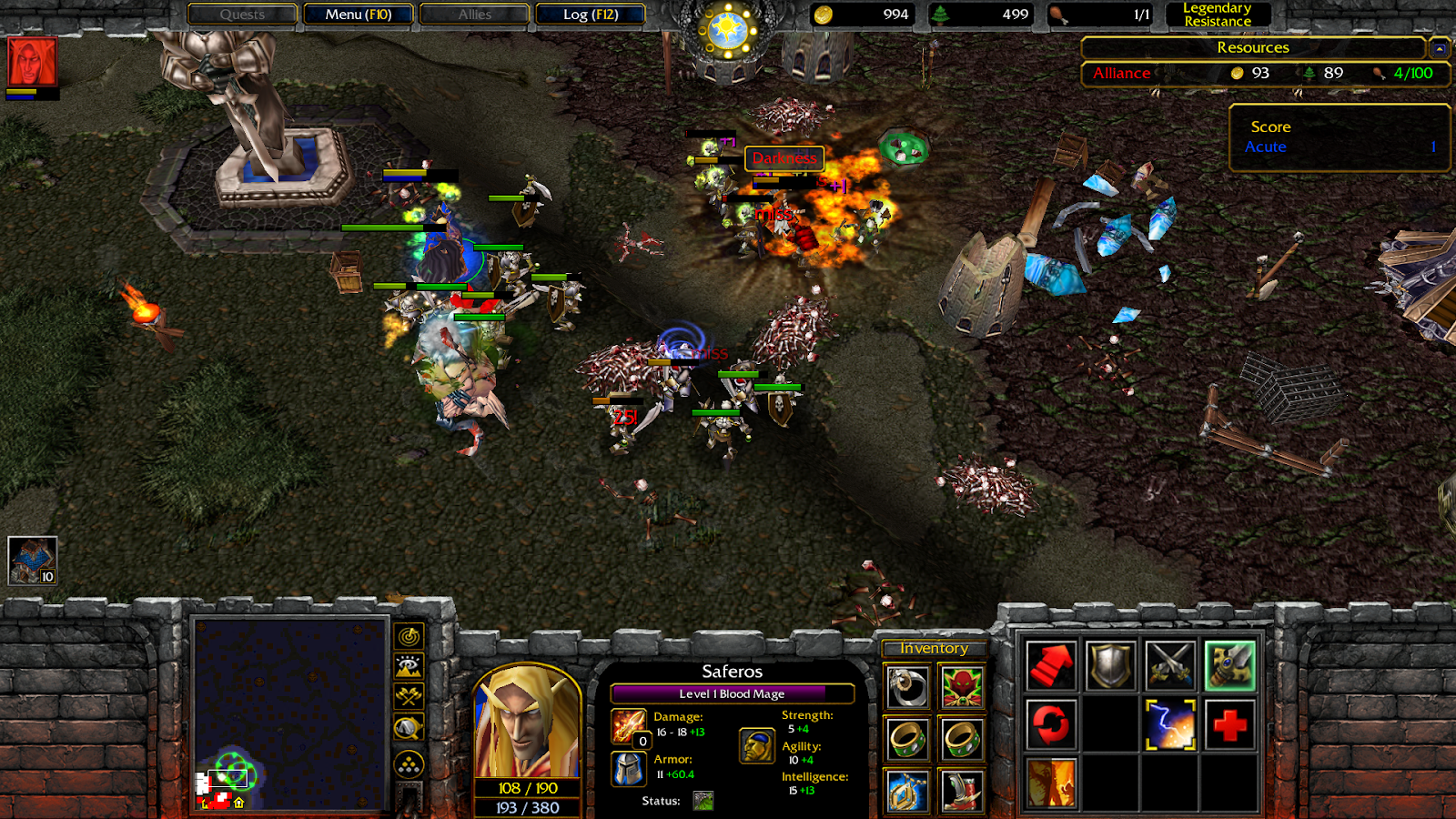 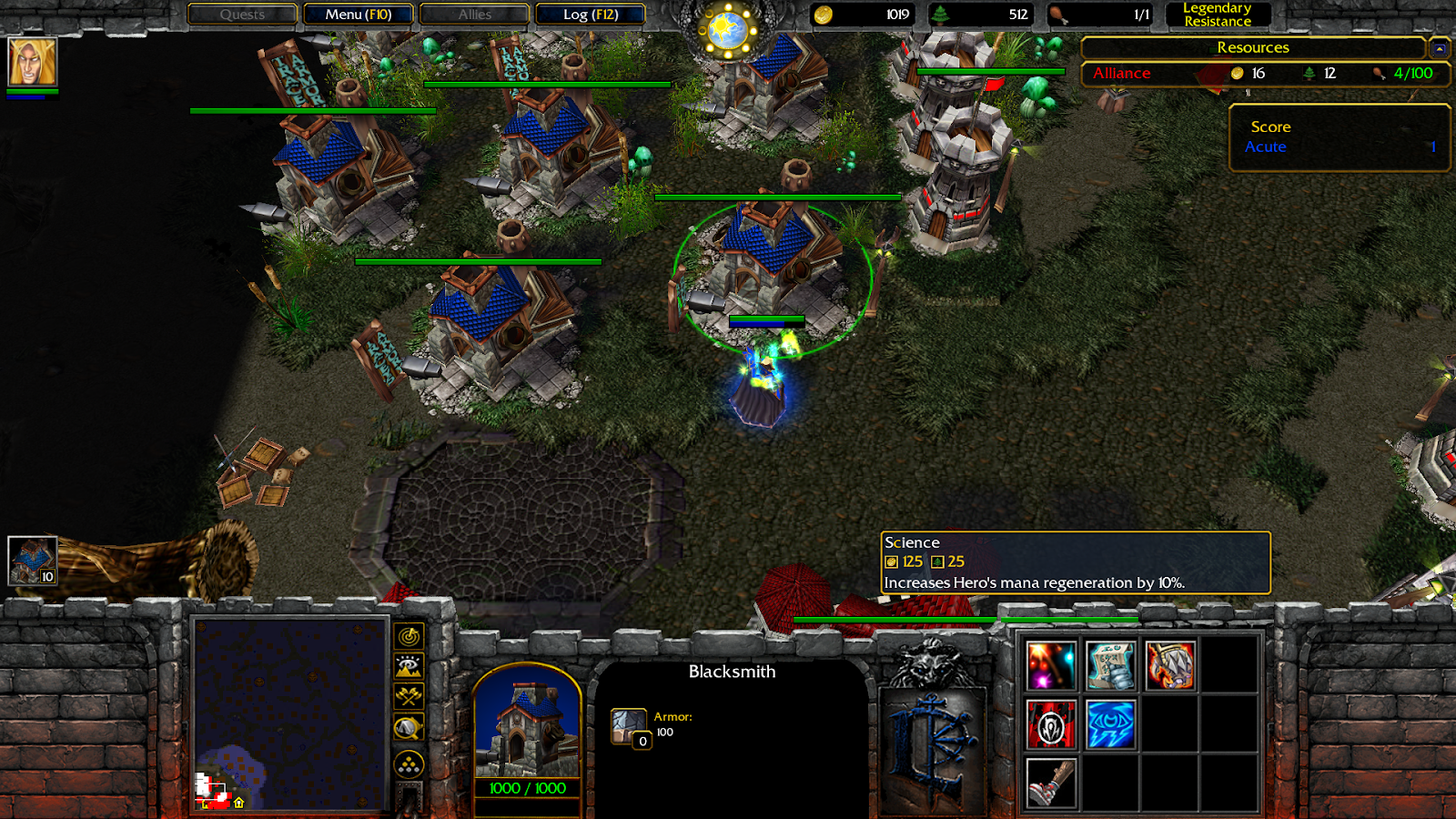 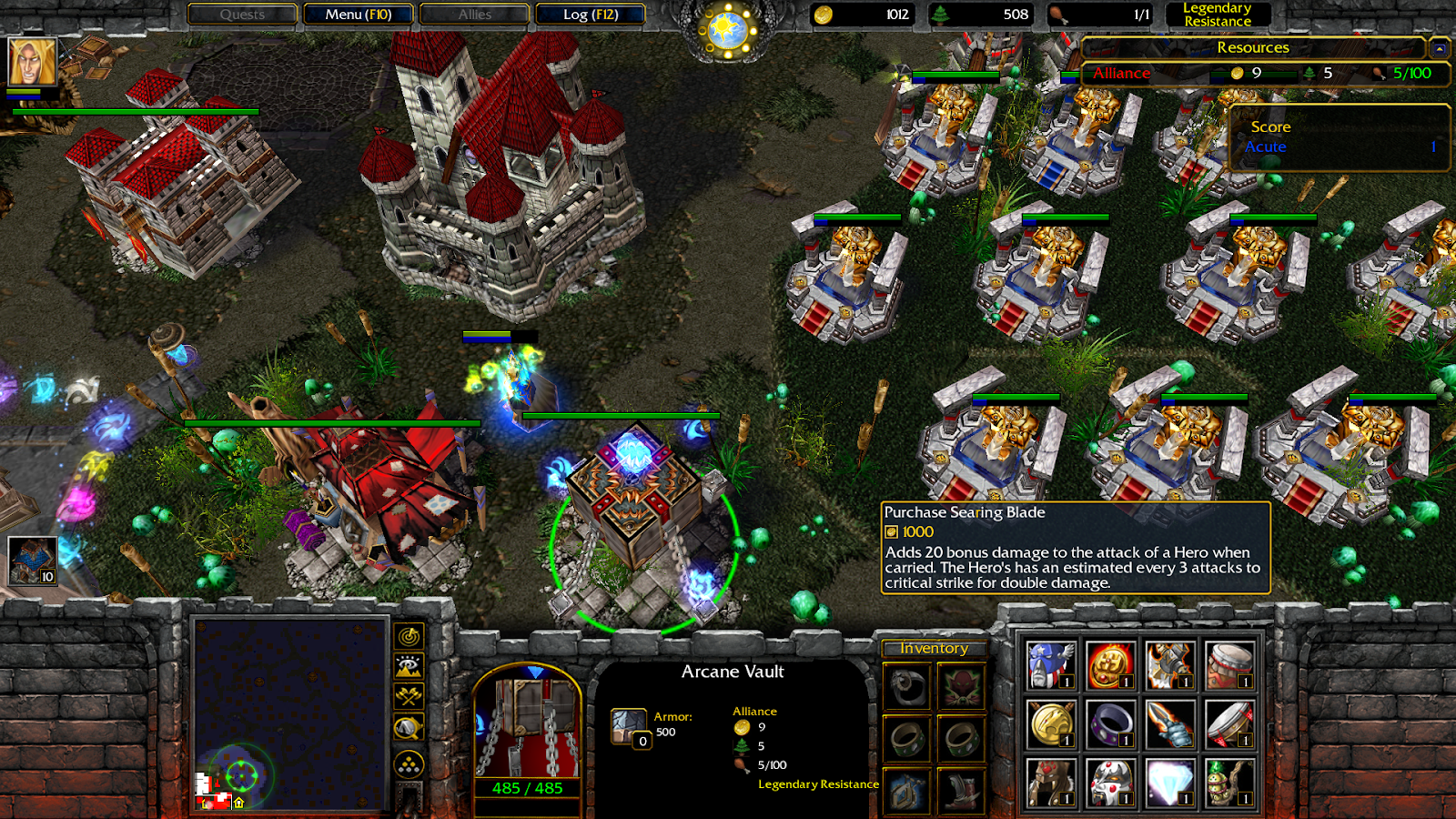 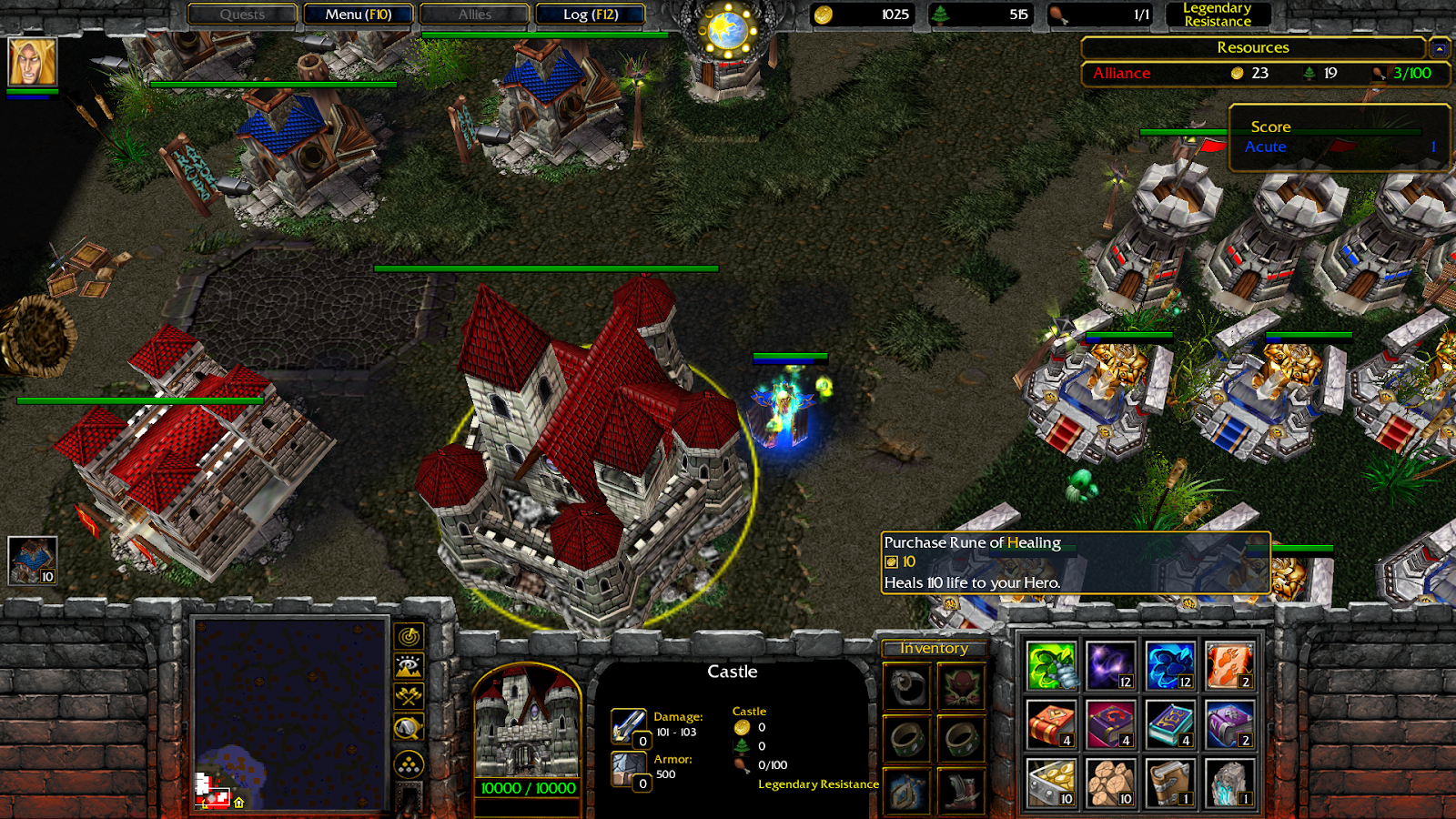 Blasterixx
Ok i played the map once with some random players, was pretty nice, hard at first but got easier later after our spells got stronger and with the upgrades from the blacksmiths, i see the map is still in beta, but it looks decent already!...
Read full review...

deepstrasz
This is not a tower defense (map tag). It's more of an Offense/Defense map. The map lags for some reason. Check your leaks and loops. Warcraft III spells. Not only that but also heroes. Why not try custom stuff? Spells | HIVE Warcraft III units,...
Read full review...