Legacy of the Damned 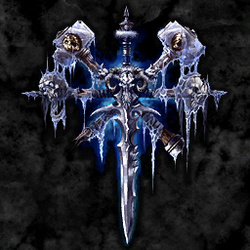 At long last... Behold, my latest creation!
Legacy of the Damned in Brutal difficulty has finally arrived!

Only 1st mission is easier than usual because f*ck that piece of sh*t mission!
3rd mission: Varimathras' defense is abundantly stronger.
6th mission: Balnazzar, the last yet the strongest Dreadlord (apart from Tichondrius). His forces are vast and he, himself, is tremendously powerful (even on his own). So beware!
8th mission (finale): the ultimate showdown... the last fight of Warcraft 3...
Both Arthas and Illidan are cunning...
To compensate for the most difficult mission of all, Arthas and Anub'arak have stronger abilities!

Possible issue with campaign: after each mission, select "quit campaign" and then go back to the custom campaigns and select the next mission (otherwise the actual missions from Blizzard campaign are played).
Hero items might not be saved!
Contents
Reputation Statistics
Show Ignored Content