This bundle is marked as approved. It works and satisfies the submission rules.
View usage Statistics Legacy download
Reactions: Henry_AC, Devalut, Vinz and 3 others 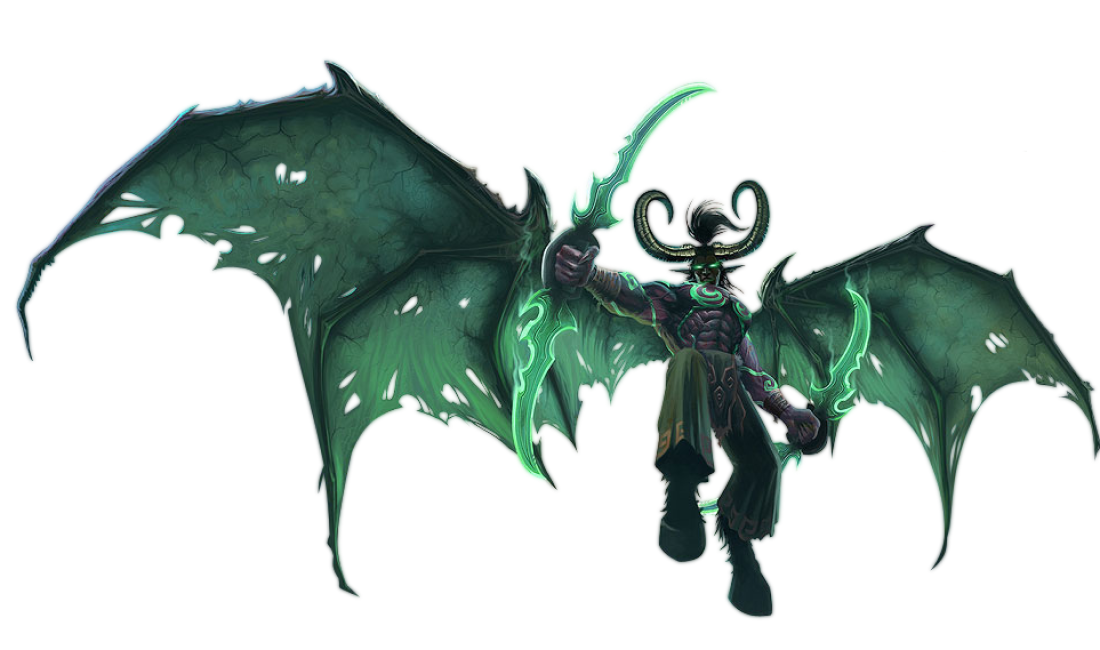 Illidan Stormrage, The Betrayer and the first of the Demon Hunters. Illidan, in this Hero Concept, is a main Melee Assassin specialized in countering Magic damage and Spell casters. Thanks to all that have been credited for their awesome work on models, effects, icons and code library's, and please, if you find that no credit was given to you for your work here or credit were given by mistake, let me know, so I can fix it. Enjoy! 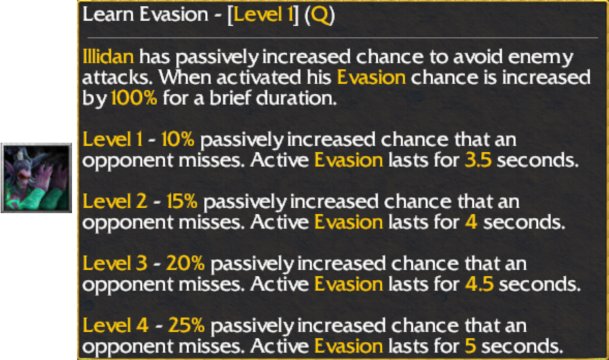 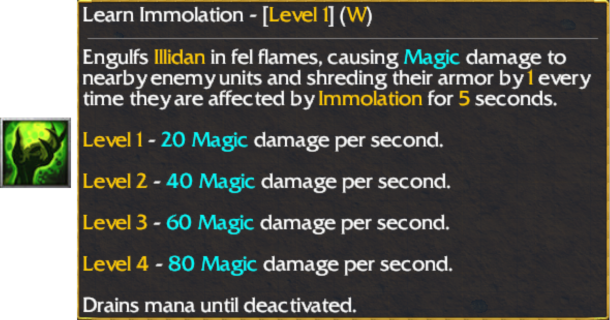 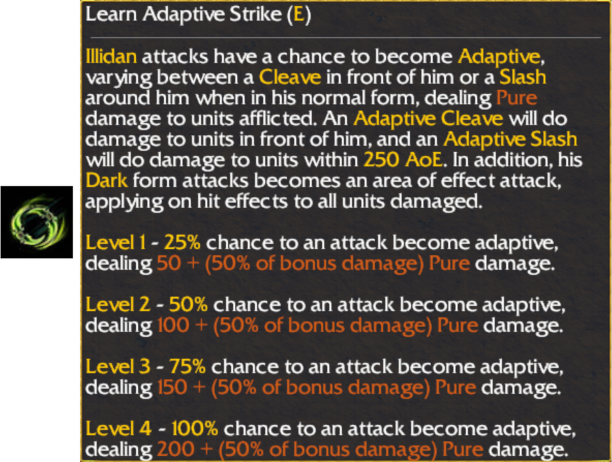 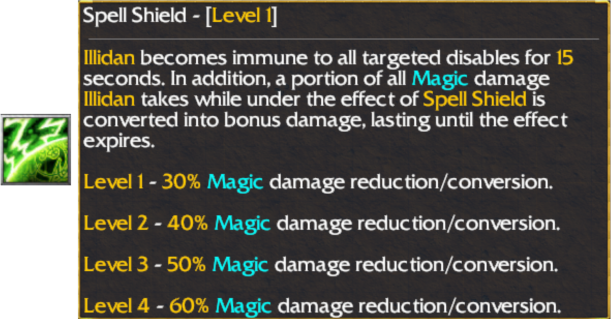 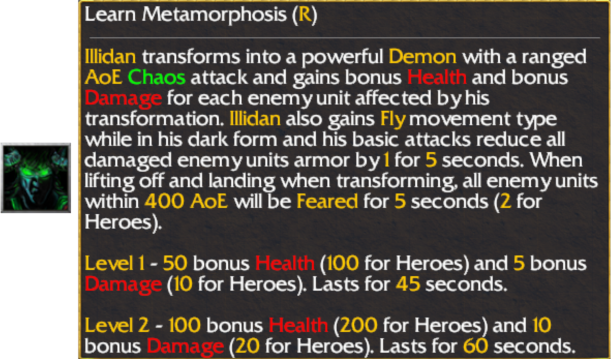 MyPad
A well-done Hero concept, although this one is a bit plain compared to the others. Nicely done, as usual. Status: Approved
Read full review...

Maps 3
Nice work mate, but you could've been more creative if you added more original skills such as "Dive" or "Sweeping Strike" from HotS...that would make it more interesting. Or "Fel Beam" into his demon form. This is just regular Illidan with same but improved abilities. Still awesome though

hemmedo said:
Nice work mate, but you could've been more creative if you added more original skills such as "Dive" or "Sweeping Strike" from HotS...that would make it more interesting. Or "Fel Beam" into his demon form. This is just regular Illidan with same but improved abilities. Still awesome though
Click to expand...

Similar to Samuro, i think Illidan original kit is pretty good but it lacked some "juice" for his playstyle, so i wanted to leverage and improve upon some of his original conepts, like evasion. Tbh, i never liked Illidan spells from HOTS, the spells that you metioned, Dive and Sweeping Strike are basically the same, a dash that do damage at the end, so it felt not that "cool" to do just that, so i came up Adaptive Strike and Spell Shield instead, but i got your point, this is just my view of him. I thought of creating a Fel Eye Beam for him, like in the cinematic from Legion, and it would fit pretty good for his Demon form, but i wanted his last spell to be useful for both of his forms, and since i played around him being a counter spell caster, mana burn with extra touch fit pretty well i think. Anyway, thx for the reply.

Maps 3
Yeah sure, it's all subjective, I myself enjoy Illidan a lot in HotS because he feels extremely agile, can do all those crazy stuff and pursue enemies forever

Your reasons are understandable though. But at least you could've added Fel Eye Beam which is like the most iconic spell of Illidan nowadays. It would've looked awesome with that cool flying demonic form. One exclusive ranged spell for that form would make the transformation more interesting in my opinion.

Maps 2 Spells 1 Ported Models 61
another excellent hero concept. the only thing that needs fixed is the deactivate immolation needing a disabled icon. it shows as the green box when you have the menu open.


otherwise, i agree that the standard illidan pack is fairly solid and is made even better with these bonuses. however, an additional spell or effect being added somewhere to set him apart from the melee version but not making him the HoTs version could be useful. for example while his flying metamorphosis is active, he creates flames of azzinoth that get stronger with the amount of mana he burns off enemies. i would also suggest adding a cancel button for metamorphosis in case you want to use the fear effect more effectively

Reforged HD Models 7 Reforged HD Skins 3
mr chopinski bro lol, your concept are just amazing and so much fun, this illidan set is tough as hell. Lol i got a problem with the fear though, me and friend have 1v1 dota style map going for playing around with our newly created factions while setting up skill sets for heroes. so when he uses the metamorphosis and the groups of enemies get feared, it works all fine, except that it my heros' level is reset back to 1 and also lose my skills, and giving me extra hp. so something is wrong here, i am not familiar in any jass type stuff to know exactly what the problem is, my initial thoughts here of looking through, would be the bear form skill being used for fear, you reckon we can use a different skill that wouldnt try to change the form to an alternate unit? as being the issued order, would technically try to change it forms (blaming blizzard for this nonsense lol) so im thinking this is why its resetting my level and stuff and not sure what to think about the hp being added either.
So whatcha reckon there mate?

EDIT: oh well i did end up adjusting the bearform skill that was being used for fear, to berserker, and now its working without resetting heros. sorry to keep finding problems here though, its like not intentional lol,
so the new problem i got is still with the fear, So using your Samuro Hero Concept, with his illusions, i was in a mimic of windwalk with all them, heading to attack the demon hunter that my friend is playing, he uses metamorphosis and fears everything, now this feared the illusions and stuff and caused a Player Desync and kicked my friend out of the game, left me in there though, so what ups with the illusions, you got any ideas there chopinski? lol
Last edited: Jan 12, 2021

This Illidan abilities are just Amazing ! Im having so much fun with this hero, awesome job done here!
Thanks for sharing this, the only problem here is that i found this so late anyways gj nice

Excellent work man. Please make one for maeiv too

Models 1 Icons 3 Maps 3 Spells 6 JASS 7
A well-done Hero concept, although this one is a bit plain compared to the others.
Nicely done, as usual.


In the SpellShield library, the following block could logically be improved into the following: (This is actually nitpicky)

Importing Hero Concepts
You must log in or register to reply here.