How to unprotect a map

Before I get flammed out of earth because people think im trying to steal a map I want to say in advanced that I am not.

There is a specific reason to why I want to learn this. Many many years ago, (about 5) I played a game called Everline rpg. Now I bet that no one that reads this post has played it. For me, it was a fascinating game. I played with a few friends to the point were the map ends. Only about a half of it is completed so I decided I would contact the maker and try to ask him to let me complete the map. It so happens that I have not been able to contact him ever so I have decided to try to unprotect it and finish it myself. I downloaded a unprotector from the internet but I have no idea how to use it.

I will give credit to everyone who has been credited in the map so far and will not destroy the map in anyway. I only wish to complete the map, better it. If someone may be so kind to help me with my problem I would be extremely greatful for their help.

Here is the map incase you would like to see/try it.

If not...try to make a rpg that is similiar.

You will not even get any steps by the members here =.= cause its illegal here.
The best way is to go to a site that supports unprotecting map. Not here. 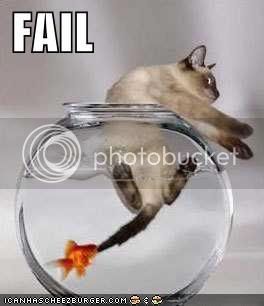 okay I thought it would be worth a shot anyway. : /

By the way thanks for the notice. I didn't know if it was illegal or not. I mean asking for help on how to do it on this site. Its not like my intentions are evil but I know what you mean.

Models 2 Tools 1 Maps 1
We know lol. You just wanna continue the map after all.

Models 2 Tools 1 Maps 1
"Only about a half of it is completed so I decided I would contact the maker and try to ask him to let me complete the map. It so happens that I have not been able to contact him ever so I have decided to try to unprotect it and finish it myself."

i can do it for you, but hive doesn't support works like this.
if it is only half of it was completed, maybe you can start a new one using the same idea.
if you really know the whole thingy in the map then it is better to try working on it from the start than continuing it without permission.
i know its hard to create an RPG map but i think you can create because you think you can continue.

just dont forget to give credits to whom you got the idea of the map
You must log in or register to reply here.

Unprotecting a map to fix the return bug.