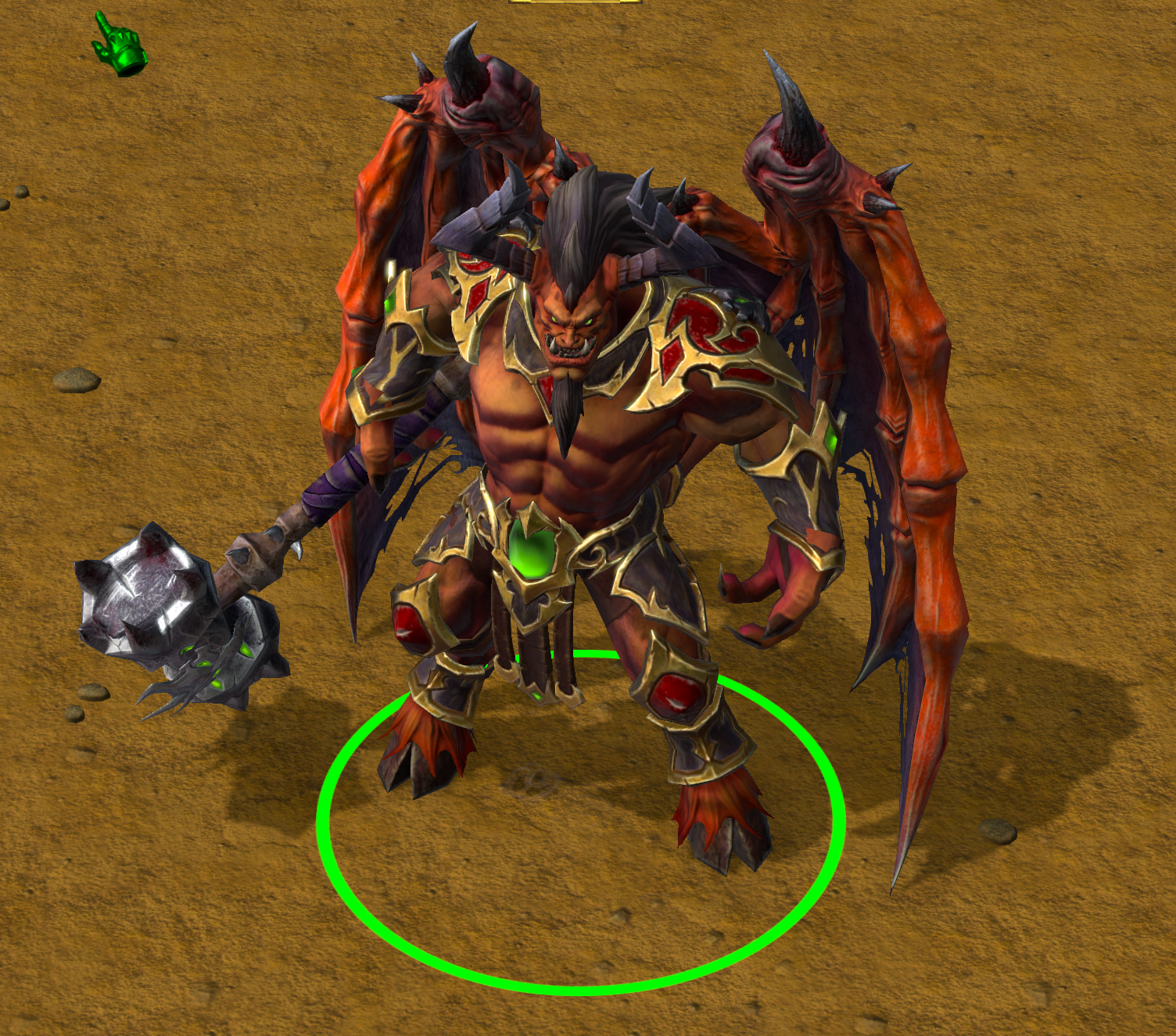 This bundle is marked as pending. It has not been reviewed by a staff member yet.
View usage Statistics Legacy download
Reactions: King Ahoura, andybotz, Hawkknight97 and 19 others
This model is a restoration of a file from an old copy of the Reforged Beta. Someone asked me for the file, and I found that if I looked hard enough, I did indeed still have the file. However, the file was in the old MDX900 beta format and it had visual issues because the texture asset corresponding to the model was not assigned to the model even on the old version where I found the model stored. I have made the following changes to restore this file:

Other than the above technical fixes, this model is otherwise a restoration of Blizzard Artwork that was cut from Reforged during beta. You can credit me if you like or don't bother since it's Blizzard's work, but I wouldn't mind if you credit me for the above fixes.
Also, for my own part, feel free to edit this model any way that you wish as far as I'm concerned. As I was uploading the model and I began to realize that the Reforged release might include the textures for this model so that it did not even need custom textures, I realized it might be smart to optimize it not to need those. Definitely feel free to make that fix yourself for example if you determine this to be the case.

Edit: Uploaded a fixed version that uses ingame textures, as mentioned above.

Edit 2: I forgot and apparently did not upload this model to the "fixed original reforged models" section. Could a mod/reviewer move this thread to that subforum for me? Thanks.
Contents

Models 68 Icons 1 Skins 1 Tools 6 Maps 11 Templates 1 Reforged HD Models 10 Ported Models 1 Sounds 3 Tutorials 1
Here's an example of how you can use FaceFX with this model with some other soundset even though you can't with the normal Doom Guard soundset.

Are models made for reforged versions not available in older versions?

yelimeng said:
Are models made for reforged versions not available in older versions?
Click to expand...

Hi yelimeng, and welcome to the Hive! Warcraft III: Reforged is a graphical remaster of the Warcraft III game that replaces the Warcraft III render pipeline with new code copied from modern game engines. When the computer goes to draw each pixel of a Warcraft III: Reforged model surface, the computer pulls in a mosaic of data from three to six texture files and performs mathematical operations on the colors of the textures as individual numeric values. These values compute physics-based lighting and shading on the surface of the model that allows it to approximate an appearance as though the model were much more complicated than it actually is, by approximating the 3D world as being constructed from a lattuce of infinite tiny mirrors. These mirrors each reflect the light using the radiance equation calculus computations and that produces the color of the surface of the Reforged model. You can read about the radiance equation and the calculus involved here:

These assets that the Reforged engine can load and process using this radiance equation and the related PBR technologies that require complex calculus in order to draw to the screen are technologically unlike what was present on the 2002 Warcraft III CD. The format would be alien to the 2002 Warcraft III game, and it would not be able to draw them because the necessary calculus and equations to perform this kind of render probably only existed in a theoretical sense in 2002, if it even existed at all. Wikipedia says the term "PBR" was not widely popularized until 2014.

So the model that I have uploaded here requires ingame textures from the Warcraft III: Reforged game. If you were to try to load this model on a copy of Warcraft III from the year 2002 from your CD, then that would not work. In addition, if you tried to port the model back to your 2002 Warcraft III game installation, then that would not work either even if you also included the texture files. Even a port of the new the texture files imported on your old version of the game would not have the necessary radiance equation calculus happening inside the computer to display them, so the model file would come out looking like play-dough garbage, if at all.

If you are interested in converting models to look like play-dough garbage to use on your old CD-based installation of Warcraft III from the year 2002, there is a computer software that I developed here on the Hive for editing Warcraft III models called Retera Model Studio. In my software, as a joke late one evening I added a button to convert the Reforged assets back into their counterpart 2002 Warcraft III game format directly. My main goal was to prove to people who were asking me to help them that doing so was a dumb idea.

What I have found is that because I accidentally left that button in my program long-term, a number of people came to take it more seriously and use it, believing that they were "converting the Reforged models to classic" although really they were just using a joke piece of software that I created to produce play-dough garbage.

More recently, other users besides myself have found ways to precache the results of the radiance calculus equations and use that to create models that are valid inputs for custom maps on the 2002 Warcraft III CD game -- but the models look a bit more like their Reforged counterparts than anything that I have ever created. However, because those people probably had to work incredibly hard to pull something like that off, I have not seen anyone share how it is being done. You would essentially have to bake and produce an entirely new texture asset, as well as dealing with other problems. It would be a technologically involved process, although in theory you might be able to automate most of it.

When you were done, you would have a fabulous way of achieving the grotesque potential to essentially pirate Reforged one individual model at a time. Every time you pirate a Reforged model, an angel loses its wings.

Does that answer your question?

Here's a video that answers your question basically -- the answer is that NO you do not want to even try to do that. You think you do, but you do not.


haha look, I even fixed the geometric spears sticking out of his chest and put back the team color: 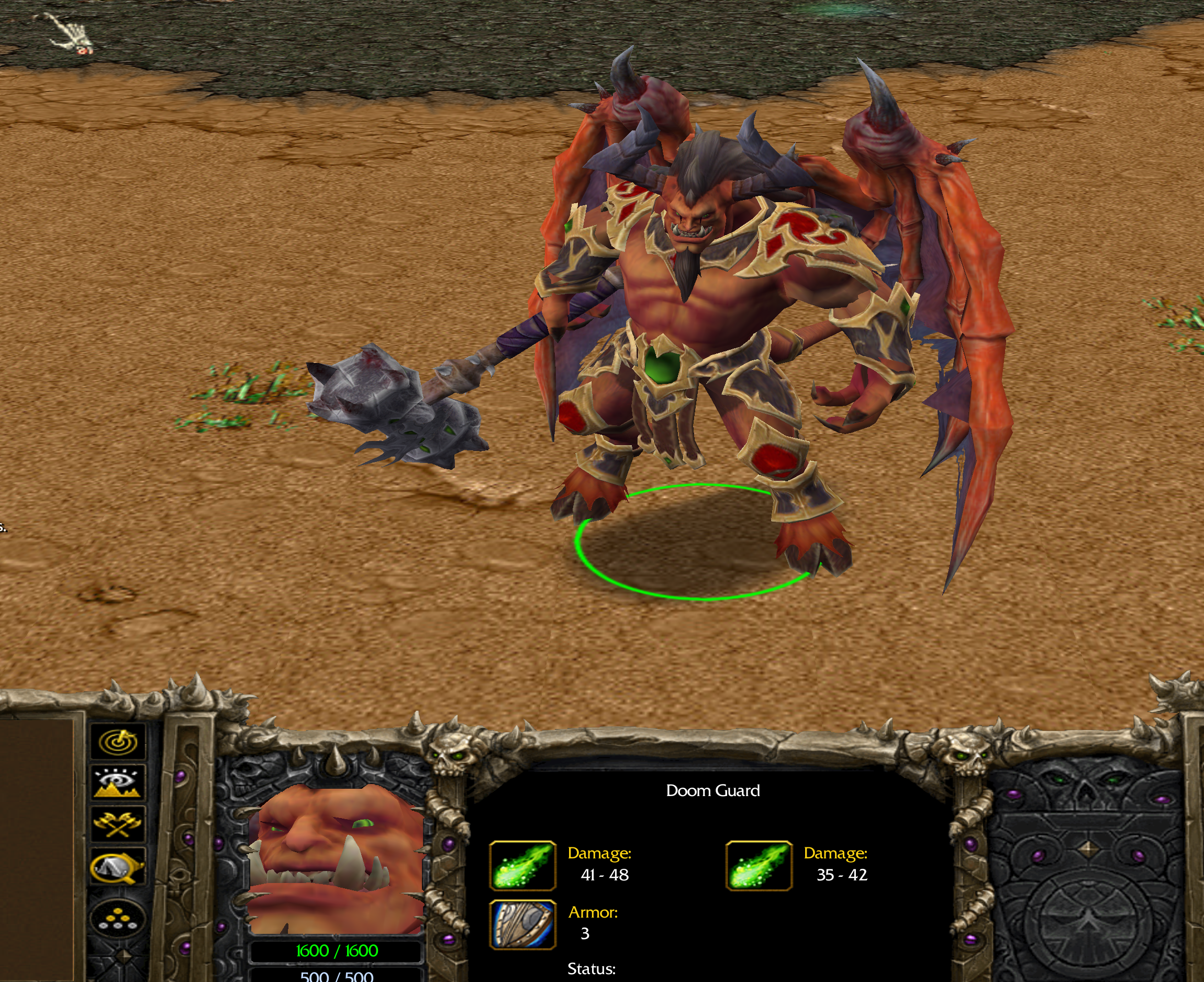 Reforged HD Models 18 Reforged HD Skins 1
Mister I have only one thing to say to you. Damn this is amazing!
Also, do you have a link to a guide of yours where I can see how to change/add animations on the reforged models? I saw the one with peasant and footman, but when I tried it both of them appeared and the peasant was not doing the animations

excellent model, I will put it to good use

Reforged HD Models 30
Nice... just add a Dissipate animation and Hero Glow and you have a working Doom Lord. ^^

Raddazong said:
Nice... just add a Dissipate animation and Hero Glow and you have a working Doom Lord. ^^
Click to expand...

Using it for Kazzak :]

Raddazong said:
Nice... just add a Dissipate animation and Hero Glow and you have a working Doom Lord. ^^
Click to expand...

YourArthas said:
Well a Doom Lord still needs Tauren like horns and most importantly tentacles other than other minor details
Click to expand...

Before Patch 6.2 (that was "Fury of the Hellfire" in WoW: WoD)= Yes.
So they used a model called "Doomguard Elite" for the Doomlords which had these features + some more like some heavier armor.
After Patch 6.2, all "new" Doomlords use the same model as Doomguards.
Also those who had their first appearance before 6.2 like Kazzak and Kruul and then appeared again, got the new modell.

I'm not with you as far as the horns are concerned, I think these here are better suited due to their different shape, as a differentiator to the "normal" Ered'ruin... since in the game they have the normal forward-facing ones.
The Tentacle and a few smaller details of course can be added, but they don't HAVE to be if you want to represent a "Doomlord" these days. To me, anything that makes the "Hero Unit" more distinguishable from the "Base Unit" without changing the look TOO seriously is very welcome. ^^

Maps 1
If you added fel fire to the hammer, and added hero glow, and what not...

Would be pretty great as a Hero Doom Guard...Kinda like Kazzak and some other Doom Guards you had to face.

Reforged HD Models 18 Reforged HD Skins 1
More beefy demons? Don't mind if I check him out
He is so different then the one from the official release that it can be another demon
Last edited: Feb 16, 2022

Reforged HD Models 30
Hey Retera, mind if I make a Doomlord (Hero) based on this model here? ^^

Raddazong said:
mind if I make a Doomlord (Hero) based on this model here?
Click to expand...

Uhh, sure. If you read the description, it's literally a piece of art made by Blizzard and I just restored it from some old beta backup that I had.

Retera said:
Uhh, sure. If you read the description, it's literally a piece of art made by Blizzard and I just restored it from some old beta backup that I had.
Click to expand...

Sry, I overread that!