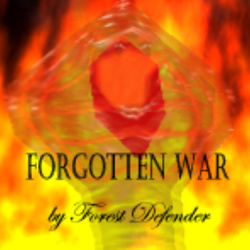 Link to the original singleplayer version- Forgotten War ver 2.008
Converted by me, Matt V. The original SP campaign was made by ForestDefender and uploaded by Tuzec.
This campaign is for 2 players! sorry about the wrong number shown.

EDIT 18th October 2019- This is the newest version released(1.1). Feel free to let me know about any present bugs/issues, but there shouldn't be too many of the issues anymore. However, I haven't fixed ALL of the bugs I've known about, so I might release a newer version in the future.

EDIT 11th April 2020- This is the newest version released(1.2). Feel free to let me know about any present bugs/issues, but there shouldn't be too many of the issues anymore.
Other than the bugs said down there, the campaign should work flawlessly now. But as I said, let me know in case you find anything worth noting.

EDIT 22th April 2020- This is the newest version released(1.3). Feel free to let me know about any present bugs/issues.
PLEASE NOTE: We tried hard to keep the feel of Forgotten War, so it's mostly the same like the original version posted above. We definitely don't want to dishonor ForestDefender or anything.

Known issues, bugs READ FIRST BEFORE POSTING A REVIEW
-Some cinematics might be way too long and not fused
-After a cinematic is finished, in certain levels another pops up once you or your friend select a unit.. I don't know how else should I do that- open for any ideas)- mostly fixed now though
-Ancestral Architect doesn't heal from fountains, but instead heals from being burrowed. I 'might' keep this thing in the game though.
-No save/load mechanic(I am not really thinking about updating it there since you both get various heroes pretty often(except for first 2 levels, but you will be granted items anyway), but I might reconsider in the future.
-As well as no shared upgrades(intentionally, since you get lots of gold anyway) again, might reconsider with further testing
-Some models appear to be way too big on certain maps

Features:
-9 COOP missions and 6 cinematics(including Credits)
-Custom made models and very altered naga race
-Variety of map types, from base-building to RPG-style, as well as variety of the landscape
-Unique mechanic- Sunlight Curse
-Unique heroes in most of the missions(except for the first few levels) with special abilities
-Unique units with special abilities
-Unique gameplay
-Rewards for completing quests in most missions
-Constant update and review checking for newer versions
-Skippable cinematics

Features I am about to add/edit:
-Rebalance difficulty after reading your reviews


Also, it was @FeelsGoodMan and @Daffa the Mage who helped me do this perfectly. I thank them for that!

Version changes- not all of them are listed here though.

Version 1.3 changes:
Basically fixed all the things deepstrasz disliked. Mostly grammar mistakes and cinematics changes(for example putting two messages into one, since some of the cinematics are just way too exhausting.)
The most important fix is that level 3 is no longer bugged.
And a small hotfix released 2 days later- AI updated in level 2,3 and 4, including some bugfixes in level 3.,
And another small hotfix, cinematic fix in level 3, smoothened triggers, fixed some grammar mistakes.
As well as some AI fixes and such. All of these in level 3.
Feel free to add a review/commentary of any sort(if you want to inform me of a certain bug or issue, please make sure it's not listed in Known bugs and issues shown here. Thank you!
Contents
Reviews