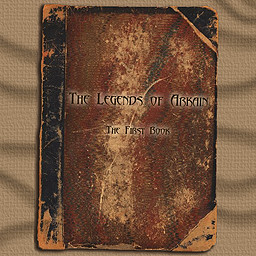 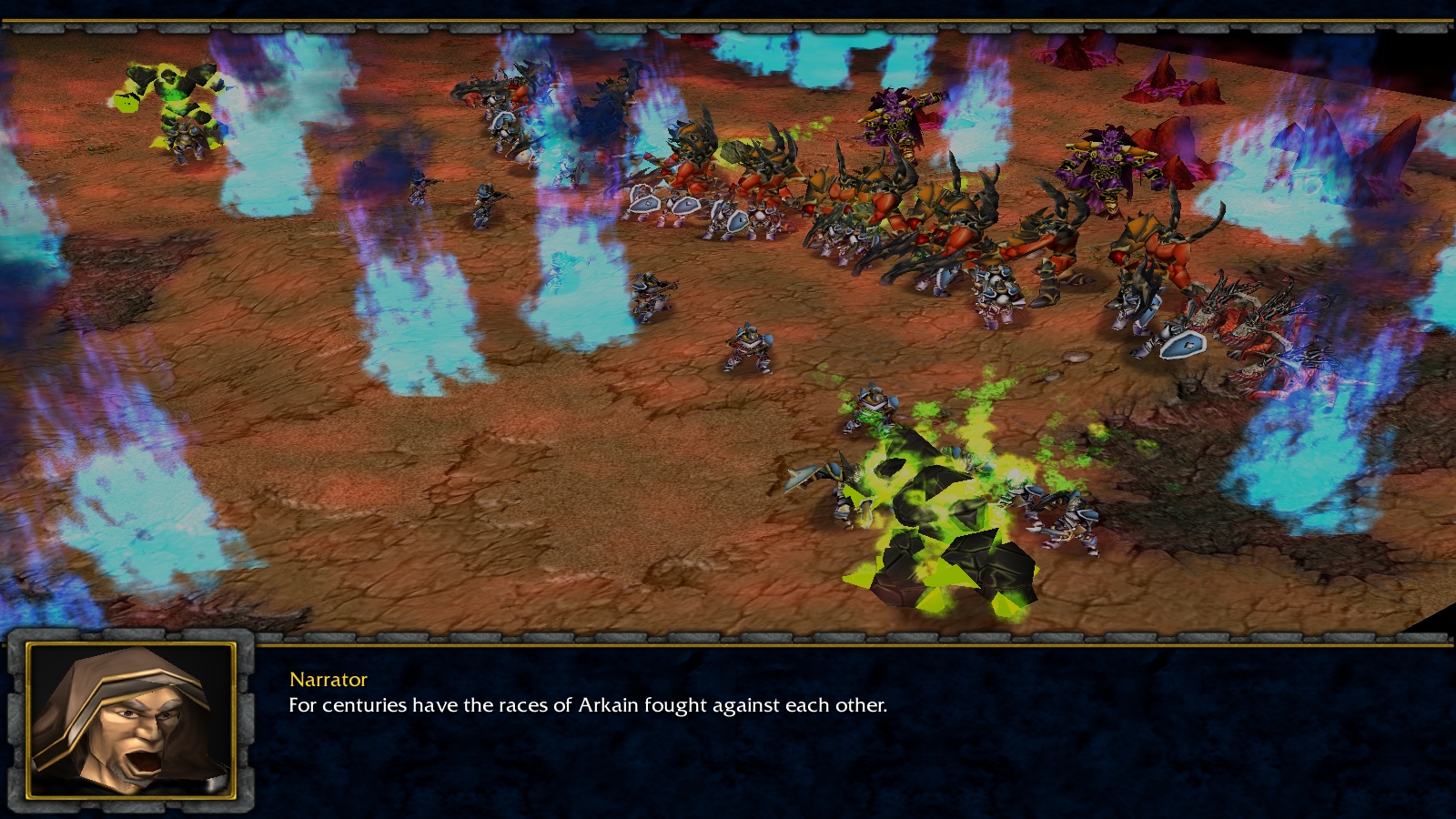 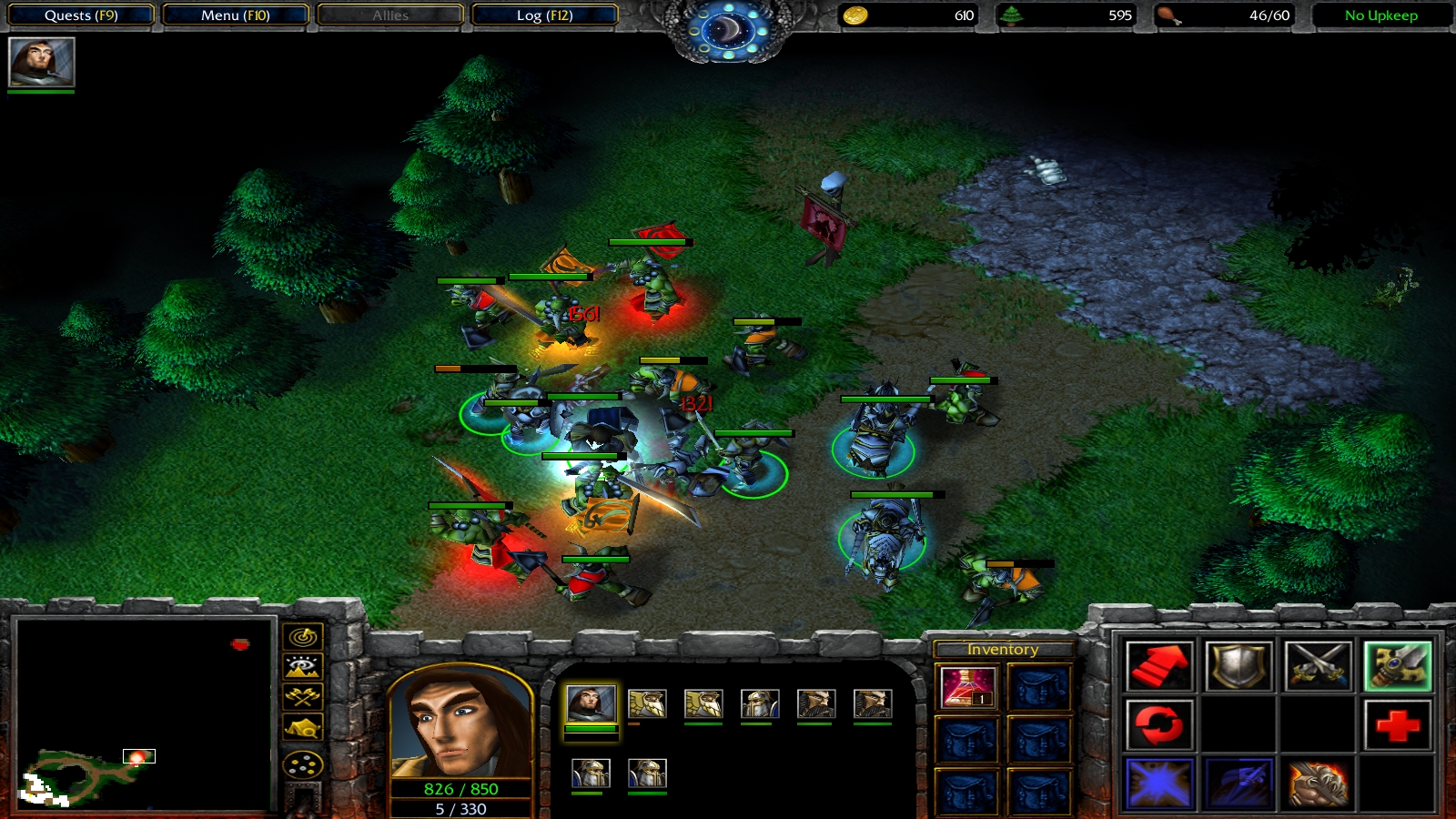 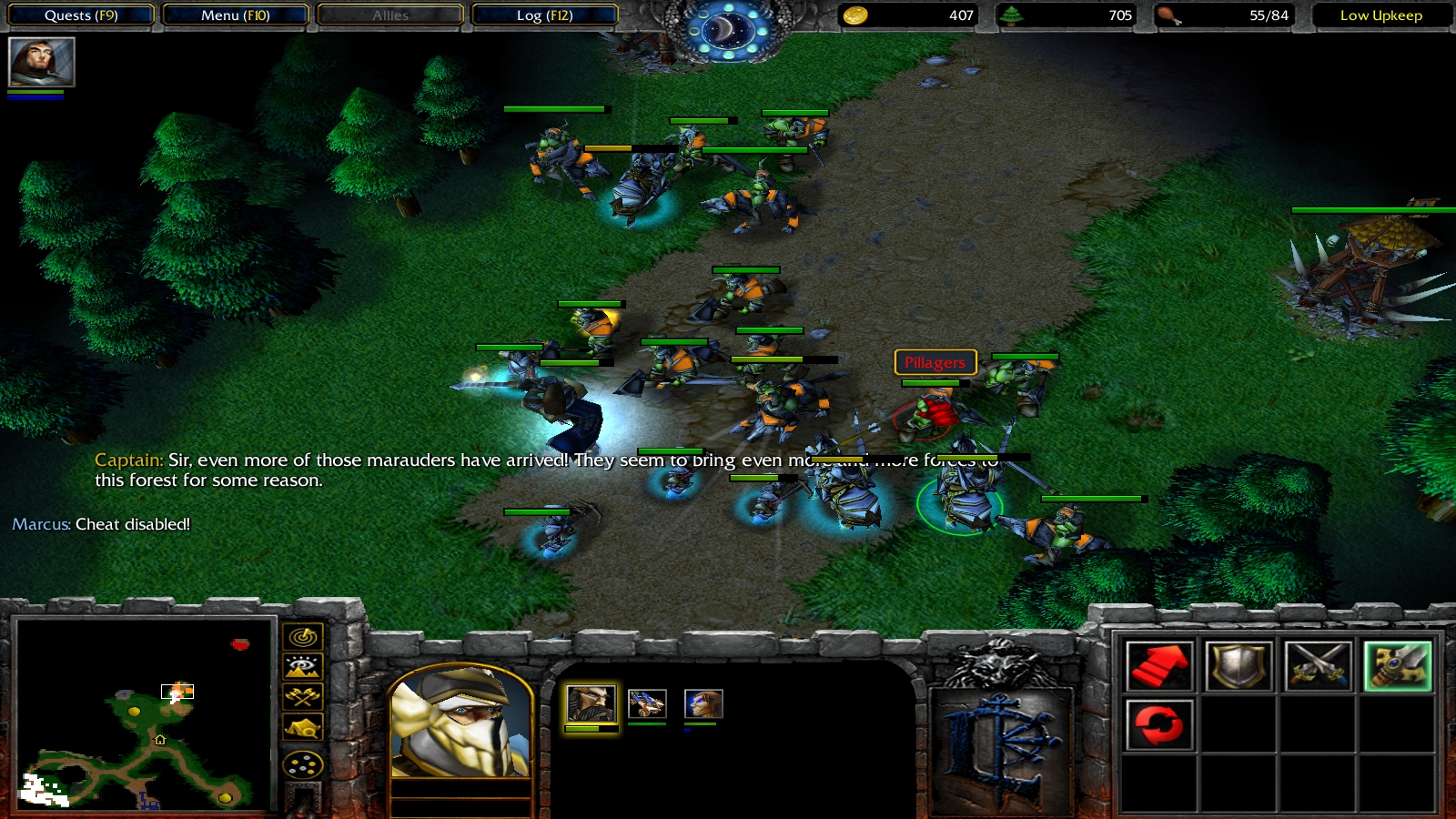 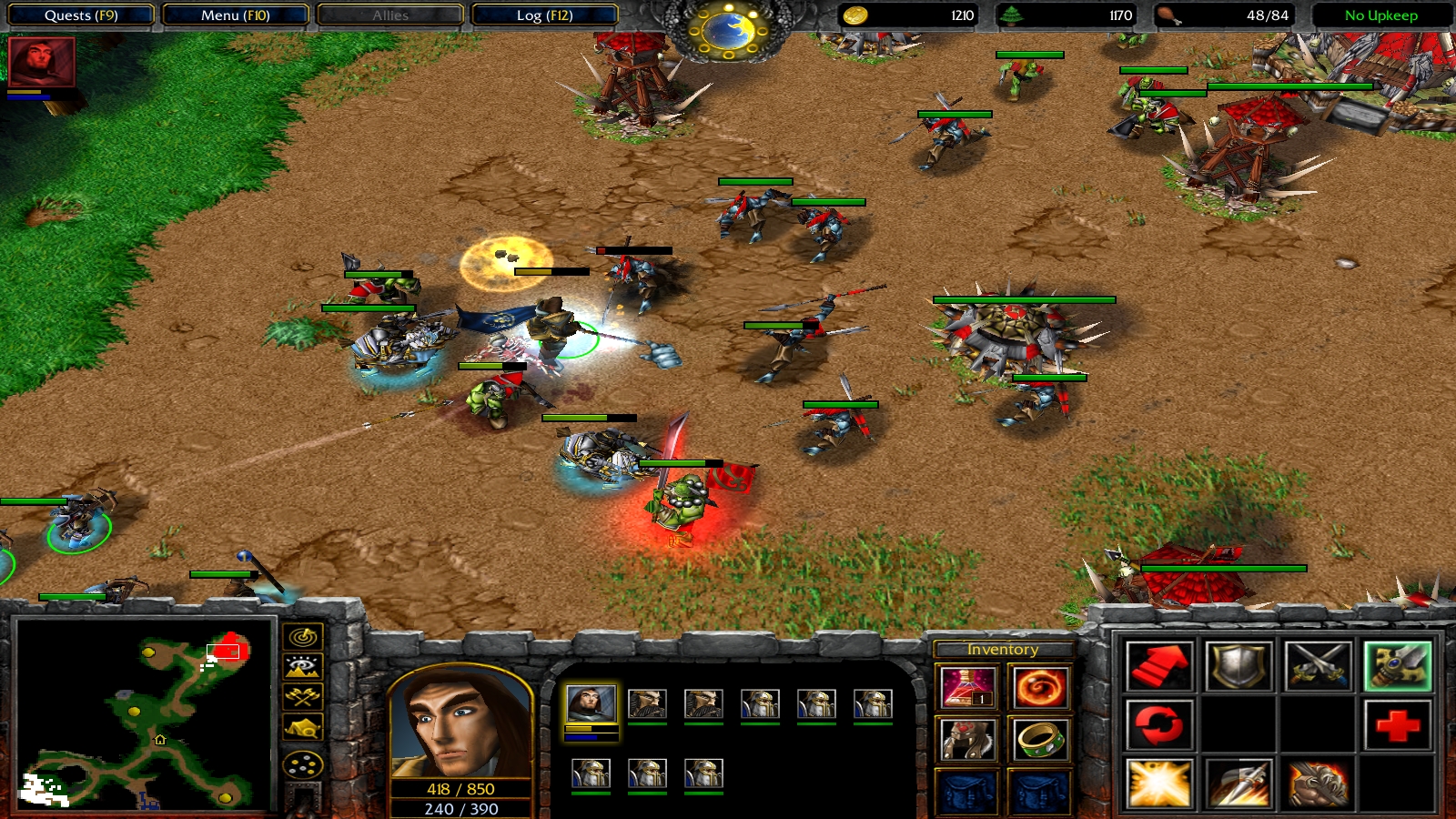 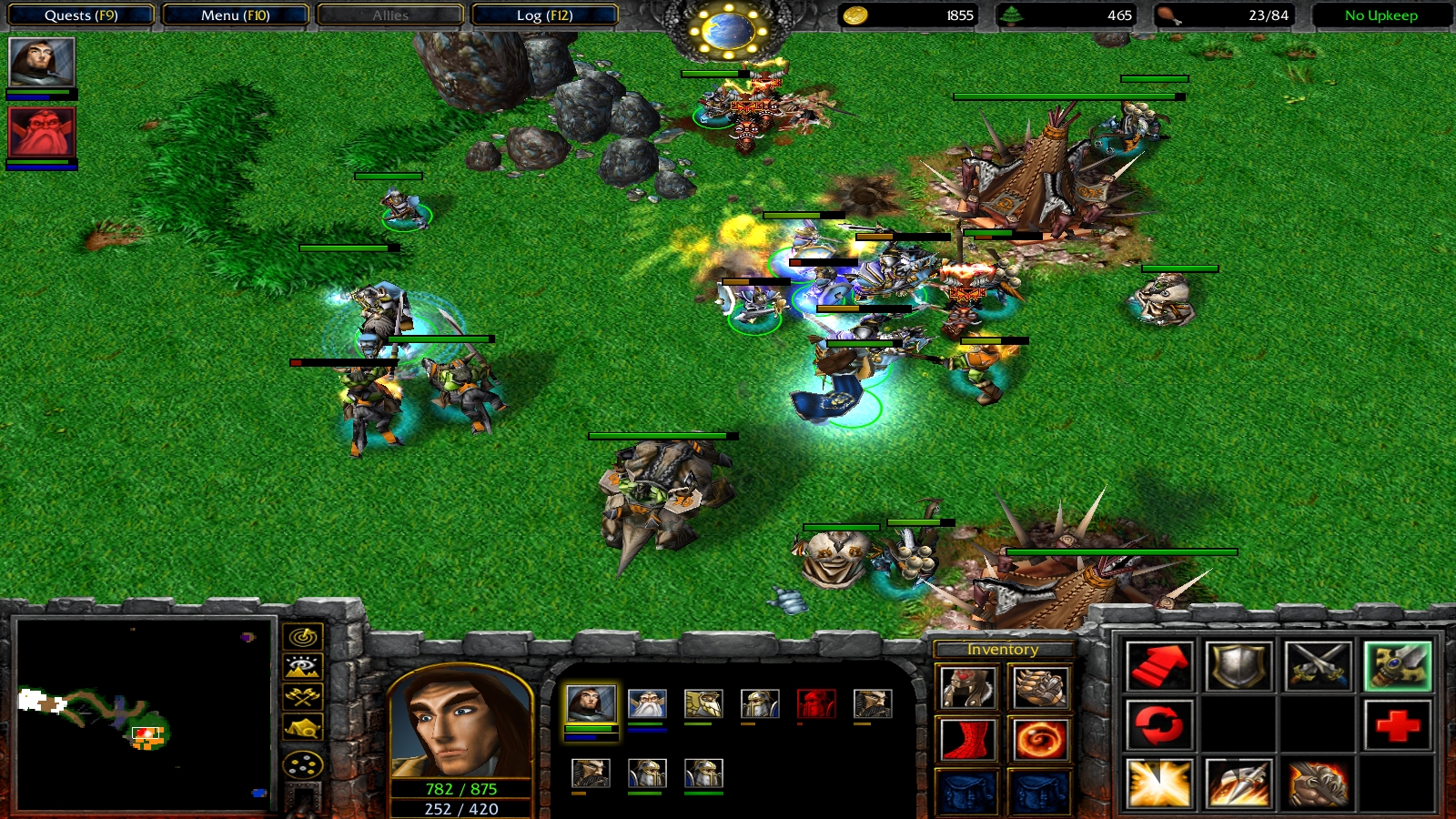 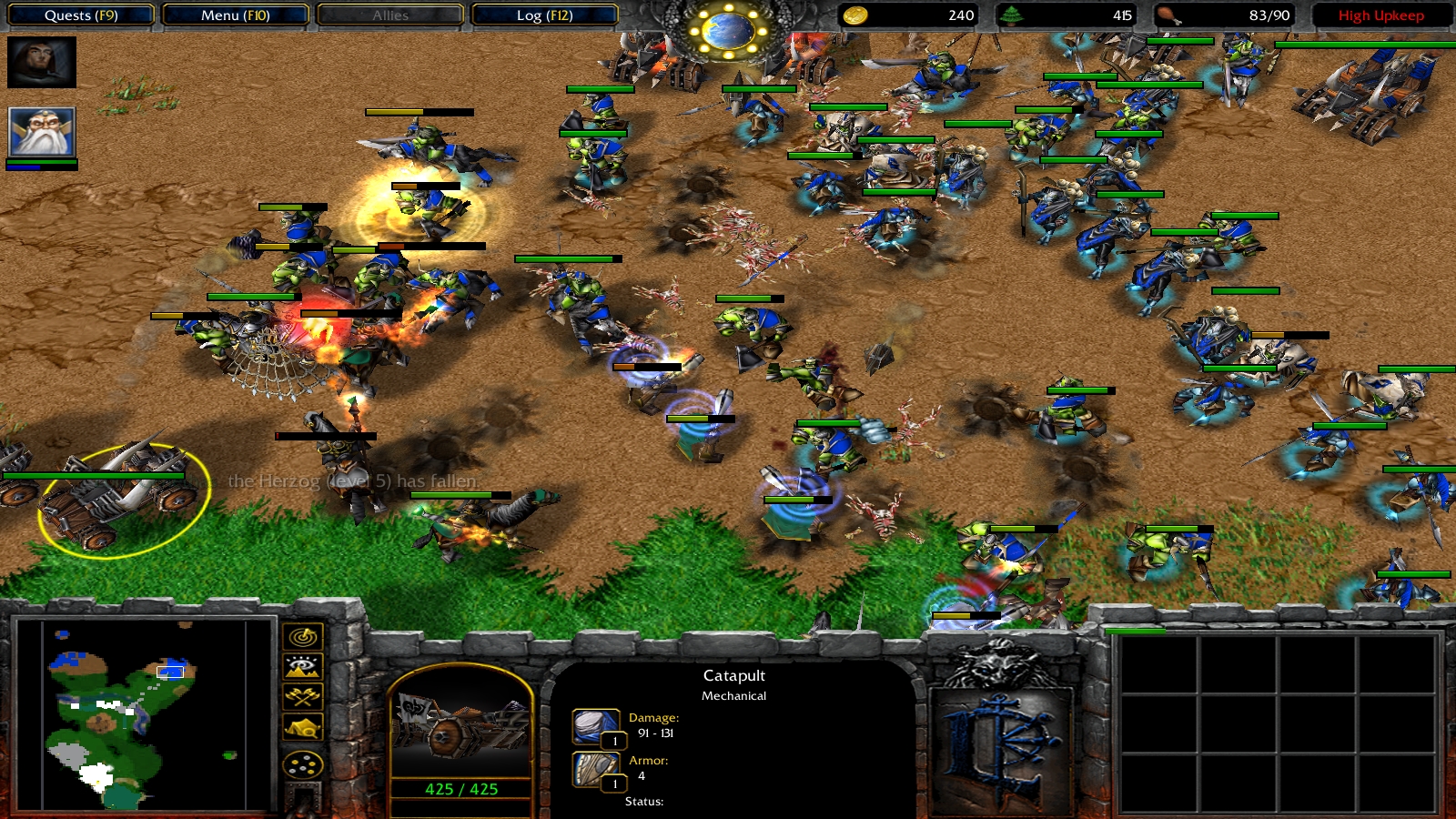 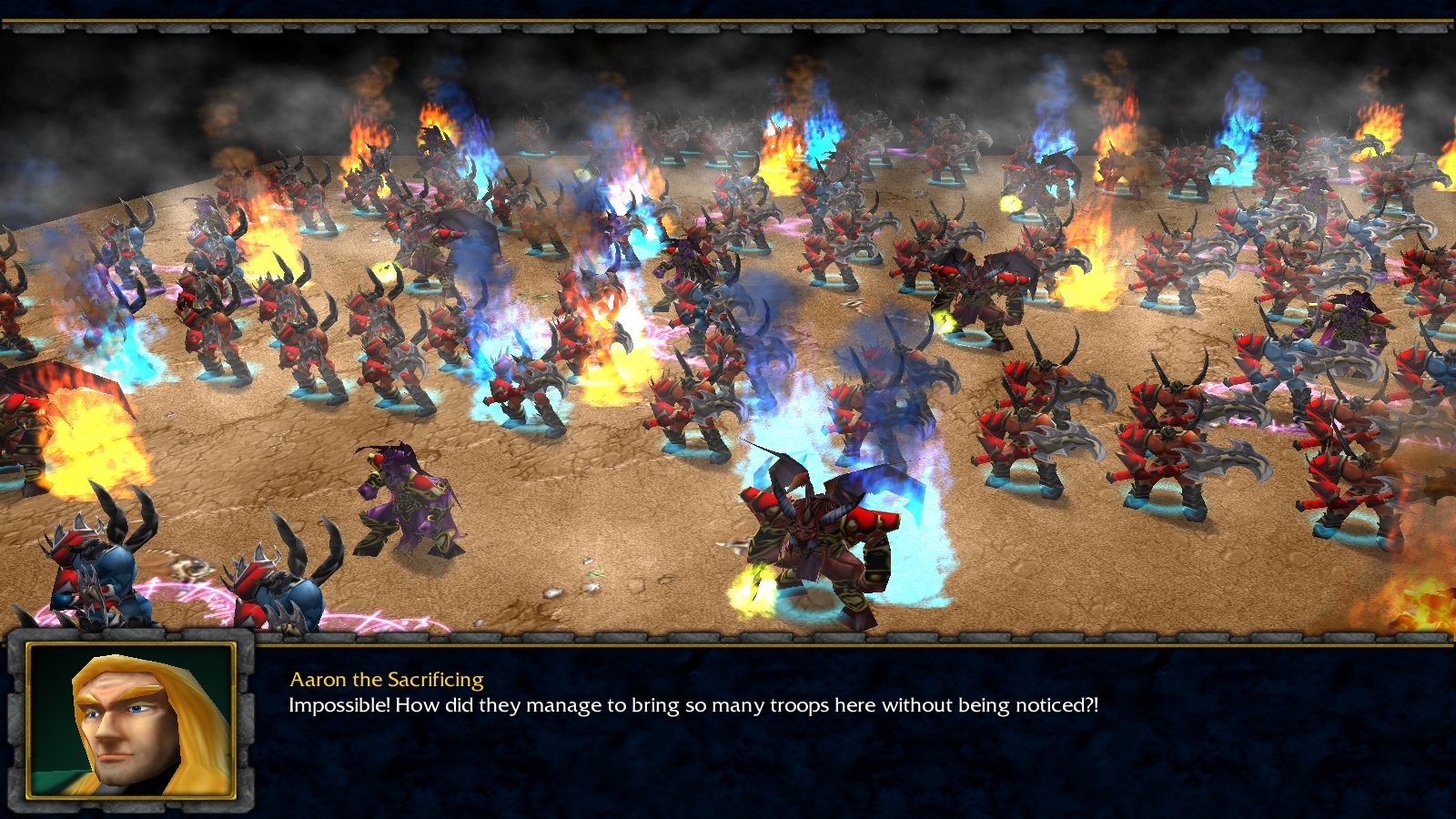 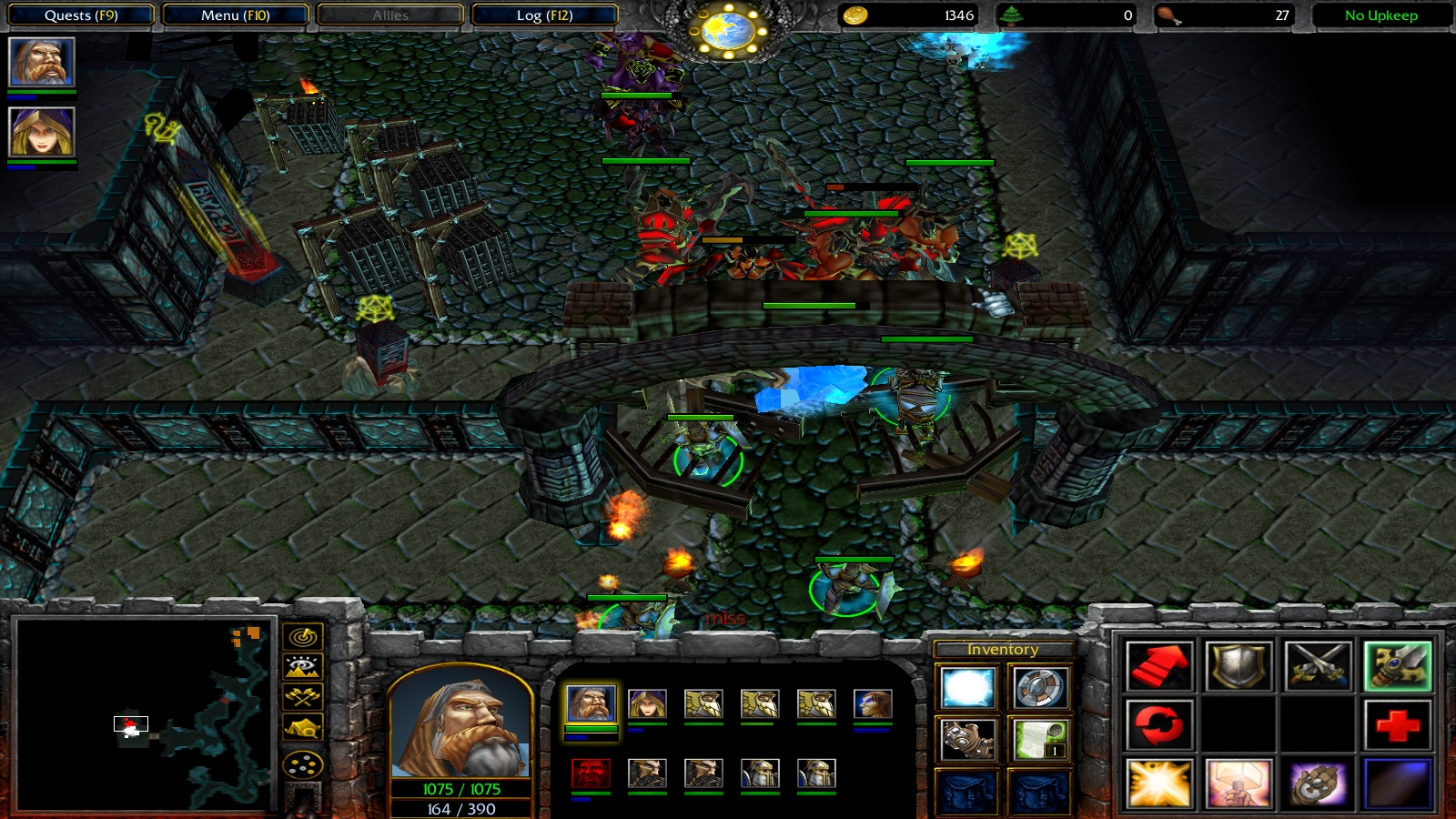 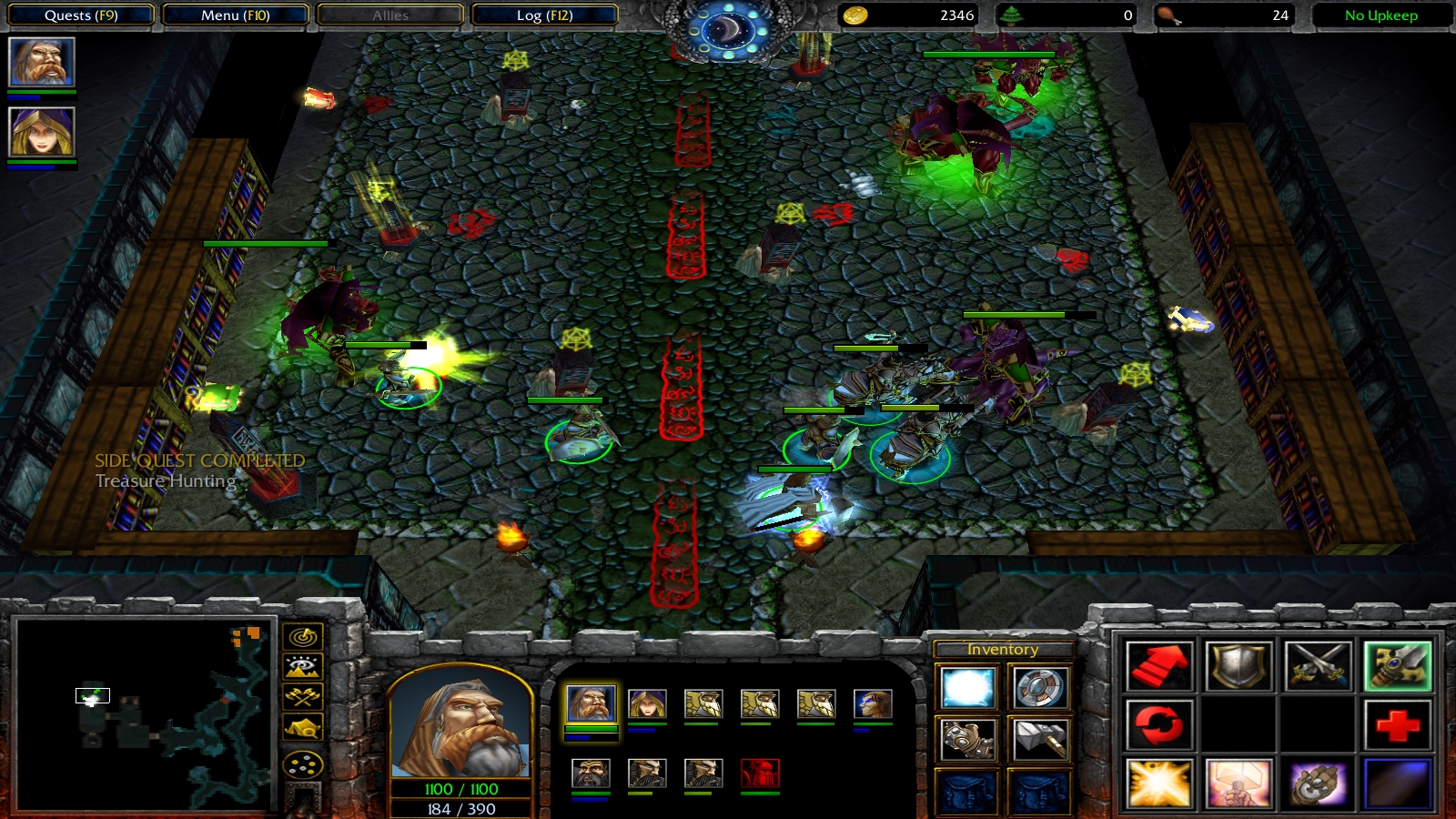 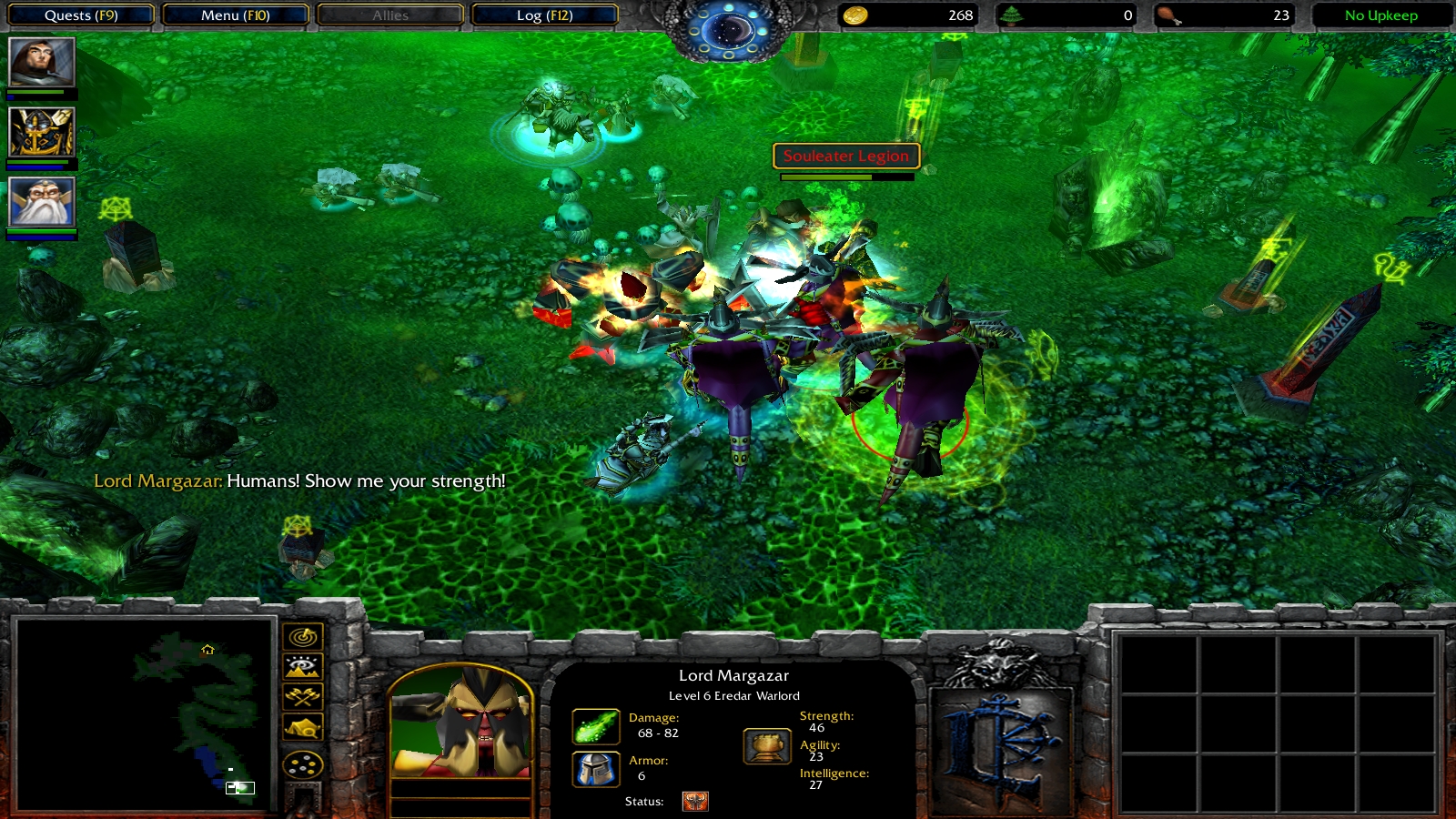 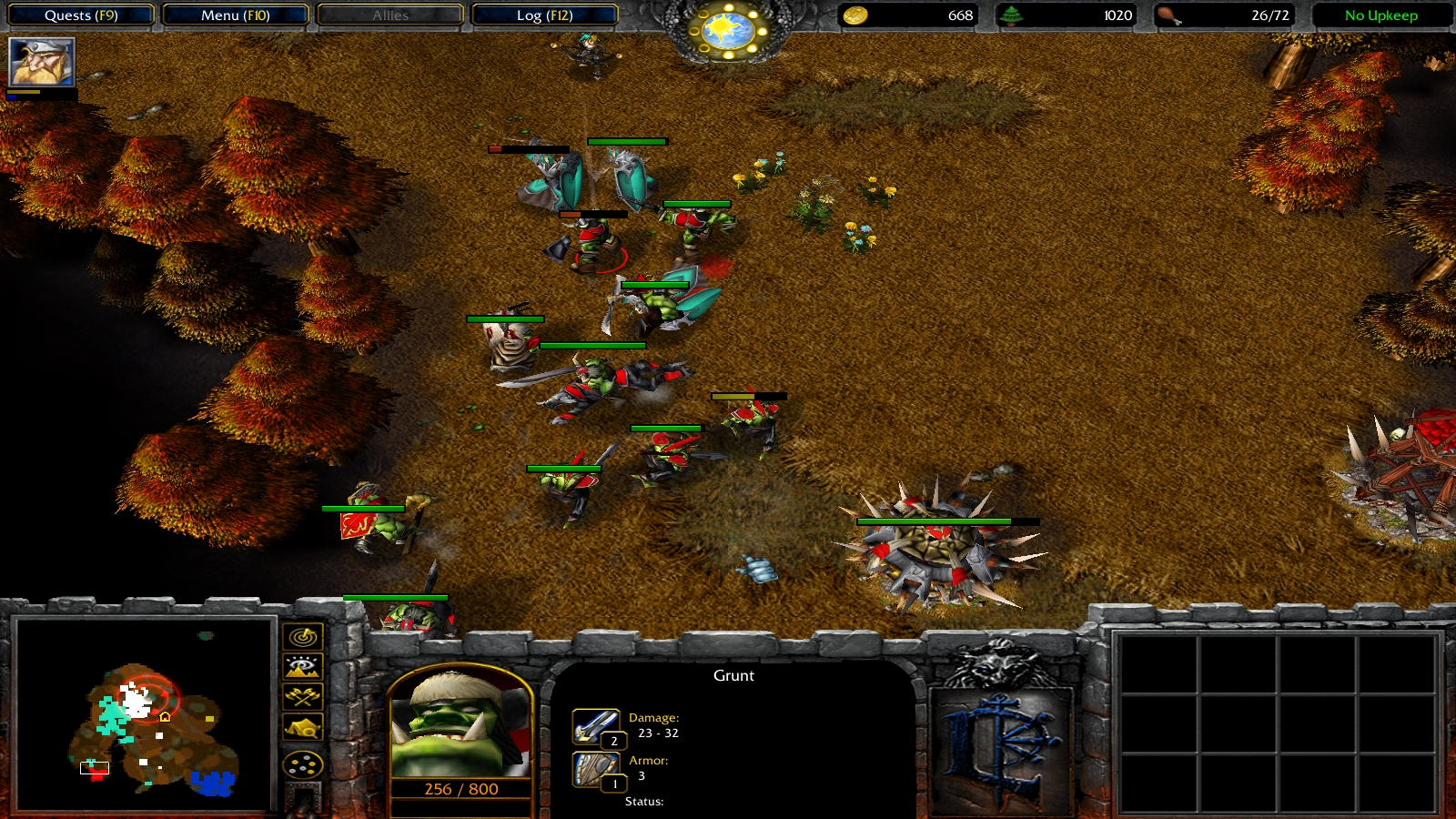 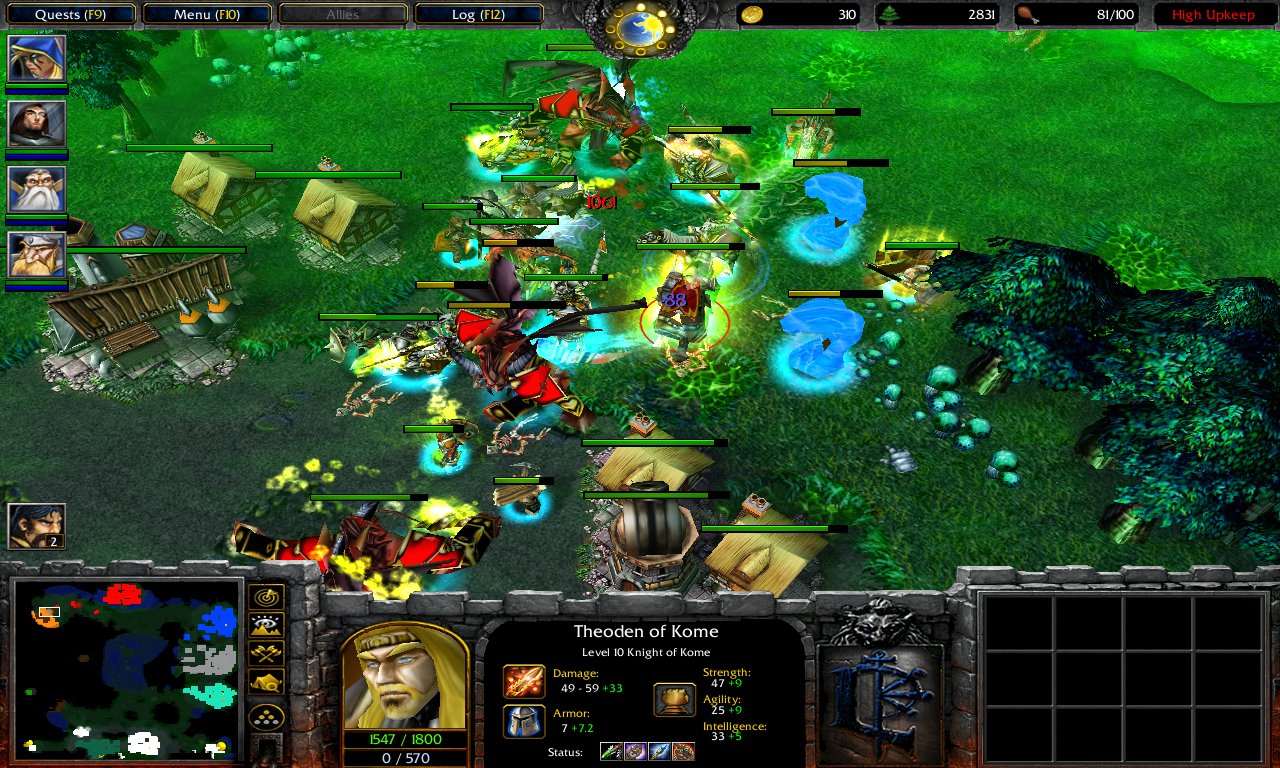 Chapter One:
- Blen no longer sells his items when AI takes over

Chapter Three:
- Destroying the Keep of the Unknown Soldiers solves the quest

Chapter Nine:
- Added reward for destroying Blue
- Reduced the significance of the item gained by killing the golems

Chapter One:
- Demon units now belong to the Souleater Legion
- Overlord replaced with Pitlord
- Added more Demon units
- When purple is defeated, an ally will now join the fight
- Slightly increased the defenses of the enemy bases
- Modified dialogue when encountering the Demons

Chapter Three:
- Improved main base defenses
- Increased the number of Orcs attacking with the first wave

Chapter Four:
- The Demons now send waves against the Ironfist
- The Captains are now still alive after the cutscene in the outpost
- Added Pit Lords

Chapter Eleven:
- Replaced Soul Burn of Progaderas with Mass Soul Burn
- Increased the number of Fire Golems
- Added Spell Immunity to Progaderas the Smoking
- The overall style of the map has been modified, the player no longer trains units, but instead supports the armies of his allies with his heroes, by capturing certain buildings and by upgrading the allied army
Version 2.01
General:
- Decreased range of Dragon Lancers from 800 to 700
- Decreased Warlord damage by 3
- Fixed Mass Soul Burn
- Salana no longer drops her necklace when she dies

Chapter Eight:
- Name fix
Version 2.10
Chapter One:
- Completing the side quest regarding the Black Dragon will now be saved as a choice

Chapter Nine:
- Completing the side quest regarding the Darkmind Clan will now be saved as a choice

Epilogue:
- The new choices will now be referenced
Version 2.20
General:
- The campaign no longer uses the latest melee patch due to several balance changes messing up things, a few unit changes still apply to the campaign however

Prologue:
- Fixed an issue where the prologue would crash in version 1.30.1

Chapter Nine:
- Added a hint about the internal clan conflicts for the case of their heroes dying
- Clan Elites now spawn all over the base and no longer require a building to be spawned when the hero of said base dies

Chapter Eleven:
- Removed the dot of "Drake." because my lad @Drake no longer has that annoying dot.
- Destroyed Castles now drop Runes of Restoration
- Increased the size of the ramp to Genethas' castle
Version 3.00
General:[/u]
- Fixed triggers that would not be working anymore after loading in newer versions of the game

Prologue:
- Changed the color of the Deathbreeze Clan to Emerald

Chapter One:
- Changed player color from Light Blue to Dark Green
- Renamed Blen's faction from Imperial Army to Kasrkin
- Changed the color of the Darkmind Clan to Navy

Chapter Two:
- Changed player color from Light Blue to Dark Green
- Renamed the Orc Wizards to Ravaging Fire Clan
- The prisoners are no longer "scouts" but instead part of a "vanguard", making their number and strength more plausible
- Changed the color of the Darkmind Clan to Navy

Chapter Four:
- Decreased the number of Demons attacking the outpost during the cutscene to decrease lags
- Changed the color of the Imperial Army to Light Blue

Chapter Seven:
- Changed the color of the Deathbreeze Clan to Emerald

Interlude Three:
- Adjusted the colors of several units and heroes

Chapter Eight:
- Changed player color from Light Blue to Dark Green
- Changed the color of the Veterans of the Voidwar to Grey
- Fixed the name of the Rohir Nexus

Epilogue:
- Changed the color of the Elves to Teal
Credits


Please contact me via PM if I forgot to give you credit for your resource!

Special Thanks
To Blizzard Entertainment for this great game.
To Turnro whose great campaigns inspired me to revive this old project.
To Jayborino for his enjoyable let's play projects of the Arkain series!
To all who supported this project.
And very many special thanks to Kasrkin, who supported the creation of this project in many ways!