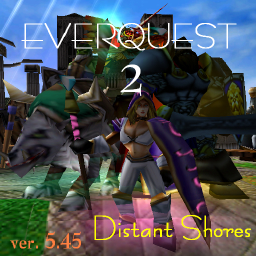 does the necklace must hv 2 orbs 1st then can combine? i found tat 1 orb can't combine with the necklace tat sell in the shop.

can tell me does every creep has % to drop all items?

Maps 6
yes every creep as a %
nxt version, i will modify item levels so that
higher levels will give better items and vice-versa
until then.
yea.. tell me what u like/dislike.
i do not think i can impliment more heroes
since the file size is already massive.. near brink of multiplayer 4MB max.

anyways, if you want abilities implimented in heros
(from DoTa >=]) then tell me what it does, and which hero please.
please PM me about it thank you

Me and my friend, playing in LAN, had a strange problem.

After he picked the Warrior, suddenly every hero I clicked gave the Berserker description. I tried double clicking on heros, but it wouldn't select them, until finally when I double clicked the Berserker, I got him.

Later, when we restarted, I picked the Warlock, and HE had the Berskerer problem. He just chose the berserker and we started playing, but he had a fatal error.

So I saved my hero, let him choose first, then loaded my Warlock after picking the Berserker, but anyway, I just wanted you to know the hero-choose system is acting up. Also, I was slightly disappointed that the punching bad wouldn't work at level 9, as us two were having trouble with timber wolves and rogue wizards. (yeah yeah I know you said to have more players, but still...)

the distior necklace is bugged. cannot combine wif orbs. wtf i found 8 orbs in a game.. and thier are useless. Previous version dont hv this problem ,isnt it?

after the opening scene, it ask me to press esc to choose hero. if keep press esc many times , it will come out many countdown timer -.-"

the orbs and distior is auto combine , isn't it? i put 2 orbs and necklace holder in my hero 's inventory slot ,but nothing to happen.

Maps 6
@poisonsoup
i will look into orb problem
and no it has never happenned before in pevious versions
max number of orbs in a necklace is 2.. so did u try to input more than 2?

intro. will also look into that. i may have messed up and created a countdowntimer for each player =S.

@masterDNA
i will increase the level to... level 15 then. yes timber wlves are extrememly hard.. attack fast, have lots of life... maybe even too much. will fix

fatal error. not enough memory or what?
ill will look into it if its a memory leak problem

about the picking warrior and description messing up. i have no clue why. maybe it was just a coincidental bug? since i cant explain it sorry. but if you happen to come up with an idea, please do tell me.

i collected the full set of righteous set : staff of light , helmet , and armor.

and.... its nothing happen when they are 1st time in my inventory.
then i try drop staff of light ,and take it back again. then effects is showing this time.

i think this is bug?

righteous armor cannot be load if dont hv full set in the inventory.

1.i found tat the distior necklace holder and orbs only combine at warrior when the orb type is lightning orb. btw i saw a berserker combine the necklace with no problem. i wonder why warrior hv this problem.

2.where to get these items?? i didnt see the last part of lupin set: mask, claw and ..?

arcane set: what i hv saw is only beastplate.


3. can make the save code can save the exp too but not only level. make us lv easier


4.there is only red player can hit Esc to selection hero? omg..

5.dark mage knight's curse attack is bugged. even though i dont active the autocast, it also turn enermy to skeleton.
6. can increase item drop rate?

Maps 6
i think hte map is too big or i wigitized it too much.. nxt ver will not be wigitized. (sorry but happy long map loading^^)

about those sets..
they are madd rare.. (cuz they have gd effects)
yes ill increase drop rate.. altho its quite hard to create more items (i ran out of ideas)

wilil remove curse attack change it to something else. or simply fix it ;P

about that not working once. yea cuz it disables when it checks to see if some1 has saved it. dun wry it cannot be fixed live with it =]

if the necklace holder and orbs cant combine, even though those items are in ur inventory. just type -save char then drop the orbs, then pick them up. so u can see the orbs is combine wif necklace now

i suggest change some of the skills of warrior. because they are totally useless..

pls increase the exprience. u did it too extreme. Its very very very
low. and high lv creep didnt respawn in some area, how long we need to up lv? keep remake the game?

Tools 4 Maps 10 Sounds 1 Tutorials 14
lom109: i don't wanna dl new versions untill it can be tested 1-player... is that possible now?.. u know it's fully possible... anyway, for some ideas for items, check out f.ex. dota, or Megalith (great AoS map, here on directors award...) and i don't really know now what new items r in these versions, but remember that there r also some nice "normal" items like orbs n all those things allready in editor... i love orbs coz they let u strategise alot more, not just dmg and so on...

single player mode is available in this version.

One: The press escape to go to hero selection, both times I played it won't zoom to the heroes, it just stays in that harbor area, I can click the map over to the heroes, but it doesn't move automatically. That and the camera doesn't change, I have to Page Up or Page Down (forgot) to fix.

Two: I got the beserker bug too, two players in a lan. The first person to select the hero is fine, the 2nd person trying to select can only select the beserker, you can then type -repick and it's back to normal, but you must select beserker first.

Three: For the (is it Shadow Warrior?.. the guy with Vamp Aura, Thunder clap, and the auto cast ability that adds area of effect damage.. It says he is an Agility hero, yet, even at level 9, his Agility is his lowest stat (That means that his base damage up until level 9 was 4-6, while the sorceror's was 11-16 or so). I was playing with a Sorceror who had almost as much HP as I did, and way more mana. That, and his auto cast area of effect ability only adds 2 damage? 2 damage area of effect? Is that supposed to be 20? I hope so, 2 damage in an area of effect is pretty.. well bad.

Four: I agree with Master DNA, punching bag until level 9 was an improvement. HOWEVER, you should NOT need a punching bag at all, the game SHOULD be done that heroes can immediately wander out and kill creeps no matter what level they are. That's what the difficulty rating is I presume? Anyway, at level 9 with a sorceror and Shadow Warrior (I think that's theh hero's name..) we were able to kill maybe 4 spiders on average before one of us died. If it weren't for the sorceror's stun, that would have been 2 spiders. That's 20 experience per spider (2 people in group), and we needed 3000 to reach level 10. It took us the better part of 1.5 hours to get the sorceror to level 10. I, as Shadow Warrior, got too bored and quit 3/4 through level 9. Yes, that number is right, if anything it may have been longer then 1.5 hours. AND during this course, I think we both died AT LEAST 20 times each.

Five: There is a spider in front of the advanced shop. We managed to kill him, however, wherever he dies, is also where he spawns. He followed us into base, died there, then spawned right where he died. P.S. THIS is how the sorceror got to level 10, he would continually stun this spider since his mana would regenerate at the fountain.

9 levels and 3 hours into this game, I give this game a 5/5 for innovation, a 1/5 for gameplay, a 4/5 for custom heroes (we liked them alot), a 3/5 for smoothness (bugs, problems), and an overall of 2/5. The simple fact that this game is geared to players who can either be rushed, given multitudes of gold, or who can host battle.net games, it seems unfair to punish those who cannot do either of the 3.

1. seventior set 's regen aura heal boss too. it makes we impossible to kill it when some1 wearing the seventior set is near the boss.

2.vitality staff tool tip said it has a skill for healing but actually it doesnt has the skill.

1.potion too expansive .pls lower the price
2.pls make the potion can carry many in 1 slot. so it can be very useful.
3.add more quests and gv rewards.
4.increase the dmg of instant cast skill of every hero. ther are too low dmg.
4. change the death coil of mage knight and replace with other instant cast skill. Because not friend units are undead.

Maps 6
@AliaZ i will add orbs. =] thx for reply (yes it is singleplayer compatible)

@frog15 thx for rating...
i have fixed the loading page
i have fixed picking hero page.
will lower experience needed to level
have removed the skeleton spawn effect
will increase SW abilitys so that it makes up for normal low damage.
will create random spawning of enemy creeps instead of spawning in same place.
isnt.. 5/5+4/5+1/5+3/5=
13/20 which is 3.25/5 overall

@poisonsoup
1)will fix regen aura
2)will lower cost of pots
will make them combine to contain more charges
BUT THEY CANNOT BE SAVED. i am talking about the healing salves and the clarity salve.
PoTs will most likely not be able to be compiled into one.
3)i need help making quests. im not good at that.
4)will increase damage of instant cast.
but noobs will not be able to use til higher levels.
(not enuf mana)
5) ill change it to human health pally ability... with the undead animations so u can heal others.

3)i need help making quests. im not good at that.
Click to expand...

Well I can help, if you want?

Maps 6
i want any ideas you have. =]
(i mean ANY
like... city underattack <defend> is a horrible quest.
i need something solid that you can go about for hours.)

btw, i used wigitizer+this other one+and finally locked the map with the vextorian optimizer... so... yea.. cant complain about the slowness of the loading screen =S

locked the map with the vextorian optimizer
Click to expand...

Does that mean you only used a small part of Vexorian's program? Or did you check all the options..?
And it's Vexorian not vextorian

As for quest ideas and stuff, PM me so we can discuss them.

And at the time I wrote this comment, your map had 666 downloads :shock: :twisted:

Ratings don't need to be an average

i was in a hurry.. didnt mean to spell Vexorian wrong.
anywyas.. i used the whole thing.. except i didnt touch the .bj or those extensions since i dunt know what they do or anything.
lol 666.. errr =S
anyways.. its pass 666 >=] around 683 now hehe

im actually surprised people are still downloading it right now.. cuz.. its been out for over 2/3 weeksish.

Maps 2
is there a side or forum where i can see the newest version from everquest?

MfG Werhampfter
You must log in or register to reply here.