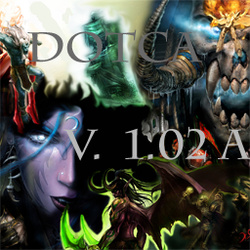 DotCa V. 1.02a
Defense of the Corrupted ancients