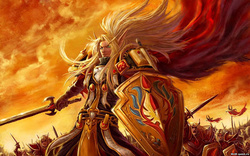 Paillan
Critical error encountered. I finished the first map and got beyond the first cinematic intermission, then I exited the second mission without saving because I had to go do something else and the mission hadn't even started, so it shouldn't be an...
Read full review...
Reputation Statistics
Show Ignored Content