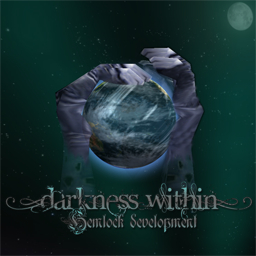 This bundle is marked as approved. It works and satisfies the submission rules.
View usage Statistics Legacy download
Reactions: deepstrasz, Allain55X, JollyD and 5 others
The Darkness Within is a thrilling Cinematic in which one tells another the story of the dark and sinister event that took place in city of Dorhalh.

This Cinematic was Made for the Hiveworkshop's Contest, and made it to the 1st place, winning the contest.

This map has not been locked, feel free to browse through it, however do not copy this, and please give credits where needed.

Brought to you by Hemlock Development

bounty hunter2:
First of all the map is well packed, loading screen and preview image is custom, however the nodescription below the preview could be changed to nothing or atleast some text.

Starts of well, nice camera movement, and the voice acting was really good. However the map edge was visible when the four sorceresses were shown.

I wasn't really impressed by the terrain in general, but the biggest terrain disappointment was the city. I expected something more epic, but it was rather average. The variation of the textures was bad, especially in the city. I also disliked the too much symmetry in the city, although cities should be like that, this one seemed a bit too boring.

I noticed a couple of typos, such as capital letter where they weren't needed, missing punctuations, you should always use three dots ..., you spammed them a couple of times in this manner: "Insert text here......more text here."

The effects were nice, not something over the top thou, well balanced. As I mentioned before the camera movement was quite good through the entire cinematic.

The story, was well, nothing much. That's a problem, and when there isn't a good story, it is usually to be compensated with epic effects and such, however the effects here were "just" nice.

In overall, the rating is 6/10, the cinematic is well developed, but it is just missing something, to distinct it.


Rui:
In "Darkness Within", by Hemlock, we are told the story of a people who are, at first, prosper. When a shadow begins taking form, however, the kingdom becomes menaced by something not even the strongest are able to oppose against. Until one without fear challenges this threat.
What I found interesting on this competition was that one cinematic complemented the others' weaknesses. While "The Clown of As'Latur" has story as its strong point, "Darkness Within" has less story and more action.
While the action and special effects are the favourite part of a movie for most people, I find that they do not compensate for the lack of good lore. Hemlock's cinematic has a good ambient, camera usage and (within Warcraft III's limits, as always) action. However, not only was the story simplistic but the terrain was also lacking. The city somehow doesn't convince me. Careful with the dialogs and sounds next time, too.

Zenonoth said:
this is surely gonna win.
Click to expand...

It DID, try to understand what you're reading next time.

Tools 1 Maps 13 Spells 1 StarCraft II Resources 1
You've finally uploaded this
Obviously 5/5 from me. I've already commented on it in the contest thread.

I could make a better description for it if you want.

Great job, perhaps you should make a map with a video like this in the introduction im sure it would be hosted many times

Maps 1 Spells 2
T_T . I wanted more There is a few spelling mistake and in one line, narrator says a different word than what was shown, I think it was "created" instead of "formed" or something ~ I don't know.

Maps 2 Tutorials 1
Can you put those screenshot links between

for all of us to see.

Great cinematic with an epic fight scene! I would like to know what happened next though.

Despite a few spelling mistakes, the map is really enjoyable, although somewhat short. It felt as if it ended exactly the moment when it should begin. The creature/spirit/whatever-it-is seems to lack a purpose, other than killing people for teh lulz. Overall, I get the feeling that the cinematic is incomplete, maybe we should wait for a second episode?

Edit found it on Youtube and WOW that last fight was amazing!!!!
Keep up the good work and make another 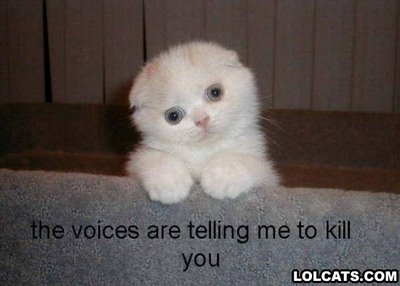 Maps 6
Thank you guys and girls for all the lovely comments, it sure took me a decent amount of time to make this piece of entertainement.

I am sad to inform that there will be no sequals to this, for I switched to mapping with the SCII editor.

Icons 15
Such a kickass map for sure ! But after the dark think defeats the swordsmen, it ends brutally, don't know why, you should make something for this.

Icons 2
This cinematic is very short but so Interesting! WE WANT MORE!!! +REP TO YOU!

Maps 1
Any connection between that cinematic and the "Darkness Within" song by Machine Head?
Gonna watch it.

Maps 1
Cool story and cinema, don't think it had an ending though, 4/5.

Maps 4
Interesting ideas with the dreams. Too bad it ends abruptly.

2/5.
You must log in or register to reply here.