This bundle is marked as approved. It works and satisfies the submission rules.
View usage Statistics Legacy download
Reactions: Achille, Azotamentes, loktar and 3 others
One of my lowkey favorite units in Warcraft: Orcs & Humans was Necrolyte, mainly due to his Unholy Armor spell and dark robes he wore, with Raise Dead and Dark Vision being rather meh abilities, so I decided to cook up an icon to commemorate the days of me being a wee lad playing the orc campaign and fighting the controls. Have fun!

P.S. Credit to @Null for the original idea and Blizzard for the game that gave me some time to adapt to the road system. Also, added alternate version with a red trim, thanks for the idea, @loktar!
Previews 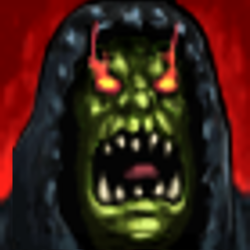 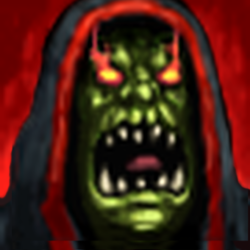 Icons 135 Maps 5 Ported Icons 7
This is much better than hat I've done lol! Thanks!

Null said:
This is much better than hat I've done lol! Thanks!
Click to expand...

PeeKay said:
Can you add midtones on this icon too?
Click to expand...

loktar said:
Awesome icon! Wondering if you could maybe add a version with red trimming on the hood?
Click to expand...

Interesting idea, actually. Might add that as alternate variant later.