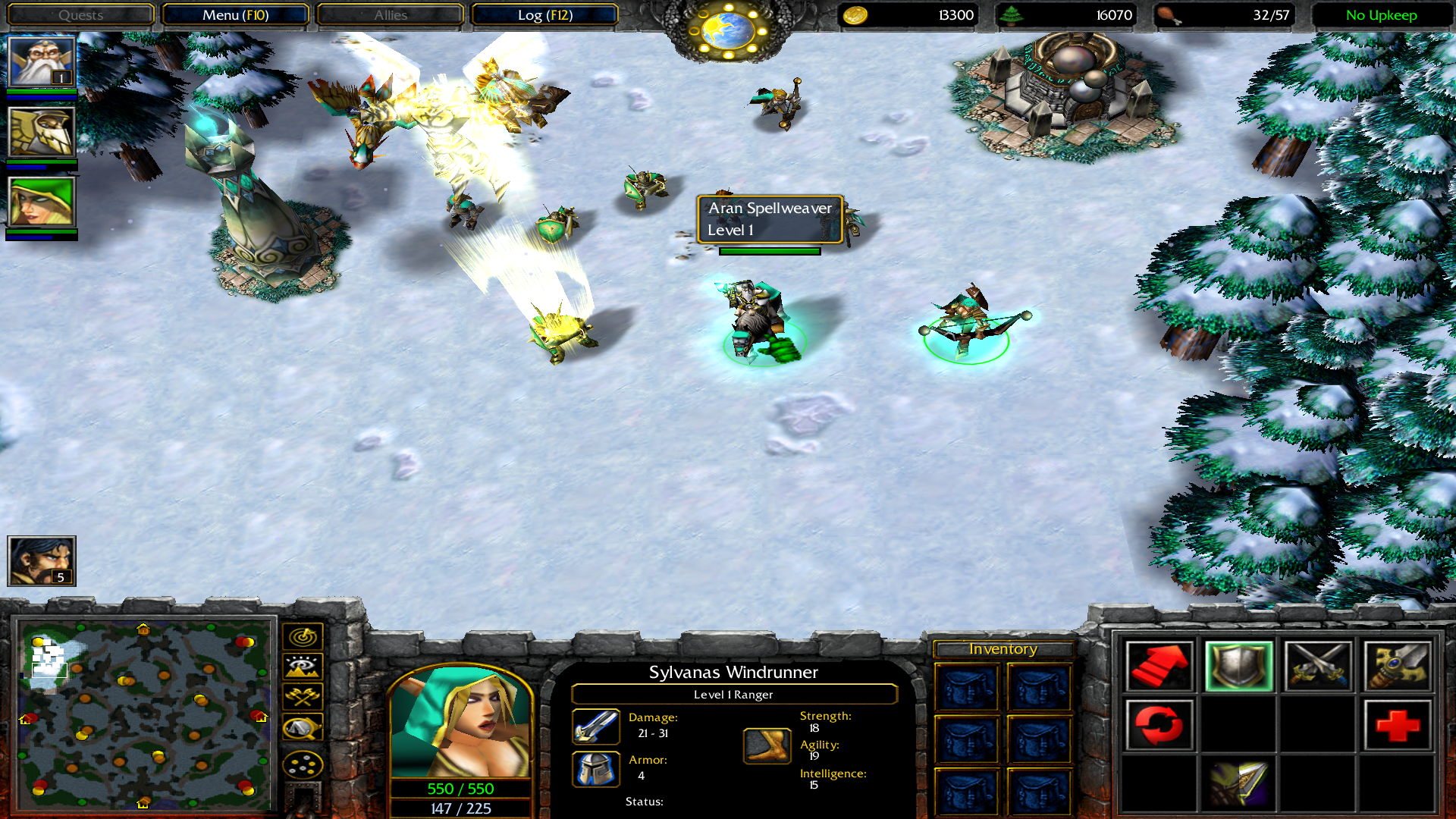 This bundle is marked as useful / simple. Simplicity is bliss, low effort and/or may contain minor bugs.
View usage Statistics Legacy download
Reactions: INDIVID
EDIT: 2 more updates for final release. I will be changing the map slightly, adding some neutrals around the map, changing terrain a bit, adding/removing trees in certain areas and maybe adding something special. And I will obviously fix the Hero issue and most likely change the Furbolg race, add some more units, more buildings and custom abilities for units and Heroes.


One of my first Altered Melee maps for Warcraft 3.

NOTE: work in progress (due to not being able to use my main computer in the near future, I upload this so I can update it from my second computer and finish it completely).

Alexen
Now then, I have played your altered melee. I was expecting some serious work done, at least on one of the 4 races. You only edited the default ones, changed a few and added few new units or features. There's an elven swordsman as a hero with no...
Read full review...

Icons 28 Maps 2 Spells 1 Templates 1 Sounds 2
If this is WIP and not a finished project, I suggest you post a development thread in the map development section not here

Maps 11
Okey, map is ready for review @Alexen .
And yes, before anyone asks:
Races in this specific map are supposed to not have many units and to feel incomplete, especially races and enemies seen in the campaigns like the High Elves or the Blackrock Raiders from the Blackrock Clan (orange orc in 6th undead mission).

Icons 28 Maps 2 Spells 1 Templates 1 Sounds 2
Now then, I have played your altered melee. I was expecting some serious work done, at least on one of the 4 races. You only edited the default ones, changed a few and added few new units or features. There's an elven swordsman as a hero with no tooltip, while there's possible to train normal elven swordsman as units from the barracks. The ranger hero is the same from the campaign. The archmage btw is a human not an elven spellcaster. The orcs are the same from the normal melee but the downside is that you literally just removed tons of their techtree's features. Replacing the Demolisher with the old Catapult and still naming it Demolisher makes no sense. 2 of the heroes were removed. The same thing goes for the Undead, some units and 1 hero removed, the rest is exactly the same. The Night elves were replaced with the Furbolg Race. You started something here but ended up the same way. I was able to summon all 3 Furbolg Heroes without upgrading the main hall or anything. There are 4 buildings for this race, no upgrades, researches or anything for them. They have many disadvantages compared to the other races. The spells and buttons are randomly placed no matter on what I click, hero, building and so on. Tooltips missing on certain hero spells as well....sorry but this isnt an altered melee. I cannot approve it. It isnt even alpha stage. Modifying and removing few things in a melee map doesnt make it altered. Please check out some altered melee games around here on Hive and try to learn from those projects.

Set to simple/useful...
You must log in or register to reply here.

Curse of the Blood Elves (Brutal)