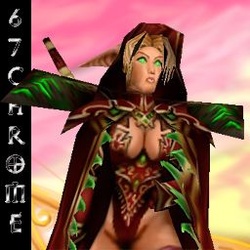 This is a modified version of the non-hero night elf warden skin. When editing it, I noticed that it had a hair piece hidden in it's cloak, as well as pitch-black ears. I'm guessing the original skin was never finished and it only makes one appearance in Warcraft's campaign. The ears were a royal pain to get aligned properly, as only empty space marked their location. This skin gives texture to the ears and hair, as well as slightly shortens the warden's cape so it no longer appears as though it is dragging on the ground. The patterning on the shoulders is roughly the same pattern on the bandit's shoulders, so this unit could fit in relatively well with bandits.

Edit - decided to update my first skin. Changed Pretty much everything about it from my first version to make it look more blood-elven, mostly because I'd have to use triggers to alpha out the ears. Fixed the green in the ears, updated the face, added alpha to the cloak, made the hair blond, made the eyes larger and greener, made the armor red with gold trim, etc. 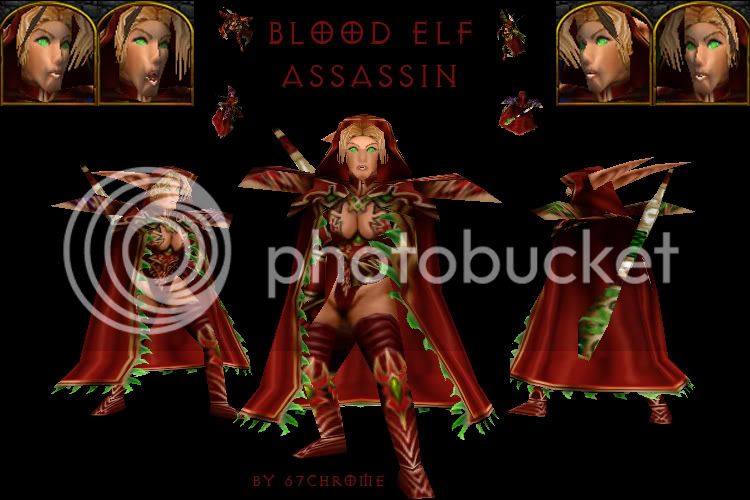 If you use this skin give credits to me, 67chrome

Moderator
22:10, 4th Mar 2009 THE_END: If you expect me to think this is even CLOSE to a bloodelf, you are sadly mistaken. Either do more work than the minor alterations you done, or I will just show you how to make a Blood Elf Assassin 01:12, 10th Aug 2009...
Read full review...
Reputation Statistics
Page 3 of 4
Show Ignored Content
Page 3 of 4