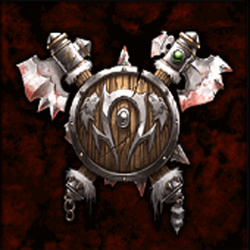 deepstrasz
I don't think you understand what chaos attack type means to balance. Gul'dan has it and he is a hero, Warlocks too, not to mention the Red Dragons... If one faction has chaos attack, all races should for balance's sake. There are enemies everywhere....
Read full review...

deepstrasz
The changelog is too vague. I've no idea what exactly bug and balance fixes mean. I am not willing to retest your every 1-24hs just to find out. Awaiting Update.
Read full review...

deepstrasz
There's no need to have neutral units which players could also potentially train... not to mention you can use spells on them like the one Gul'dan has to regenerate. 80k mines and more are still a problem. What's your logic on this? Anyways, sorry...
Read full review...