We've been working on a playable altered melee expansion. This expansion is set inbetween Frozen Throne and WoW Vanilla. It adds 8 playable races to choose from. The original 4 races are generally the same except for a 5th hero option for each. The Humans however have had all blood elf units replaced with either human or gnome units. Also the Demon Hunter is a tavern hero now and the Dreadlord is a hero for the new demon race.

The Tavern now has 12 heroes from which to choose. You are limited to one hero of any type but otherwise can have as many heroes to which you can gain access. I hope you enjoy it.

Known Issues: (Please help if you can)

1. We have tried and failed to implement custom UI's for the new races. We have the frames, cursors, and in some cases custom sounds but lack the knowledge to implement them in a way that uses the race selection as a trigger.

2. The "Mana Tank" unit of the Blood Elves leaves "strings" on the map and sometimes causes decaying corpses to be "dragged" along by other units. We are not model makers and don't know how to fix this. The model is linked here Bloodelf Vanguard Tank | HIVE (hiveworkshop.com)

EDIT: There seems to be an interest in pics from the project so I'll be uploading over time. First pic is of the Blood Elves 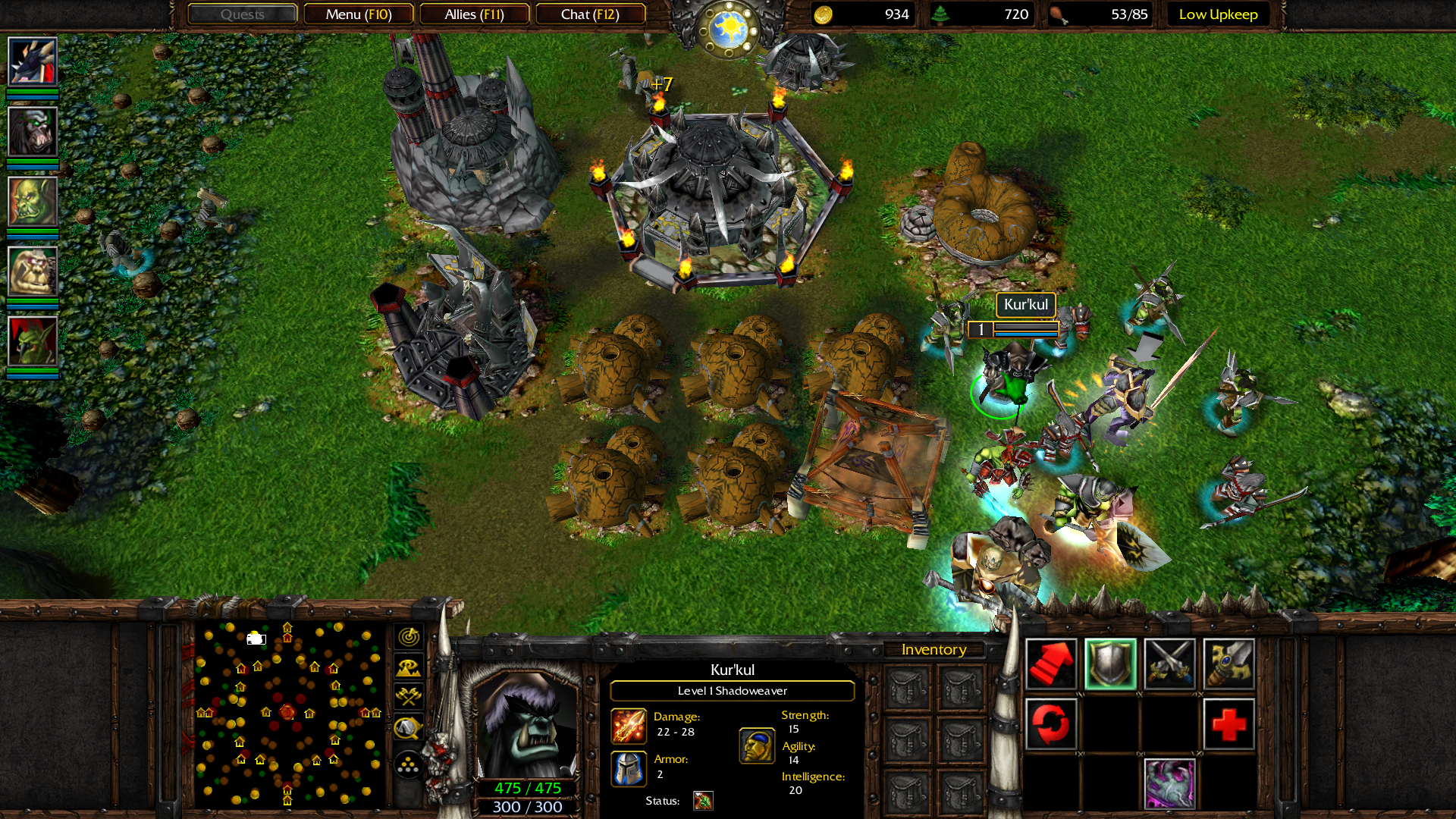 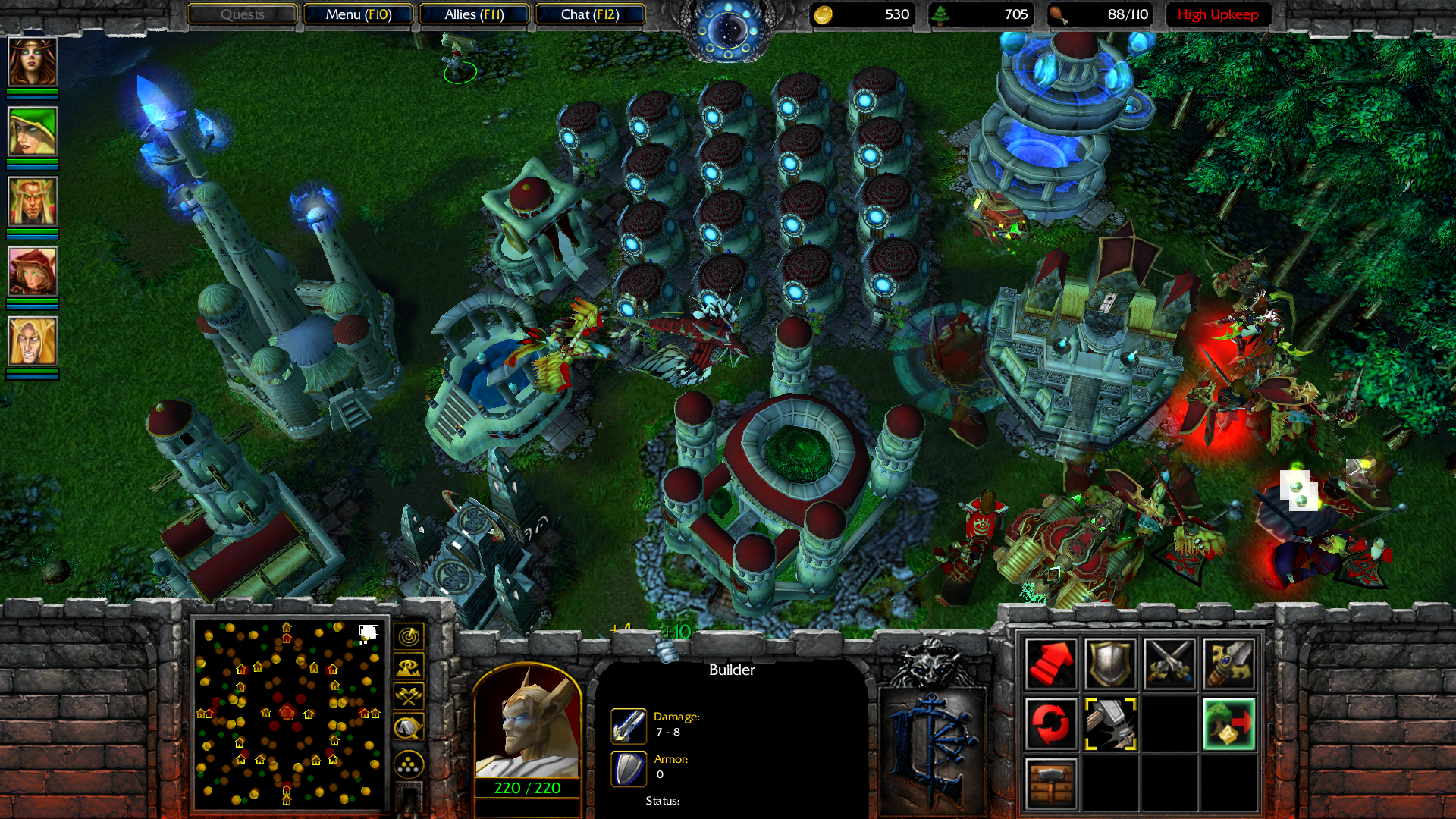 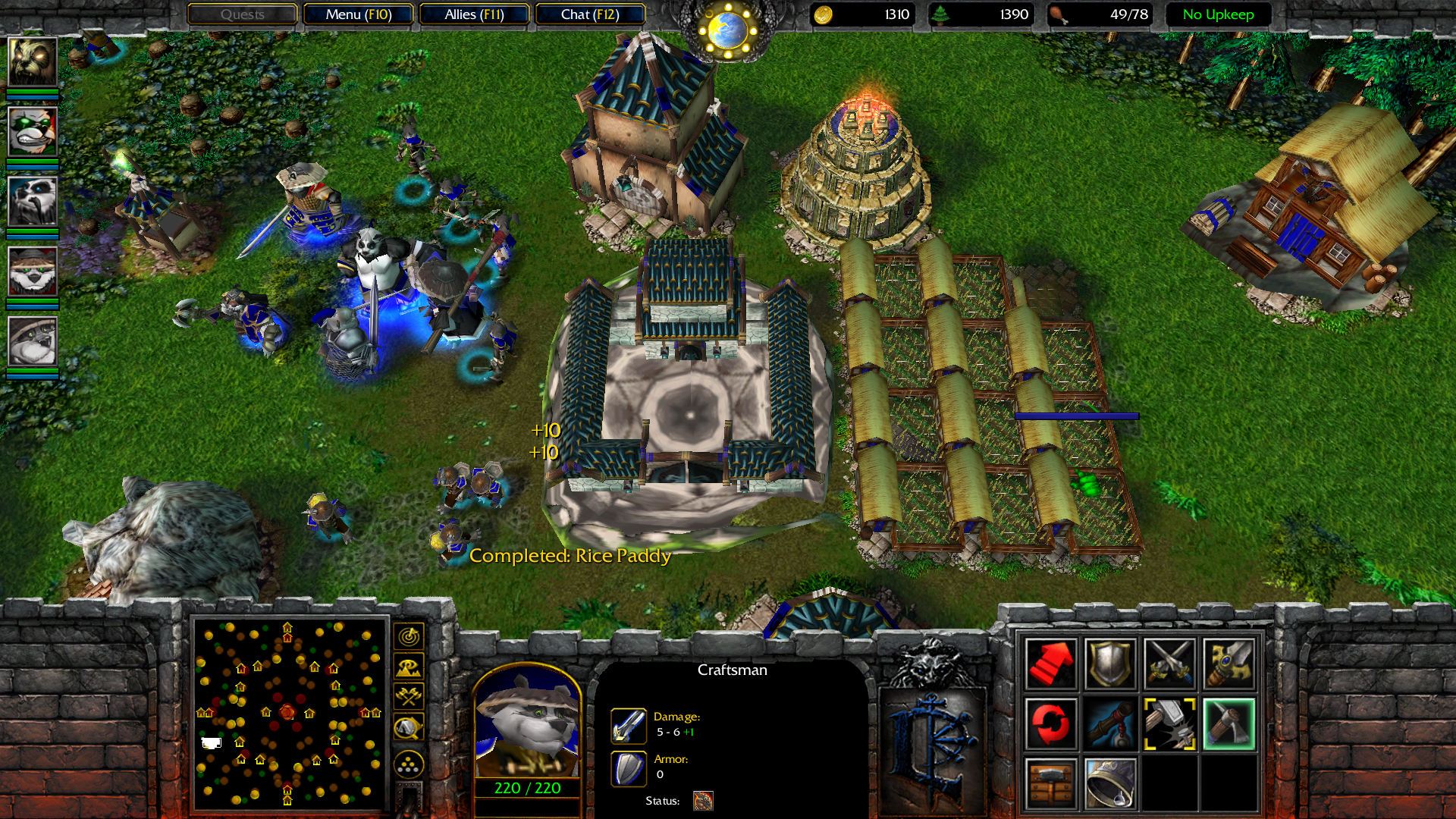 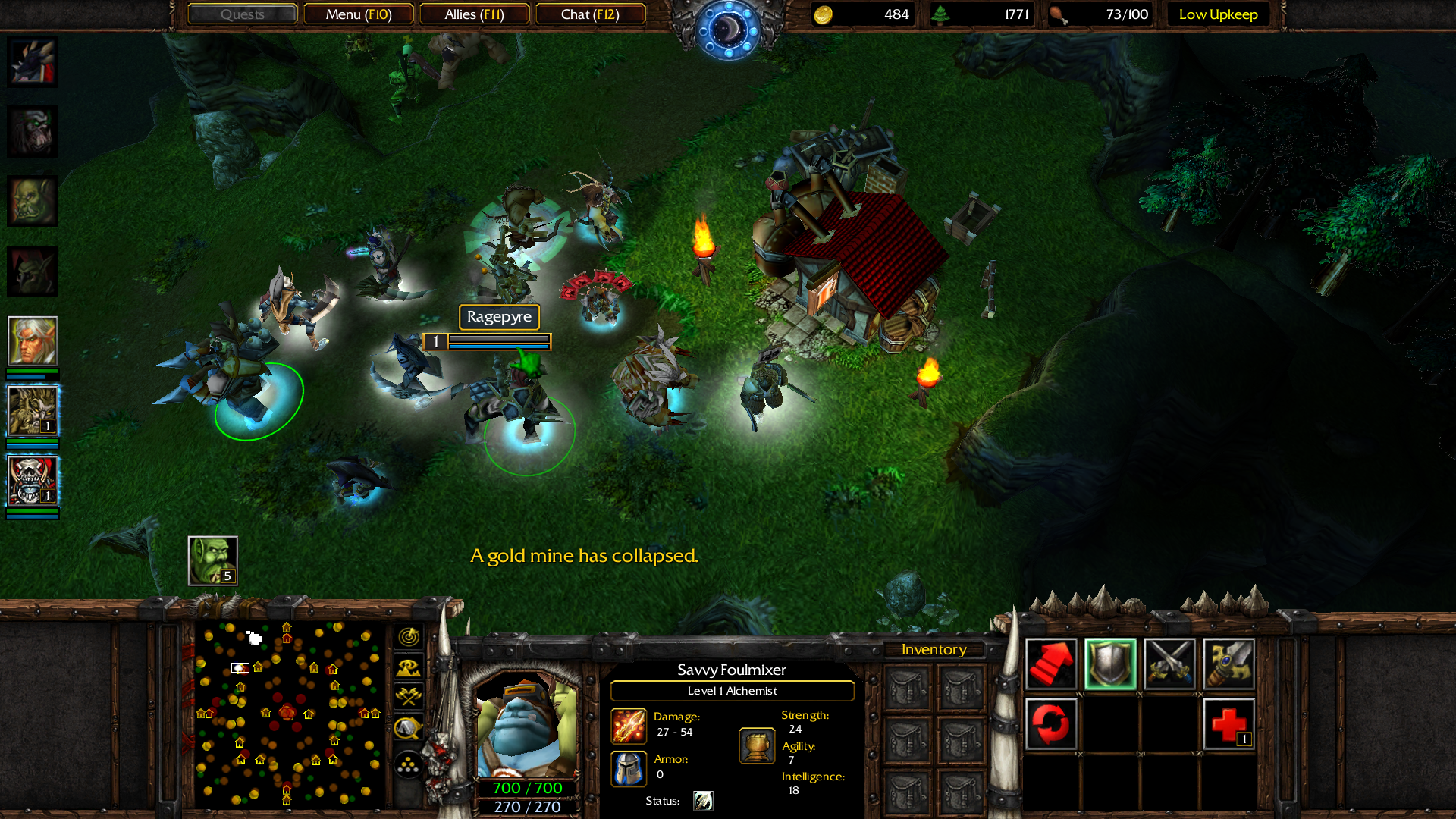 Maps 4
Allowing to get more than the normal number of heroes will favour heavily the high in apm players over the ones that are good at macro.

It is intended to be a somewhat different style from the original game. But you are correct. You could theoretically have all five of your heroes. Plus all twelve of the Tavern heroes. and if you could charm/enslave a worker from another player and build their altar you could have an army of all heroes. I don't think that will be a winning strategy but it is possible.\
Last edited: Dec 27, 2020

Maps 4
It is guaranteed to be the most winning strategy to make a 17 heroes army(85 food the rest is then spent on 15 peasants for using up the 100 food you have the right to use) if you have players as good as micro as the current best WC3 players playing your mod.
The entire balance on your mod relies on players playing this mod to not be the best current warcraft 3 players.
And you do not need mind control to have a 100% hero army: 5 base altar heroes + 12 tavern heroes makes 17 heroes taking a total of 85 food leaving low food for workers.
Heroes have abilities making them stronger than other units and the ability to spam them means that if you have the actions per minute to place their abilities well then a full heroes army will dominate.
The fact that I and yourself do not have 200+ apm and the ability to micro 17 heroes at once does not means there is not players able to do that somewhere.

Regular WC3 units does not have abilities like instant damage spells because else you would be able to nova instantly the first unit closing in then flee and other stuff like that while heroes have instant damage spells including instant aoe damage spells that when stacked allows possibly to instakill groups of units.
Imagine a frost nova, a pandaren fire breath and the goblin rocket storm and a naga witch lightning fork hitting at once and still room for healing heros and silence and summoned meat walls?
Last edited: Dec 28, 2020

Thank you for the feedback, Sincerely. I still think that getting to that many heroes requires that you survive that long. If you are putting all your resources into heroes and someone amasses an army of starting units to zerg you before you can level them up (or before you can train them all).... well that is all she wrote. Not to mention that everyone will be competing for Tavern heroes. So there is always that possibility IE balance. Everyone has access to the same amount of heroes (except with the use of charm/enslave). But your point is well made if you can manage lots of heroes and survive long enough to level them up then that is a serious advantage. But one available to anyone that wants to try. But you have made me think about the tavern a bit. I need to see if I can make the Tavern heroes all share a cooldown so that you can't just go up to the tavern and buy all the the heroes instantly. I will look into that. (ALSO note that the max Food supply has been increased to 110 to accommodate two extra heroes without otherwise affecting your build order unless you decide to go all in on Tavern heroes)

But please note. This is a MOD. I never envisioned it being used in any type of competitive setting as those tournaments and such tend to strictly prohibit MODs of any sort.

Thank you again for the feedback. We'll see what others think.

Maps 9
What is the Pandaren race based on? I haven't checked out the map yet.

Med. MapGuy said:
What is the Pandaren race based on? I haven't checked out the map yet.
Click to expand...

I'm not exactly sure what you mean by this question. Could you be more specific? I can give you the basics I guess. They are a fully playable race (minus a custom UI as mentioned above) with 12 standard units and five heroes. They are designed to be more or less equivalent/balanced with the original 4 races. Every race has its own flavor. The Pandaren have a standard worker and a infantry/lumber worker similar to the undead. The standard worker has call to arms to become a militia type unit. I was limited in this project by what models were available. There were enough pandaren models to make it work except for a lack of flying units. We therefore had a WoW style cloud serpent model made. They have spellcasters, artillery, you name it. We tried to stay with the lore as much as possible but were also dictated a bit by what models were available. Does that help? The best way to answer your question is probably to play the BETA test.
Last edited: Dec 29, 2020
You must log in or register to reply here.

Warcraft War of the Factions