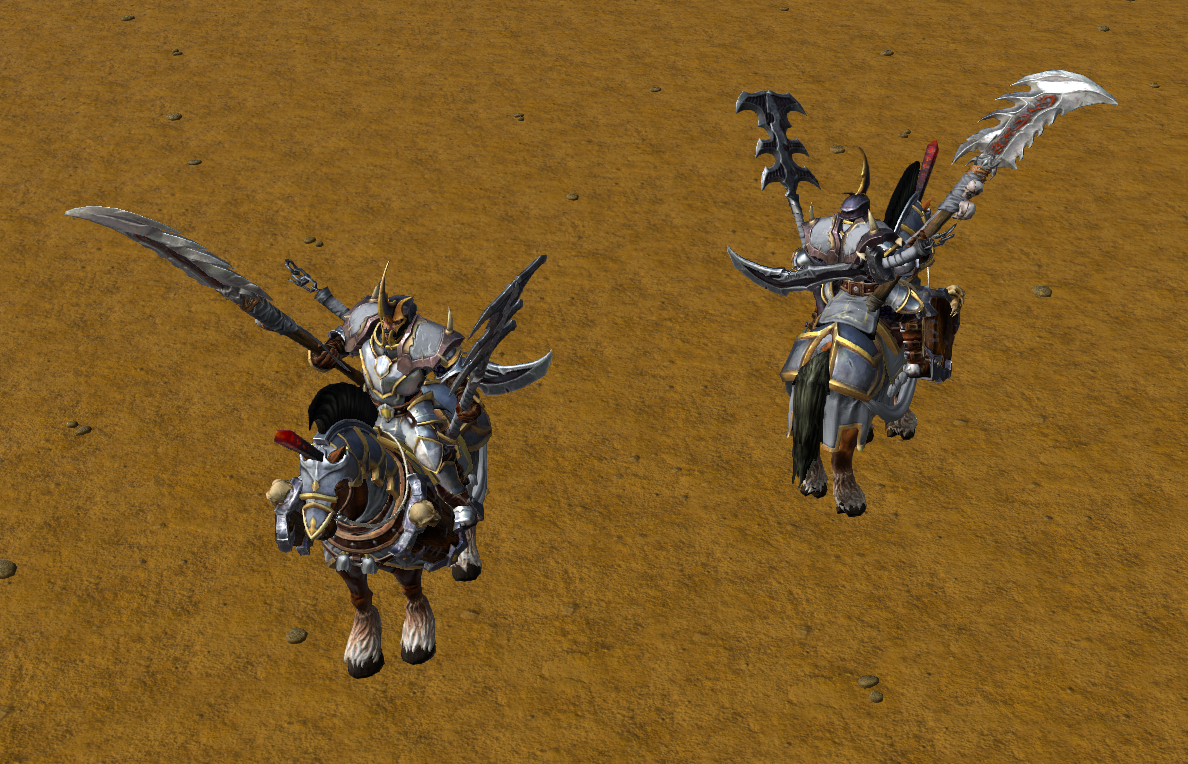 This bundle is marked as useful / simple. Simplicity is bliss, low effort and/or may contain minor bugs.
View usage Statistics Legacy download
Reactions: khang2000
An armored and deadly variant of the Knight.

Belagerungsritters are the Imperial Army's deadliest knights known to man, these mounted soldiers known for slaying Demons and Fel Orcs for spoils and glory. Equipped with their demonic armaments from slain demons, these Belagerungsritters can wreak havoc through enemy lines by intimidation and fear.

During the invasion of Outland, these Knights have defiantly feared the Demons in search for spoils of war, however, bloodshed and veterancy may have paid off by retrieving the weapons and armor of slain demons to modifying their equipment without any detours of being corrupted or possessed by demonic influences. Therefore, the Imperial Army created these fearsome knights called the "Belagerungsritter", these knights are so powerful and so deadly that its outdated demonic weaponry may have still a lethal effect on any soldiers of any ranks. In gruops, they are the deadliest of them all when encountered by the enemies of the Imperial force.

Change Log on 09/12/20: Revamped version, so the geosets will not disappear when standing.
Contents

Reforged HD Models 7 Reforged HD Skins 3
hmm is a file missing or something, got no model display in game or in editor

Update: Noticed you updated the file, redownloaded and reimported, model is now showing in all its glory,
nice job, that is one wicked looking knight

Much better than the original good work