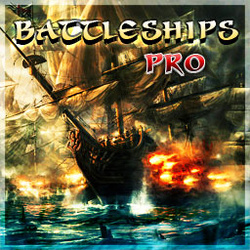 Each game involves a battle between the North and South Empires, which have up to five human players each. The game has enjoyed widespread popularity in recent years, and is enjoyed by both casual and competitive players.

Special thanks to Chevron8 and nargaque for their continued support of this series.

This patch is personally important to me as it marks over three years of work on BattleShips Pro (beginning Winter 2006) and is a milestone that I never thought we would reach (it is also our biggest update yet). Ushering in a new, improved era of the game, v1.20 features an entirely refreshed interface including updates to the multiboard, respawn system, command buttons, ship interface, and quests. This version removes the burning glitch that has haunted the map since I began development (watch out pros, the public matches are about to get more a lot more challenging!), and thus many items have been rebalanced under the new circumstances. Additionally, hostbots may now set the game mode of the map, bypassing the general player vote. General trends in this version include an increase in the effectiveness of repair crews in comparison to repair woods, an increase in empire strength (both buildings and creeps), and other changes designed to promote team battles and pushes. Additionally, v1.20 features a smorgasbord of new ship and item abilities that add flavor to the map while retaining focus on competitive play. Thanks for playing!

There are, of course, many changes, but for some quick highlights:

The Submarine is gone, and has been replaced by the Hovercraft: a fast, powerful, but light ship in the 2500 tier.
Ships' passive Onboard Mechanics Crew ability now scales with the ship—more powerful ships have stronger repair crews. At max level, a top tier supership can have 66 hp/sec repair without items.
Four new abilities: Tempest (Interceptor), Elven Haste (Elven Predator, innate), Onboard Cannon (Black Pearl, innate), and Mass Conceal (Ghost Armada).*
Burning removed. (Most higher-level equipment prices have been reduced for compensation.)
New visuals for Disrupt Beacon, Nautical Engineer Crew, Molotov Cocktail Cannon, and many more effects.
New interface icons and improved multiboard.
And much, much more.
*Four not including the Hovercraft's abilities.