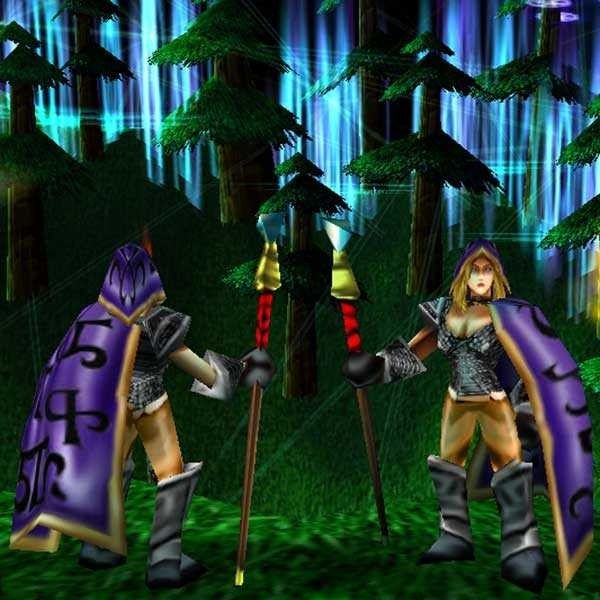 Skins 2 Maps 3
looks good... but needs a better screenshot that one looks like crap. :?

Skins 3
what's wrong with this?

Skins 3
well i added a new scr shot.Like it

Don't try to make your screenshot stylish, just show your charakter from all sides, front, back, two sides.
That's all you need
The skin really looks good, though.

Skins 3
There is nothing to see at the back.I tell you all
the cape is not very good!!!1/5 :lol: The rest is at the front.

remove that nasty reference to nudity near her hips plz
Click to expand...

Christ, he leaves one inch of flesh showing and you say that? Compare this to normal Jaina: do you wish Blizzard had covered her up completely? You want all your WC females wearing full plate mail?

The cape is just blurred too much in the wrong direction; it looks like it was blurred sideways. You don't really need that.

I don't like the trousers... just too many colours compared to the rest of the skin.

The shading on the shin part of the boots is off somewhat; it should be bright in the middle and dark at the edges. You need to exaggerate the difference in tone there as well.

Much better effort than ninety-nine percent of first and second skins on this site....

Oh, and on taking screenshots in WE: turn off lighting, doodads, and set terrain to hidden (View->Terrain->Hidden).

The chainmail looks MUCH better now.

Skins 3
man i don't know what's so nasty???I just left so small part showing up and it's not from the ....downpart.. it's part os her body.You see it gives vision that it's a smaller plate.

hmmm not goood it looks not different!

i think defiant is a new workskull, except not... a bastard... geeze at least hes nice about his point

Skins 3
this fucking skin is for deleting!It sucks my dick!!!

Models 22 Icons 5 Tutorials 23
Hehe... haven't seen Wormskull commenting by now. Anyway, pretty good armor but too bad your only changed was it. Making a new cape, perhaps a face helmet and a changed wand would've been much better. 3/5
You must log in or register to reply here.