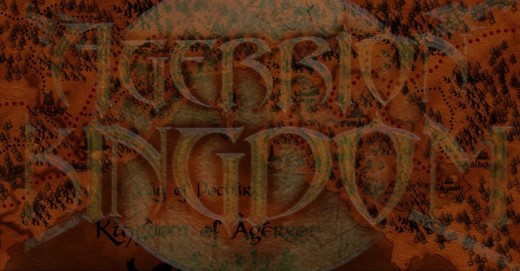 After the obliteration of Quel'Thalas, the human kingdom of Agerron,
that repeatedly battled with orcs in the past,
faces an enemy that even the brute force of Orcs cannot equal.
With orcs on the run and the enemy at their gates, the kingdom's military forces will have to act quick.
*throwing tomatoes by mister eggs*
FEATURES:
Some else stuff about map:

The campaign idea came from ByMighty, he offered me to work with him on the project.
But after his cancellation, after Chapter 2, all of the story came from me (Svetli).
I hope you like the campaign.
Good Luck & Hope you Have Fun! You can see more information for the campaign, here:

Image Description:
Edwuin in his base preparing for the Undead attacks 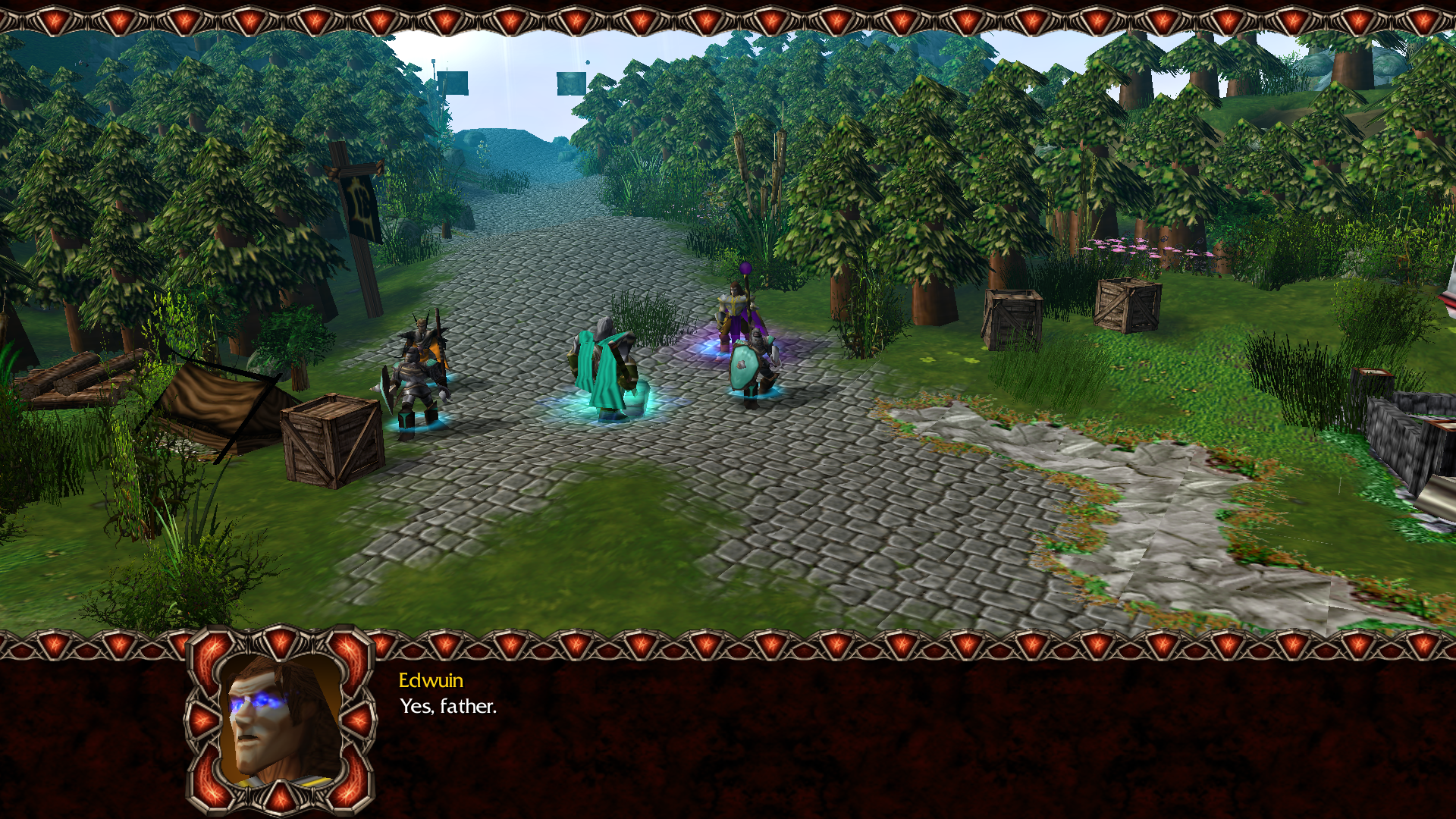 Image Description:
Edwuin and Therans preparing to besiege the City of Lorens 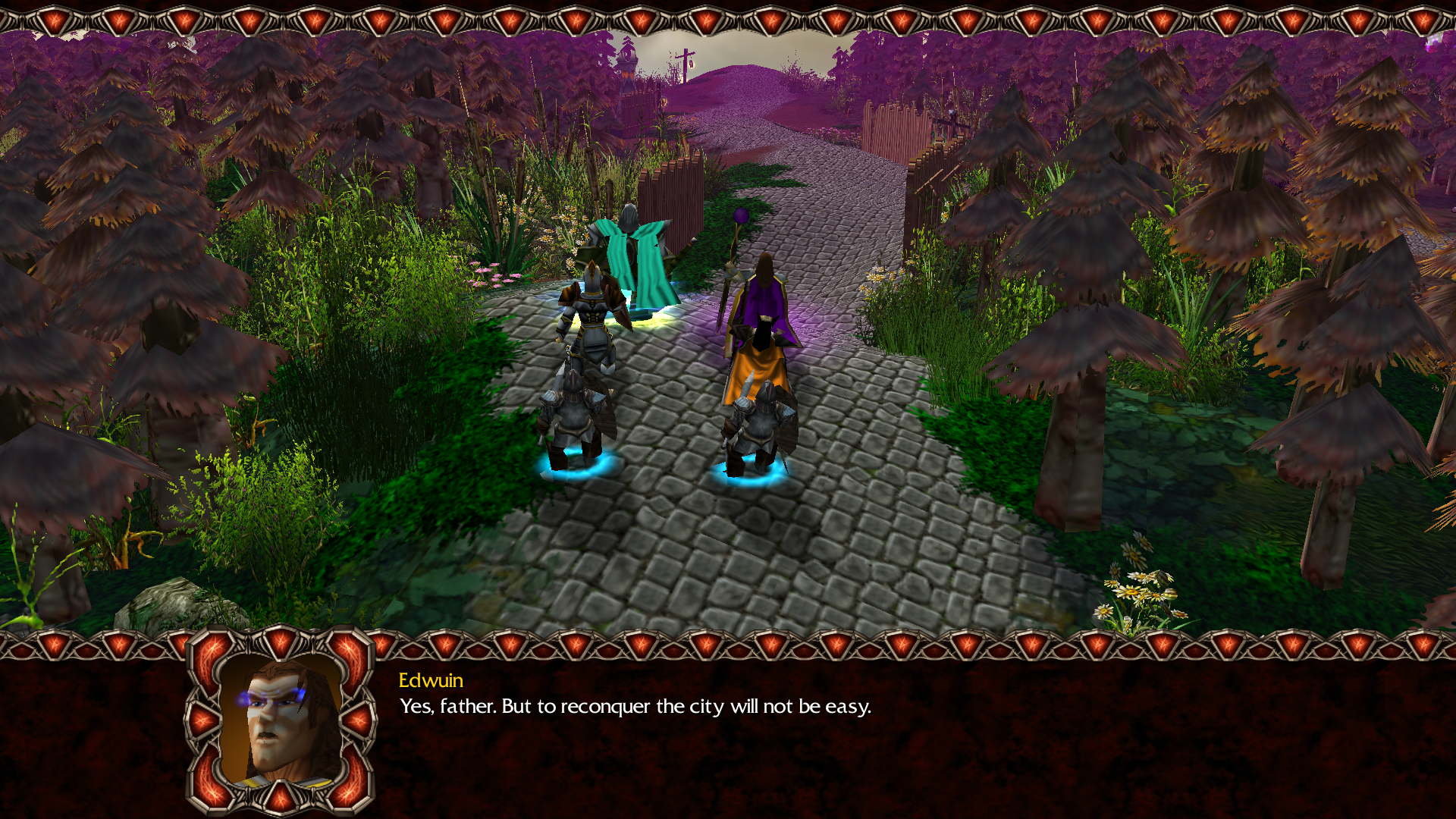 Image Description:
Edwuin and company in-front of the City 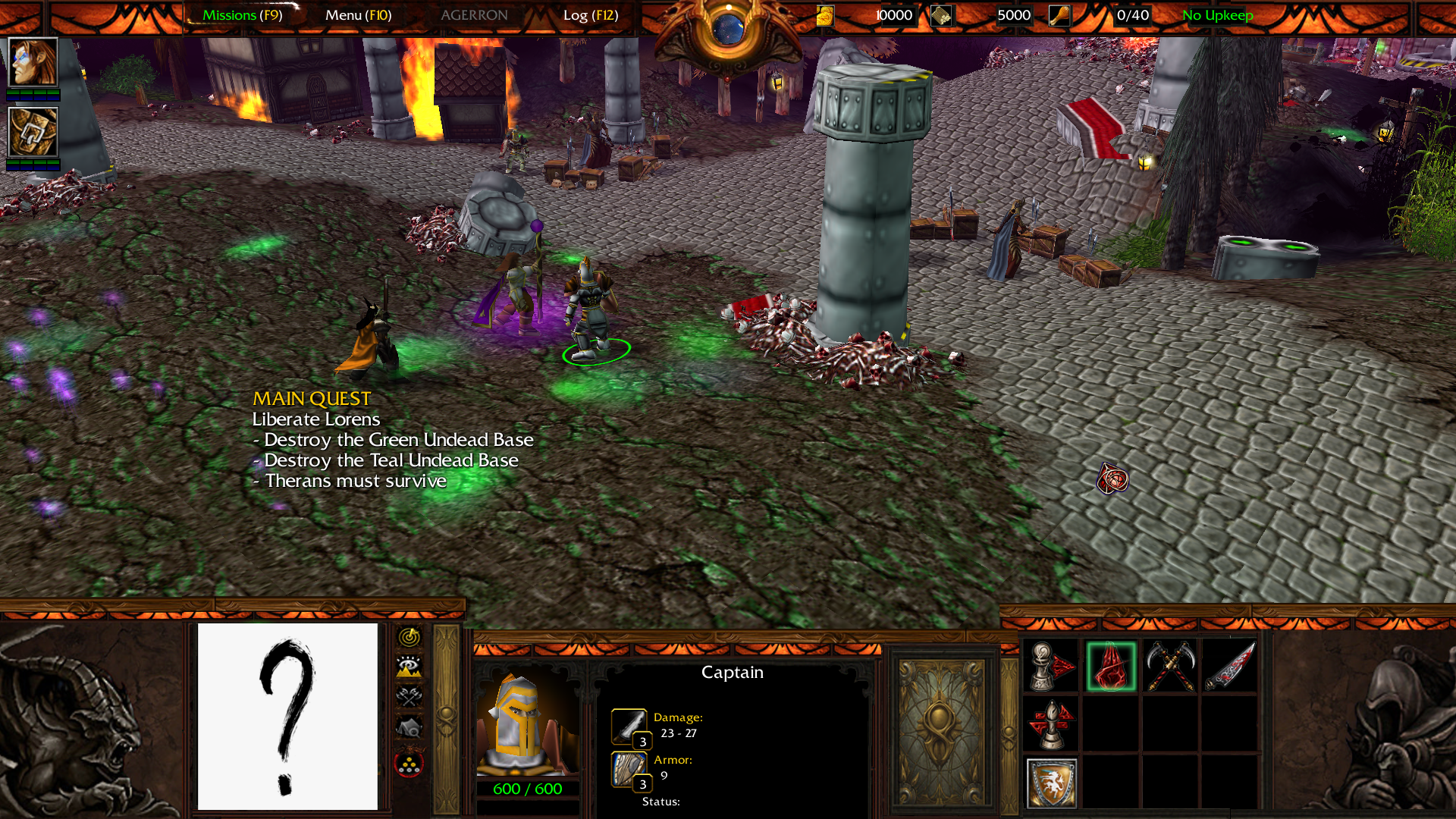 Image Description:
Ur-Shak discussing with his soldier the situation 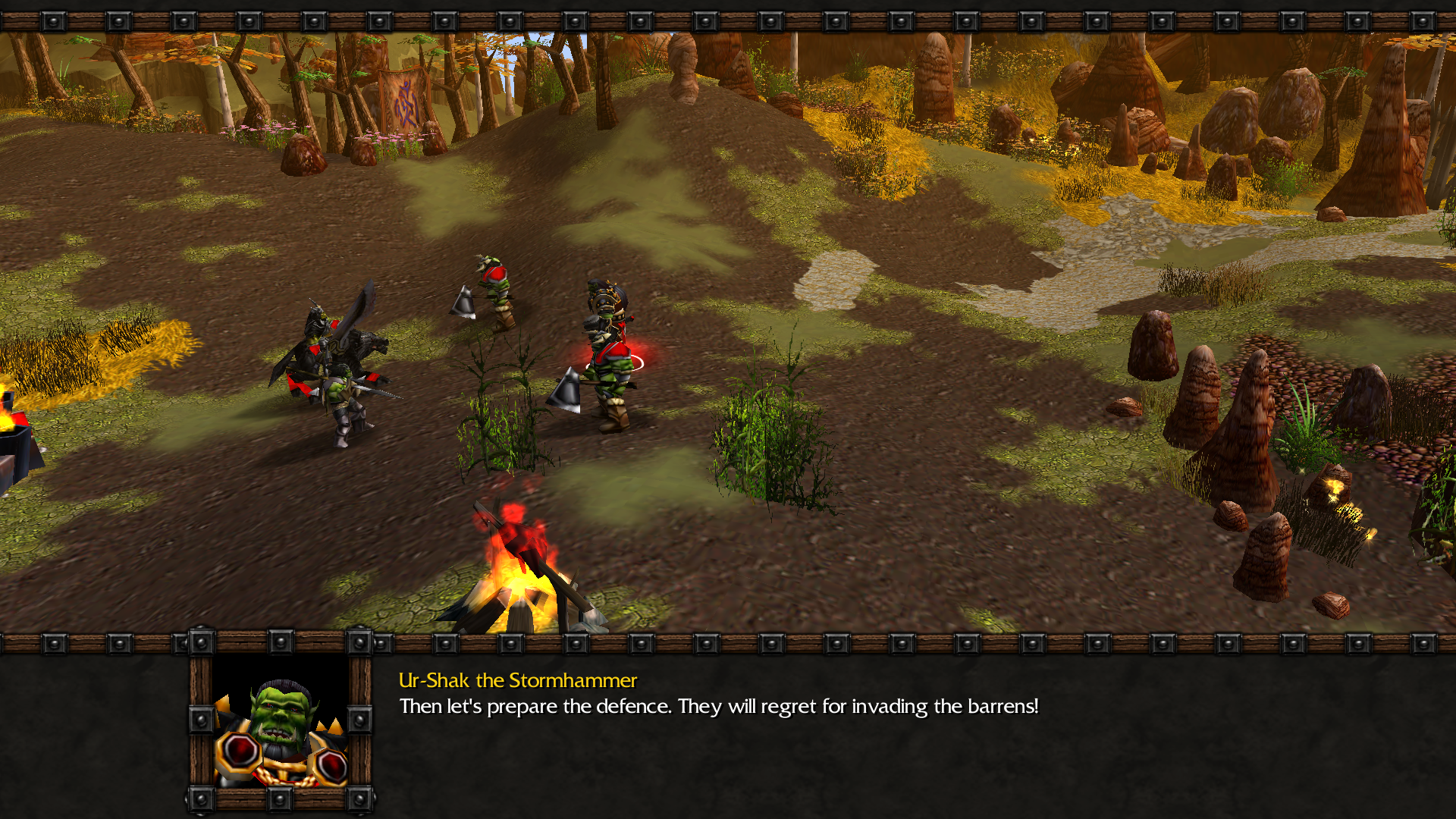 Image Description:
The Messenger in-front of the King's Hall 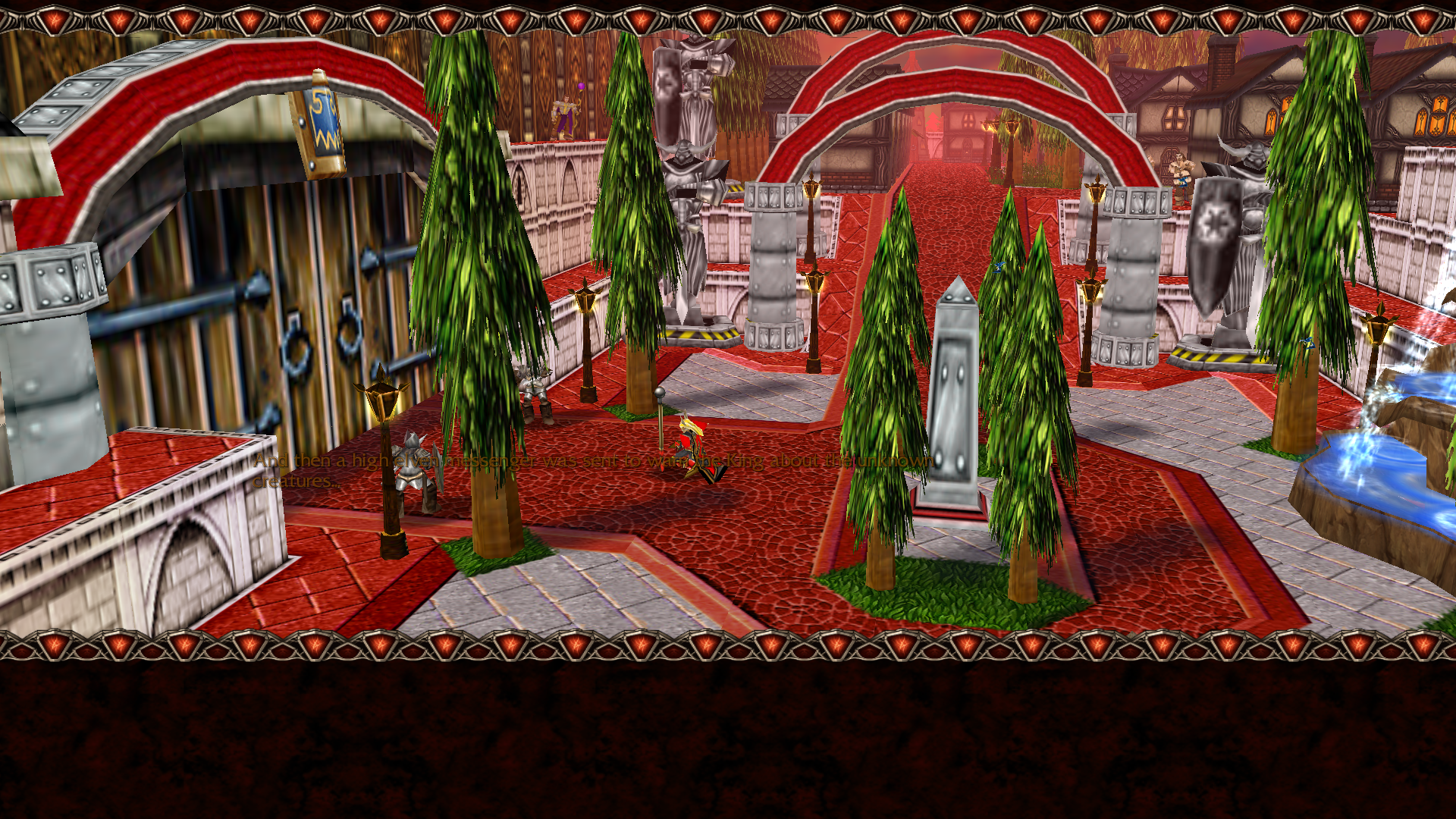 Image Description:
A street in the Agerrion capital 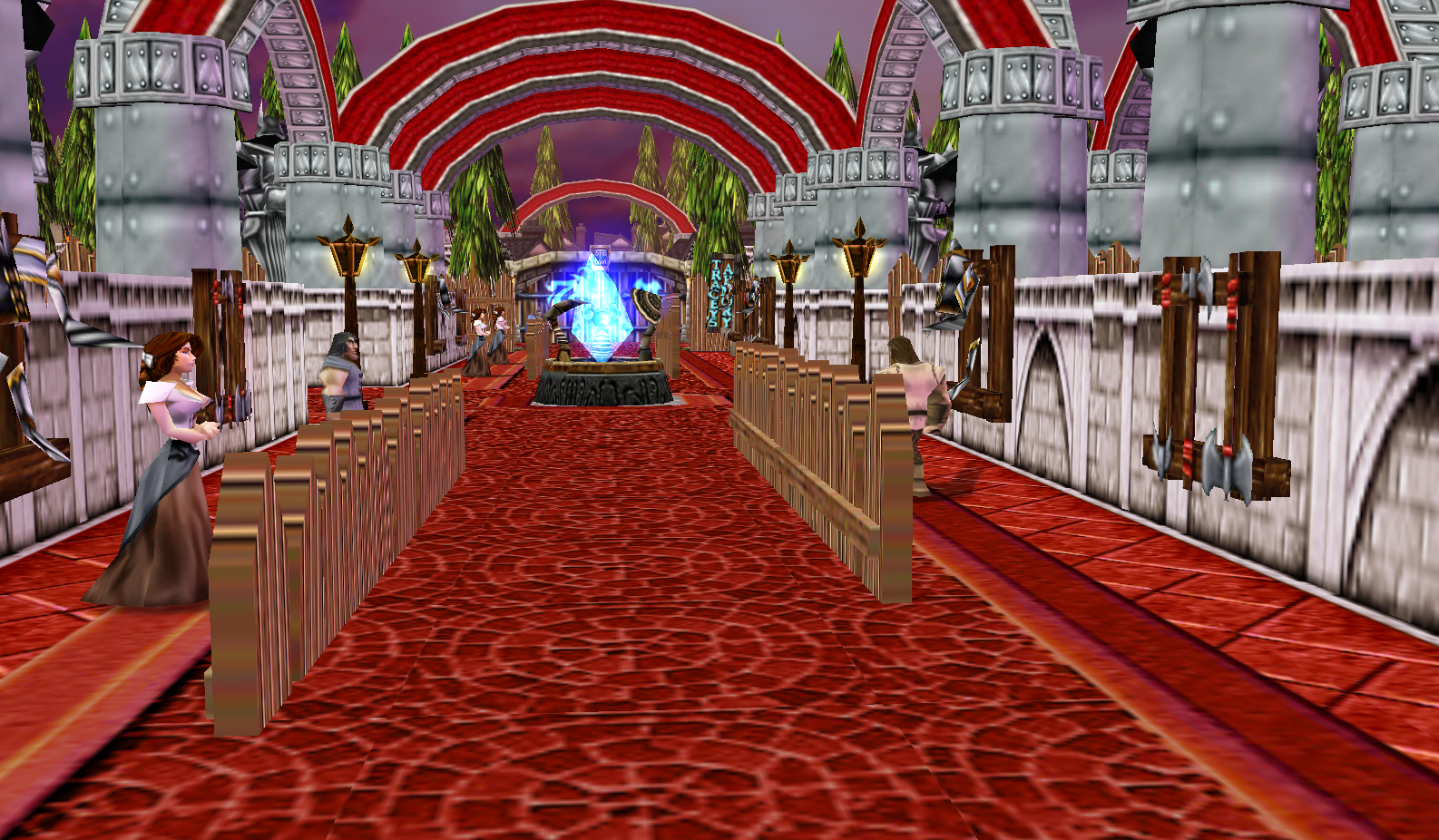 Image Description:
An Undead Army preparing to fight with Ur-Shak 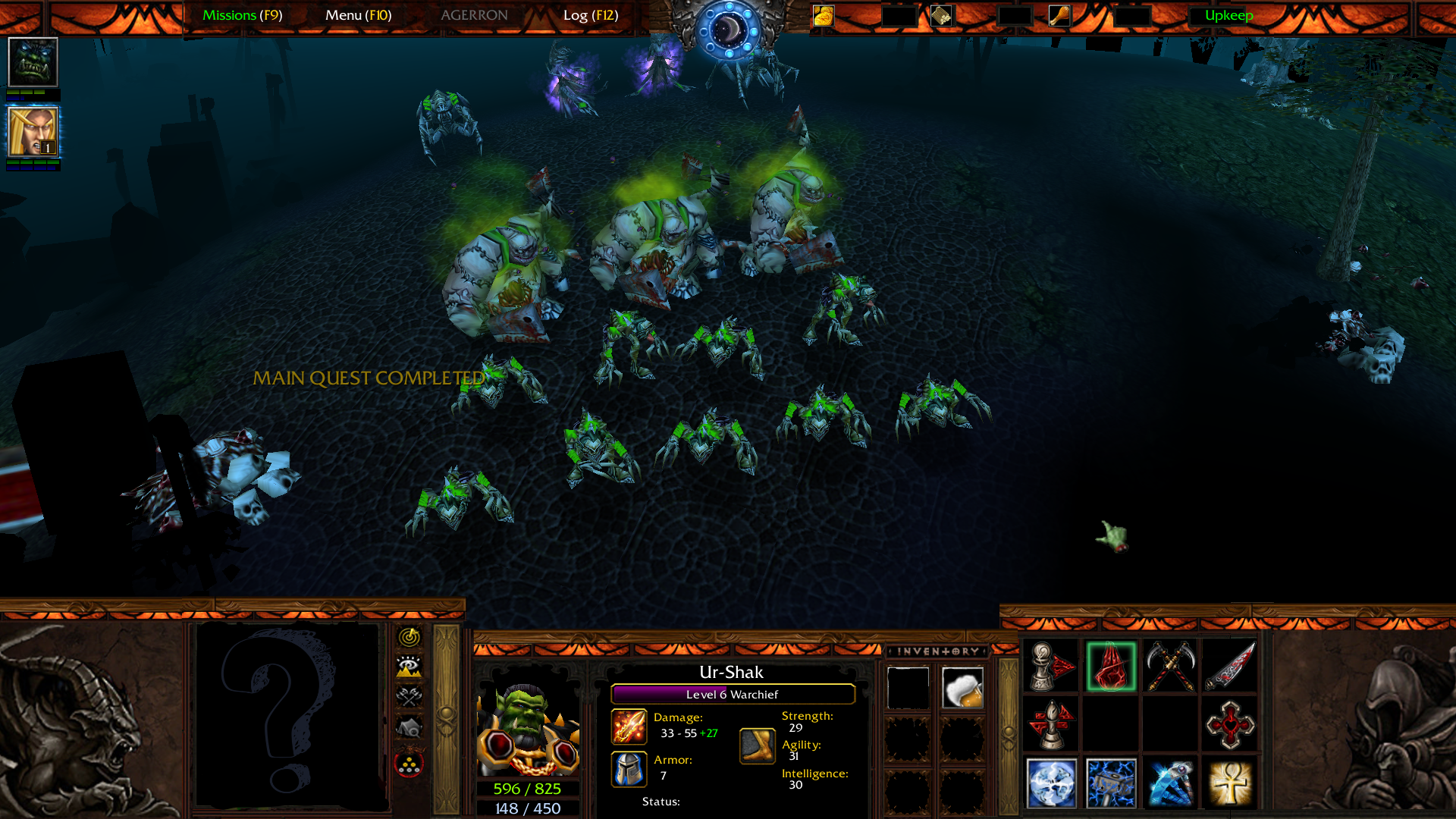 Image Description:
The road to the capital city in snowy weather 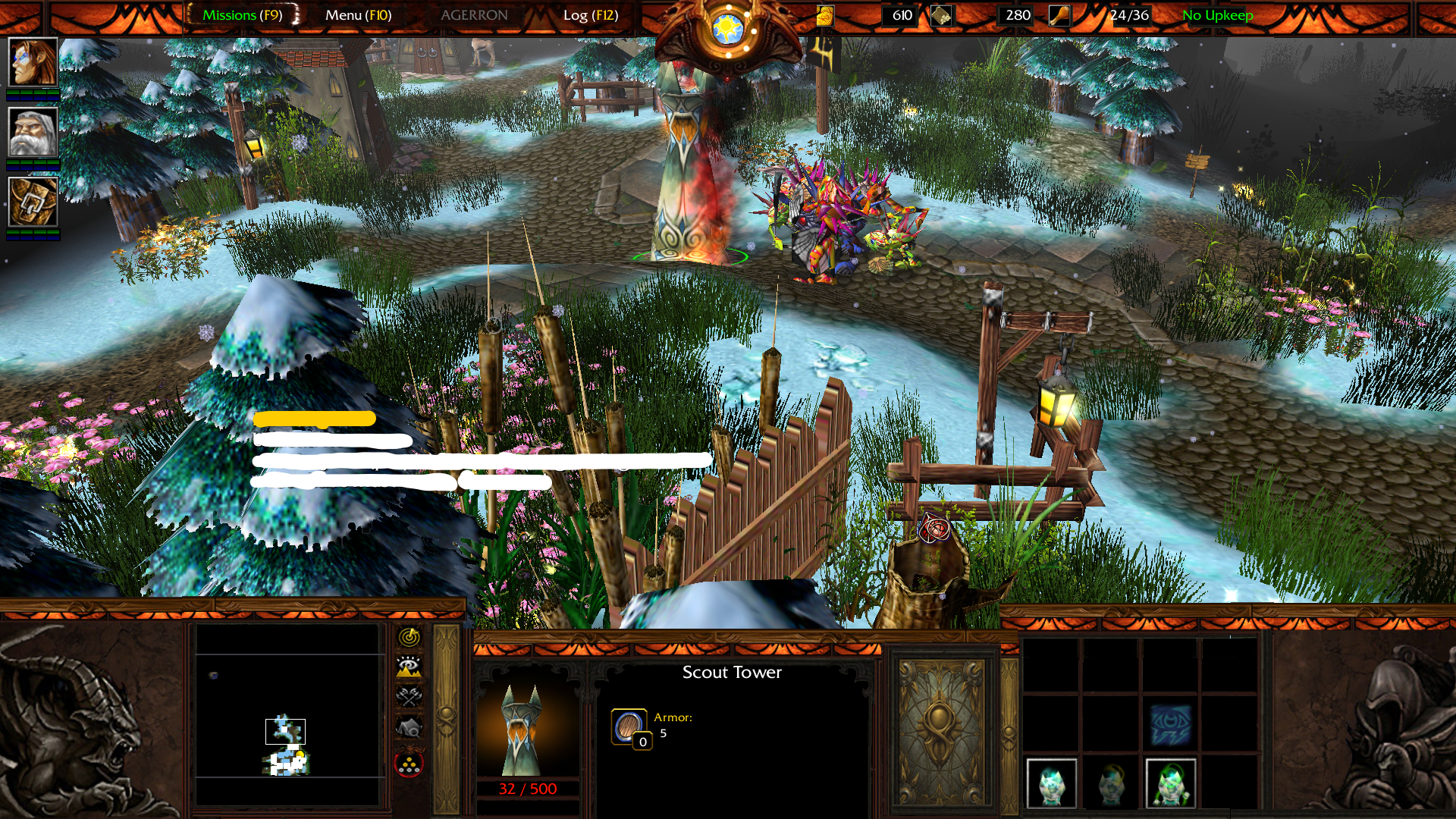 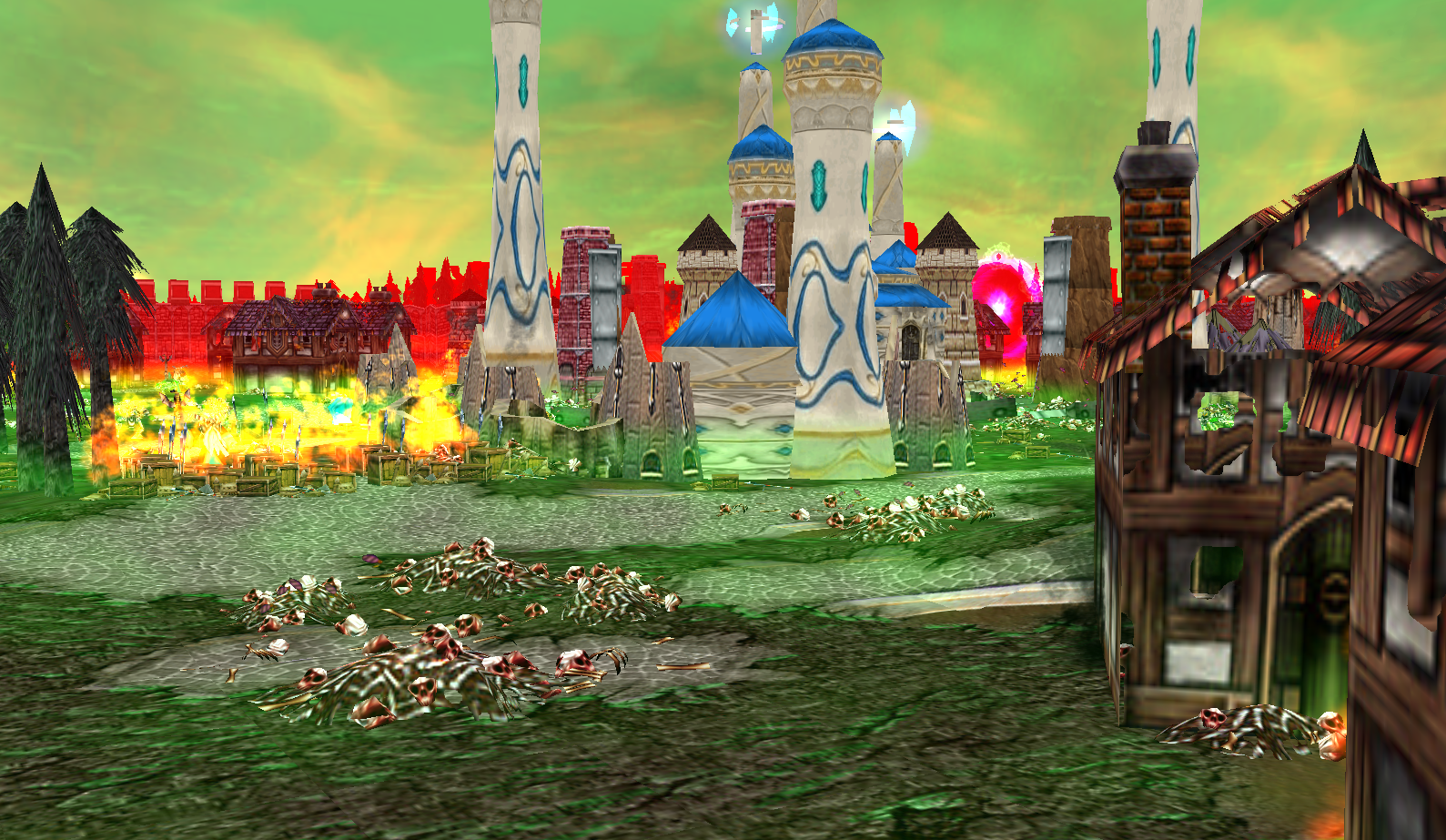 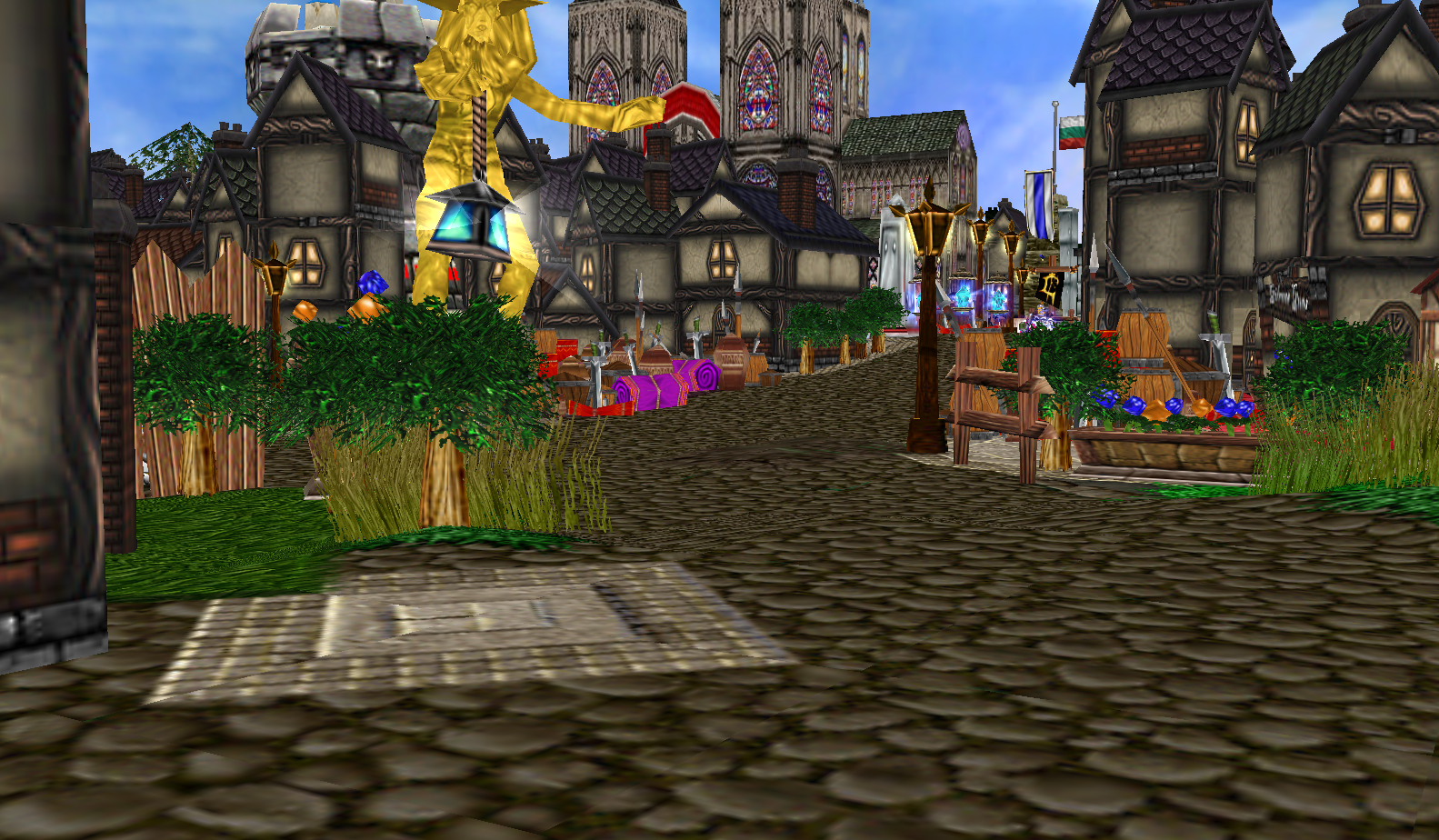 Image Description:
The City of Kerragor 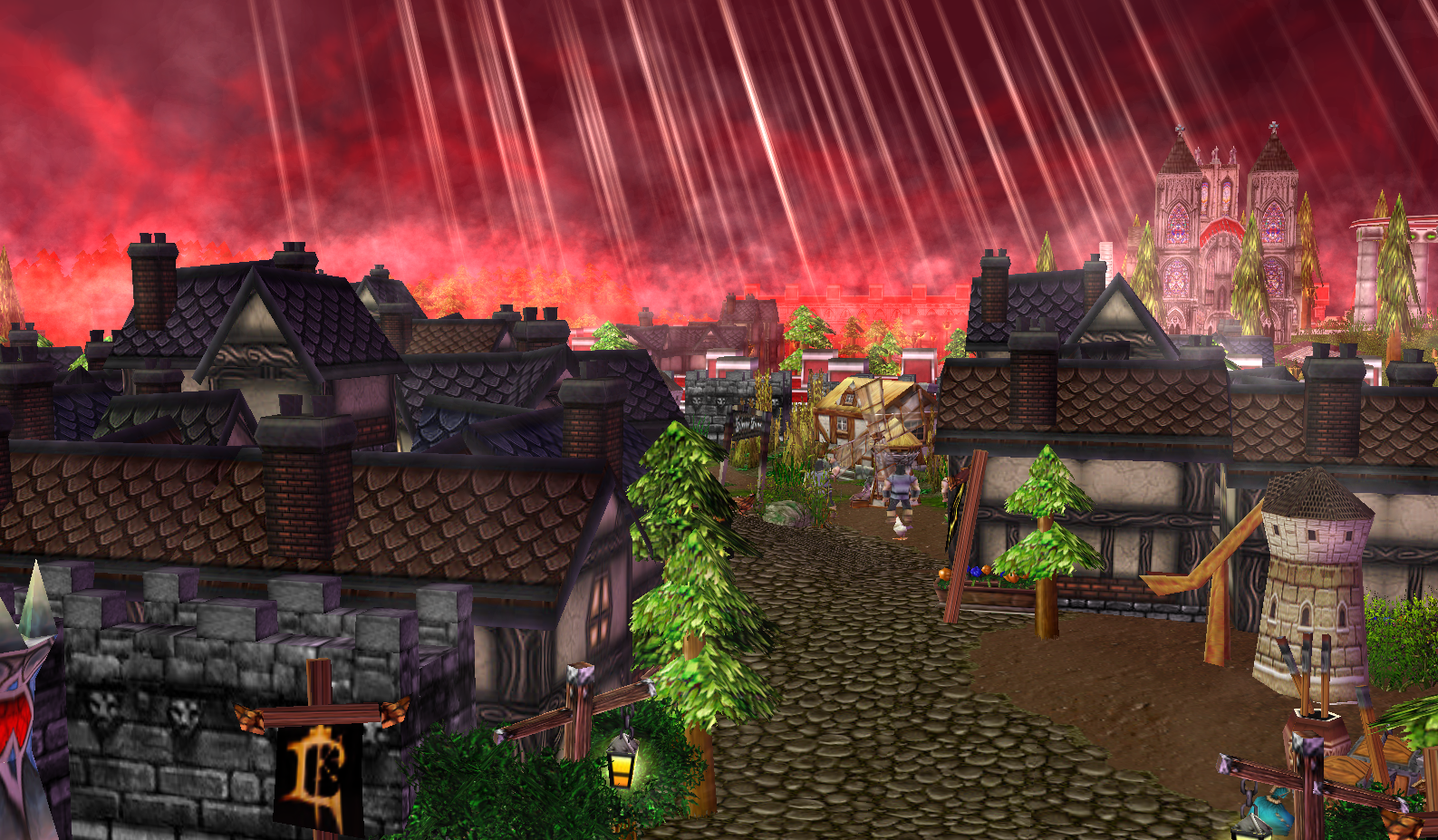 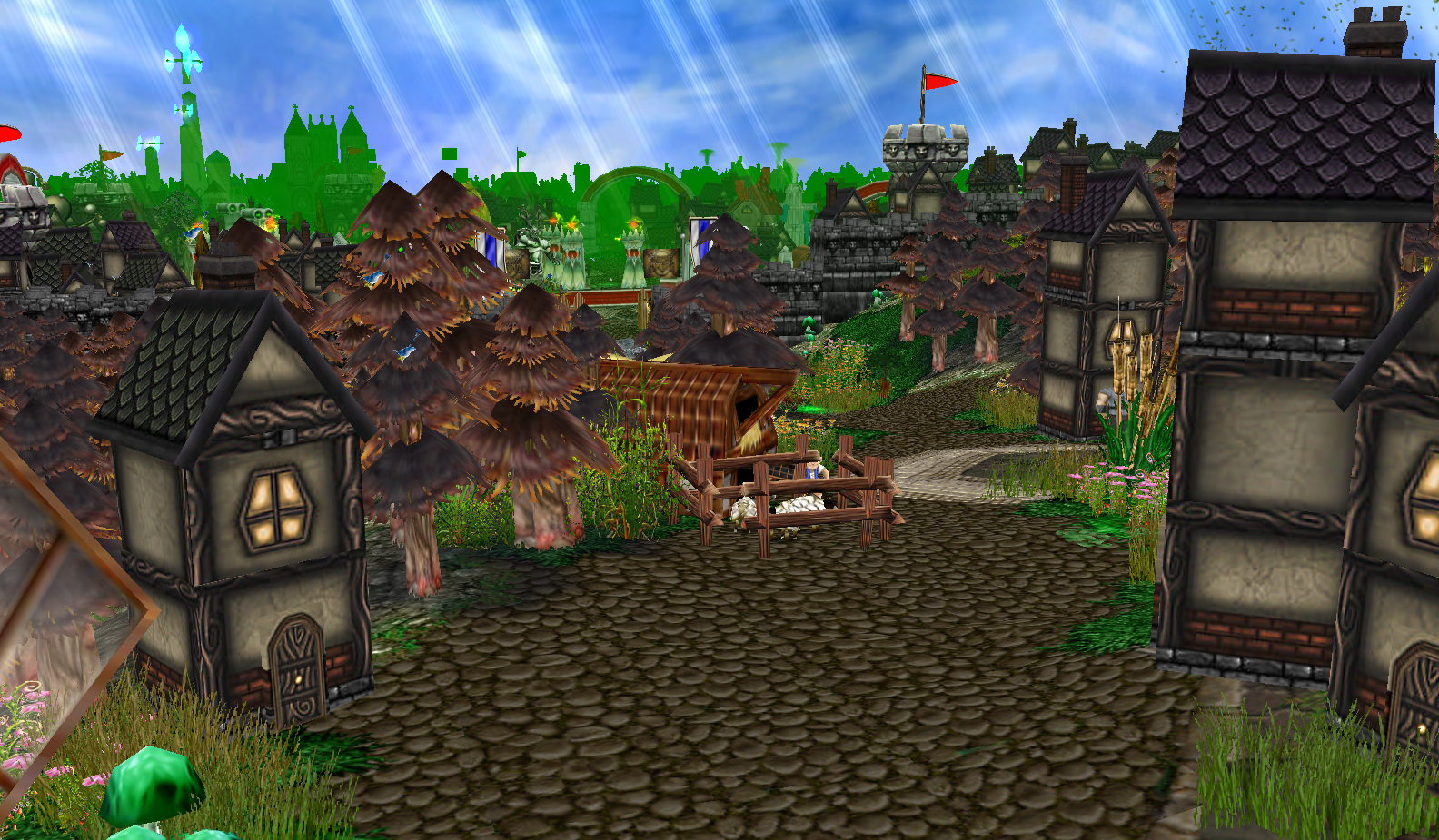 Image Description:
A shore near the camp 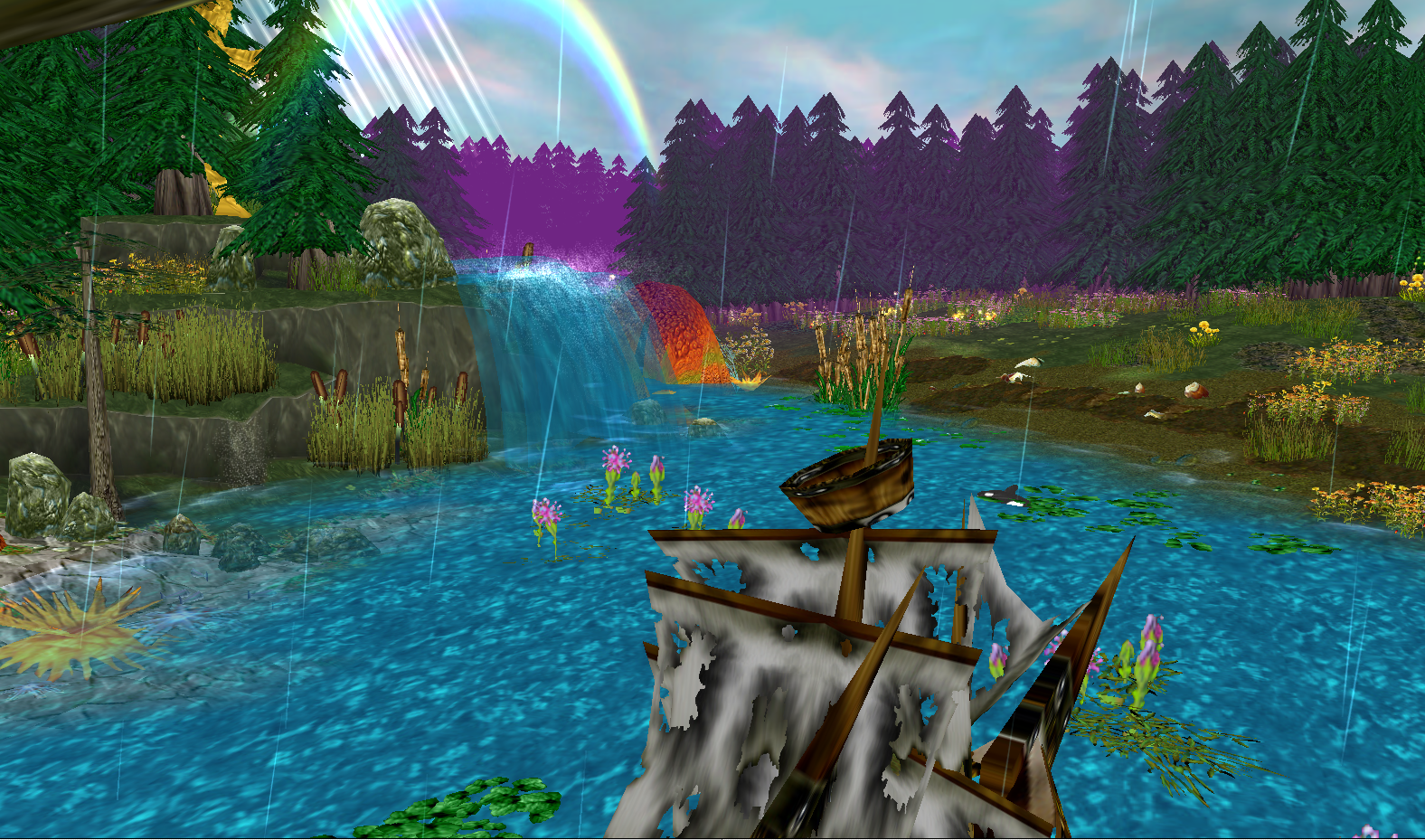 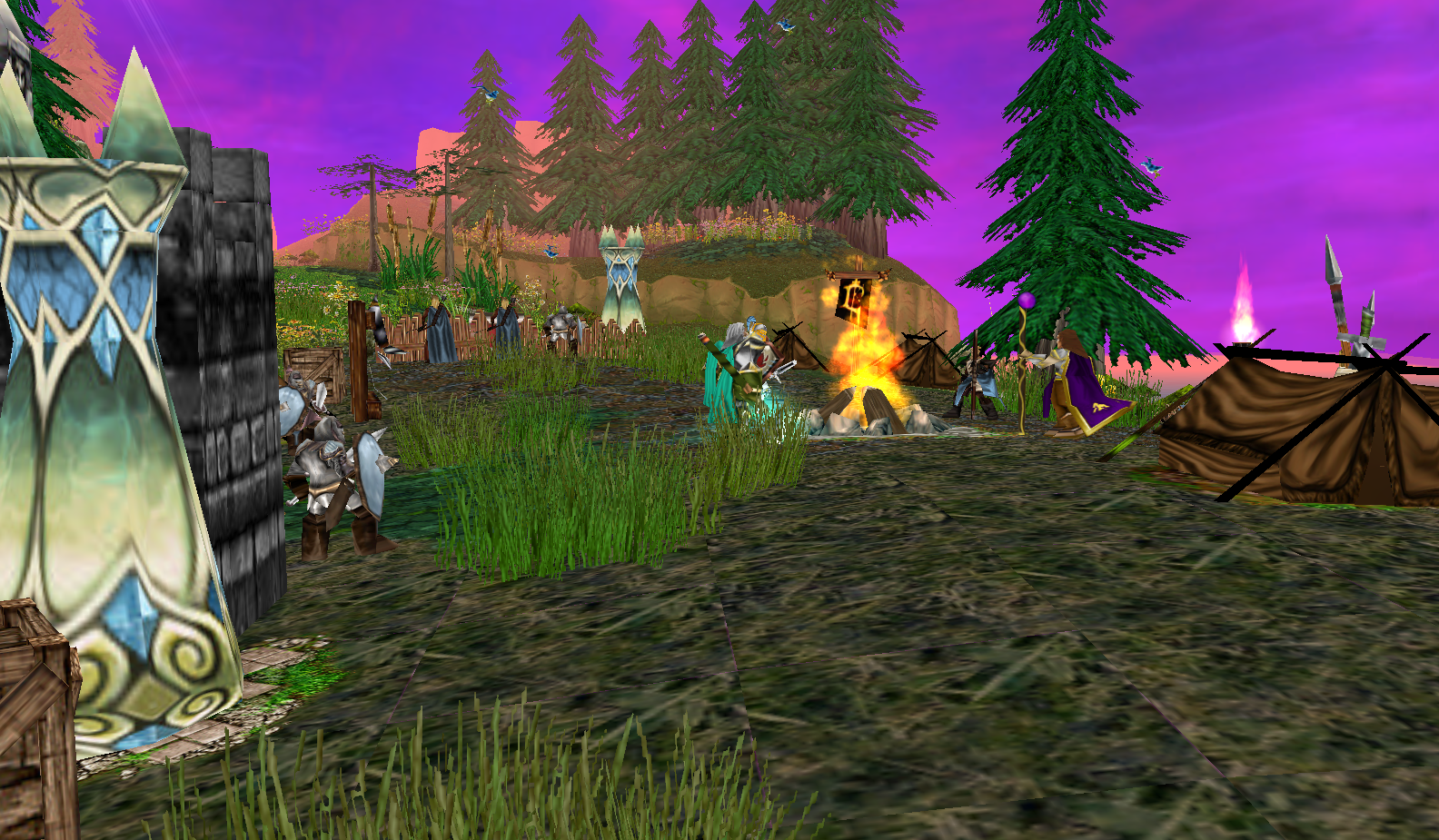 Unique Items, that can be found only on Hard difficulty:

Gloves of White Magic
Unique
Grants the ability to control summoned units. Also increases the intelligence of the Hero by 4 and mana by 75 when worn.

Berserkers Armor
Artifact
Increases the armor of the Hero by 5 when worn, also reduces Magic damage dealt to the Hero by 33%.

Crown of the Fallen King
Artifact
Increases the Strength, Intelligence, and Agility of the Hero by 10 when worn.

Doombringer
Artifact
Increases the attack damage of the Hero by 20 when carried. Also causes the Hero's attacks to steal life.

- Added a crown attachment to the King
- Knights have a new model and icon now and are renamed to Cavalrymen
- Riflemen also have a new model and icon
- The spells from the book of Lorens are now fixed
- Fixed some grammar mistakes
- The name Dalgen is now fixed to Dangel, which is the true name
- The intro cinematic of chapter 2 is now longer, in which shows the possessed Ares Stormborn
- After the intro cinematic of chapter 5, the peasants will now start to harvest directly
- The name of chapter 5 ''Return to Blockade'' is now changed to ''Return to Agerron''
- The music in chapter 2 is not repetitive now
- Added models to scrolls and a model to lesser clarity potion
- Changed colors of runes
- Edwuin's Brilliance Aura ability now has a PAS and DISPAS icon I made
- Agerron's Battle Flag item now has a different icon and color
- Changed loading screens info colors, so the info will be seen more clearly
- Added a Ghoul Warcry sound in Chapter 1, when destroying a cage and freeing it
- Added a cannibalize animation to Ghouls in the plagued village in Chapter 1
- The skin for the sorceress is now working

2018 4.1d:
- The mistake where the button of chapter 4, part 2 doesn't show is fixed, along with other one
- The enemies in the end of the last chapter are now a little stronger
- Dialogue changes

2020: 5.0e
- Changed cinematics drastically
- Added new cinematics
- Longer and more informative cinematics
- Added plenty of new items
- Added 2 new maps: tutorial and a chapter
- Changes to the abilities of Heroes
- Added the ''Blessing of Sorcery'' ability to Edwuin, which contains 3 different auras for you to pick
- Terrain changes and overall a far better terrain
- Added more dialogues and story
- Story changes
- Dialogue fixes
- Added credits to the epilogue
- Added the logo to the prologue and epilogue
- Added new doodads, secrets, easter eggs, text messages and many more
- Fixed some Q,W,E,R hotkey bugs
- New and far better Loading Screens
- Changed almost all models of items to HQ treasure chests
- Added new music
- Added new quests
- Added new flags of Agerron and more
- Changed difficulties from: Normal, Hard, Insane to: NORMAL, EASY, HARD
- Gameplay changes and new characters
- New campaign preview and hundreds of new images
- Added new Orc units: the Trolls: Troll Berserker, Troll Spearman, Troll Headhunter
- Added new undead units
- Added a snowy christmas version of the campaign (You may play it when it's winter)
- Changed the models and icons of Archers and Blood Elven Archers
- Fixed the towers attacks and missiles
- Added a new missile to Edwuin
- Added new icons and models
- Gameplay changes
- New quests info and rewards info
- You can now control the Dragon Hunter Malak
- New boss fights
- Nostradar has now more hit points, but runes of healing, mana, resurrection will spawn constantly
- Added new quest requirements to Chapter 3
- Added more gameplay to Chapter 4, Part 1
- The hints, game messages are better now
- New campaign info
- King Andre I has now more appearances
- The end of epilogue has been fixed
- Changed the name of epilogue to The King's Meeting
- The Blood Elven upgrades have new icons
- Changes made to the Blood Elven towers
- The Human Lumber Mill and Blacksmith have improved models with player color
- Innubis Shadowman has speeches and a character now
- Clouds of Plague now have a special effect when cleansed
- Added different heroes in the waves of Chapter 2: Undead and Humans
- Units now carry flags
- Added a scepter to King Andre I
- Changed model of the Advisor of the King
- Advisor of the King has now a Hero Glow
- Cheese item can now be eaten and have a new model and info
- Item changes
- Ur-Shak can now use his Wind Walk for important tasks
- Added archers to the tops of the towers
- Added Character Stories to the Town Halls, Towers in Chapter 2 and Barracks in Chapter 4, Part 3
- You can now upgrade your towers in Chapter 2 to attack the undead
- Fixed the bug where Therans goes to attack the Undead in chapter 2, but doesn't go back to his place
- The Optional Quest in Chapter 4, Part 1 is better now
- Added 2 villagers that beat themselves
- Villagers now move and can be attacked
- When certain amount of villagers get killed: Necromancers will summon the Flesh Golem
- Added the plants: Malue Flower, Lightforge Flower and Sunfire Plant
- Special items can only be found on Hard difficulty now
- Fixed the bugs where Edwuin and Ur-Shak's Hero Glows dissapear when attacking
- The undead waves in Chapter 1 are now coming a little lately
- The Landmines in Chapter 1 are now dirrectly in Edwuin's inventory and are a 1 item with 9 charges
- The items from Ur-Shak and Ashton in Chapter 5 are now better placed
- The final undead units in Chapter 5 now wander and are harder to defeat, they can be seen without the map being explored
- Houses are now units and can be destroyed
- Added wine-red trees in Chapter 1 that can drop items and blue trees in Chapter 4, Part 3 that also drop items
- Changed the colors of runes
- Changed textures of city structures
- Added new Tilesets and Ground Textures
- Added a new wide User Interface and changed the color of the tile from blue to red
- You may type as a text message ''Hometown'', ''Author'', ''Secret Level'' and so on to receive information and rewards...

MUSIC:
AC/DC
Into the West
Monster Kingdom
World of Warcraft

Blizzard Entertainment - (Sadly they are no longer with us

Author's notes:
Svetli: After 5 years of hard work, I can finally and proudly say that this campaign has been finished... With lots of custom stuff and story after the long way:
The campaign now stands as an anti-depression rock to make you happy!
Thank you for your time and enjoyment!


Other Campaigns in Svetli' Series:
Prologue campaign: The High Elf Survival (In Development)
Sequel campaign: The Fate of Ashenvale 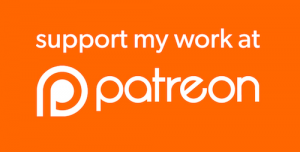 deepstrasz
I'm sorry @Svetli but since you continue with your impudent behaviour (https://www.hiveworkshop.com/threads/the-fate-of-ashenvale.317055/#post-3361469), I have no option but to also Restrict this campaign. [spoiler] EDIT: "Er ist wieder da" [spoiler]
Read full review...