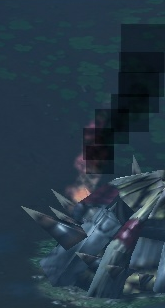 The original 'Demo' levels have a major difference from the version that was included as a Custom Campaign in Frozen Throne: The Murlocs themselves. I was disappointed, but not surprised, to see this difference maintained when these levels were added to the Reforged campaign.

While the ones in the Frozen Throne version are more like the standard game version, I admit I am a bit nostalgic for the novelty of the original demo. Ultimately, it is a subjective issue. Still, I will list out the more notable differences between these two sets of murlocs.
All of these can be verified with a copy of the original wc3 demo.

I realize this was probably a lot of nit-picking, so I should end by saying this project is clearly a massive undertaking, and the amount of work you and your team put into it cannot be overstated. I had a lot of fun playing it, even though I couldn't quite get past the last mission on Hard/Faster. Absolutely tremendous job, and I certainly look forward to seeing what comes next.
Last edited: Jun 30, 2022
Top