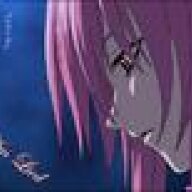 Monster with 13 Faces · From A magical place, full of self-impaling unicorns, c